Overall involvement of youth from the Wapichan villages located in the South Rupununi. Territorial monitoring and conservation of traditional agricultural and forest maintenance techniques. Working between generations towards the preservation of oral histories, traditions and ancestral knowledge.

The Wapichan territory in the southwest part of Guyana is one of the country’s most biologically rich and diverse areas. It encompasses the Upper Essequibo basin as well as the extensive Rupununi savannah. The area comprises diverse ecosystems, including: tropical rainforest; tropical dry forest, mountains with altitudes ranging from 305 to 915 metres and seasonally-flooding wetland ecosystems, which create a passage between the Essequibo and Amazon basins. 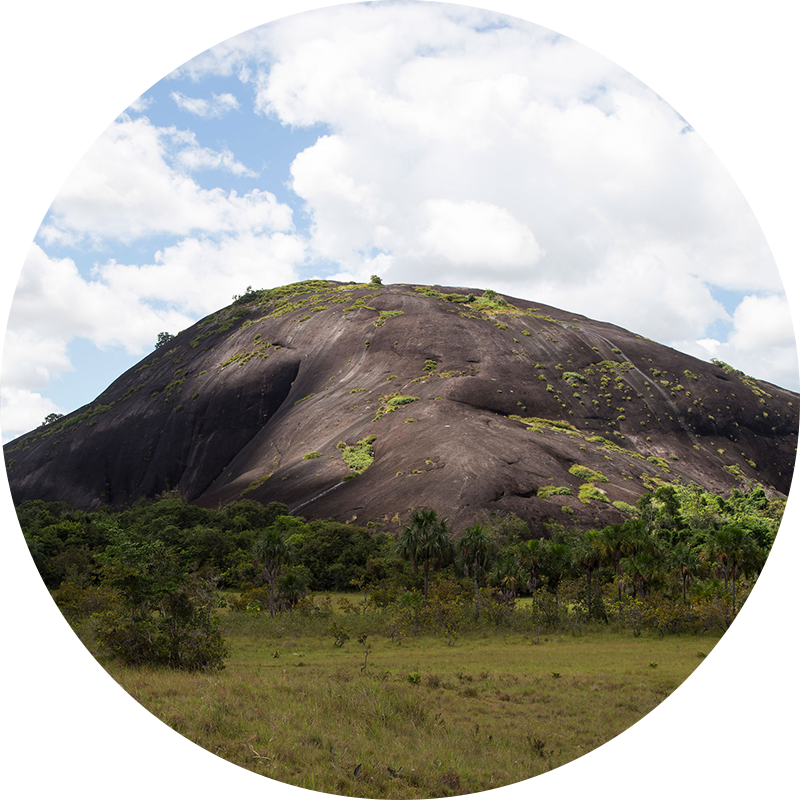 “It is through language that we connect with other traditions like respect for the land, knowledge of how to use it, knowing the different seasons, knowledge of medicine, food, craft, and dance,” says Judy Winter, 18, explaining with concision why she and her community defend their customs.

The strength in the words of this young woman, in spite of her age, might astound many. But it makes perfect sense when Judy speaks about the project she has been working on. For over a year, Judy has traveled widely among the towns and villages of her home region, searching for elders and what she calls knowledge-holders willing to share the traditions and wisdom that their descendents have mostly forgotten. 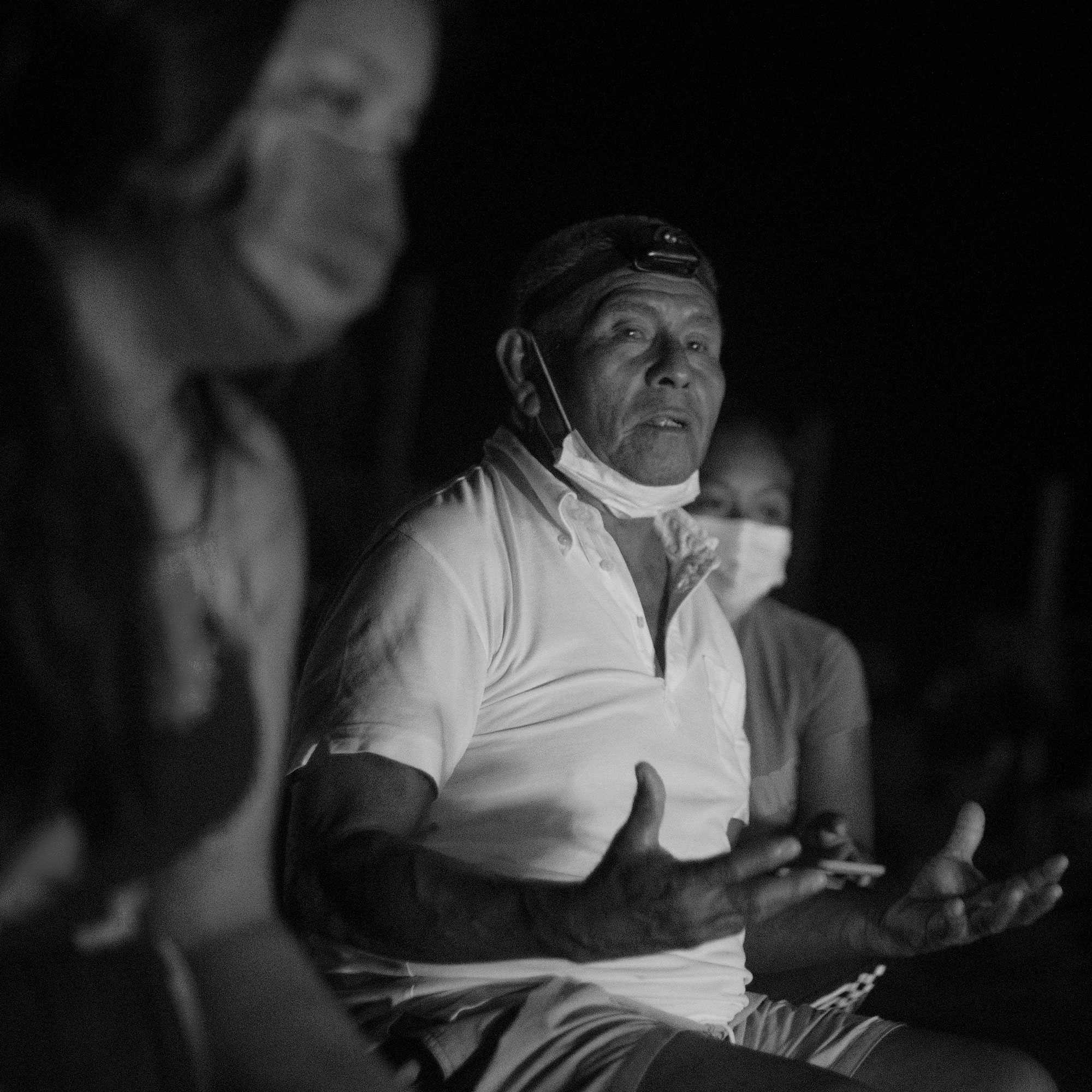 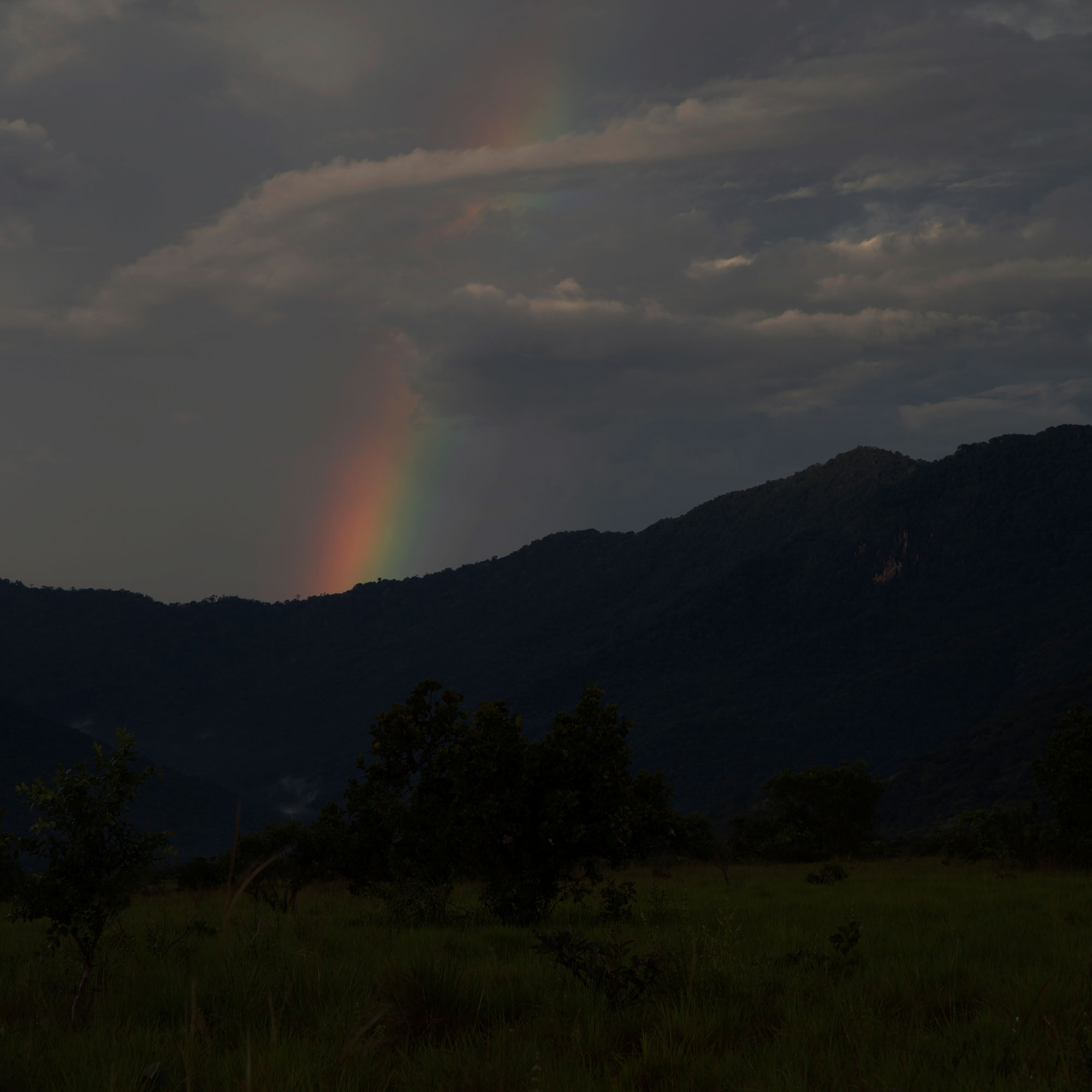 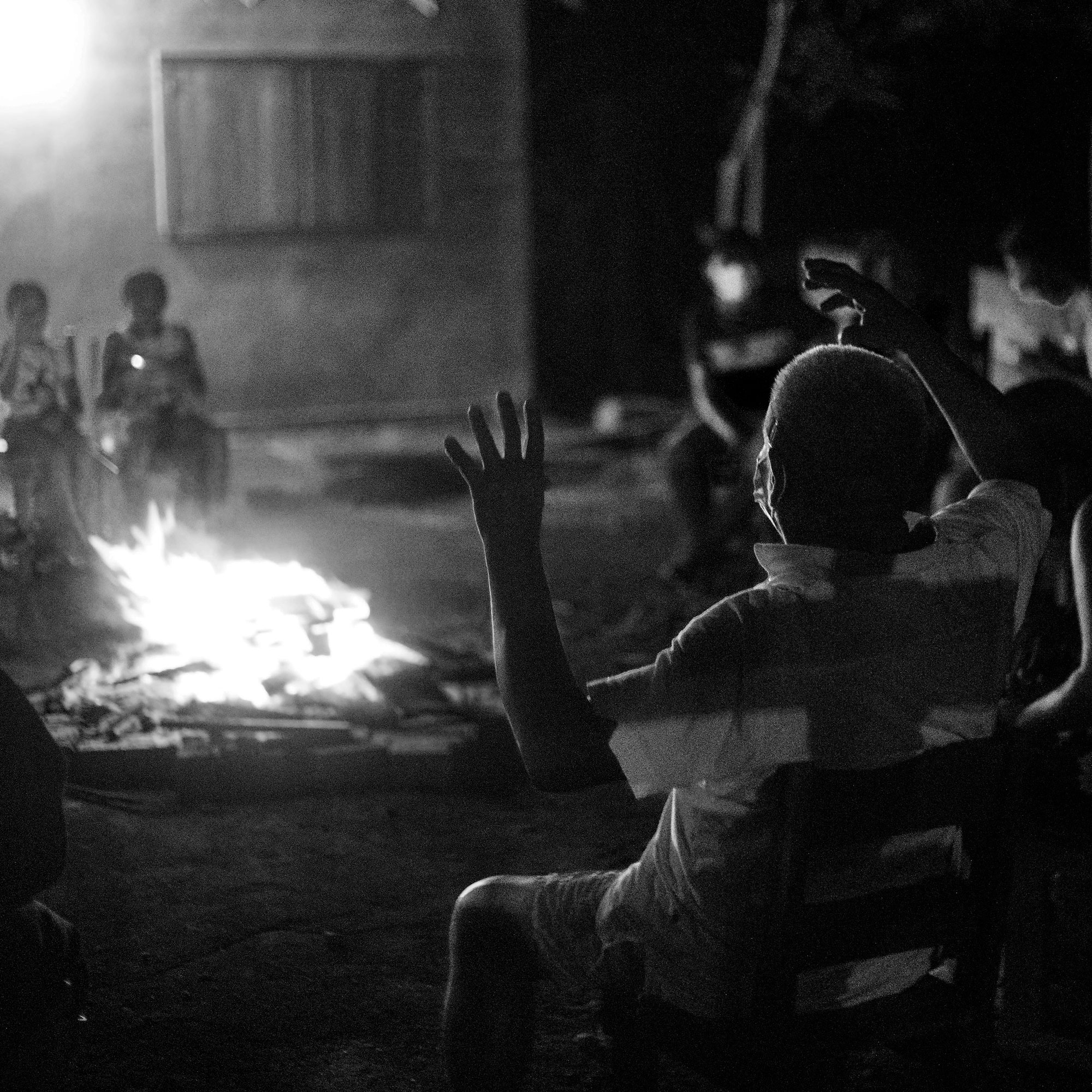 (1) Judy Winter (left) listens as Mr. Toney James, a former Toshao (indigenous leader) and one of the founders of the South Rupununi District Council, shares traditional stories with village youths at a bonfire.   (2) The sharing of knowledge between generations is vital to the future of the communities.   (3) A rainbow seen near Meriwau, a satellite of Shulinab Village in South Central Rupununi.

Aishara Toon (Aishalton), Judy's hometown, is a community of approximately 1,200 people located in the South Rupununi region, named for a river of the same name that traverses the territory, in the southeast of the Co-operative Republic of Guyana, a Dutch and then British colony until 1966. It is the central hub for 21 satellite villages that are mostly inhabited by the Wapichan, one of Guyana’s nine indigenous communities.

Though some residents of Aishara Toon work for the government as teachers or nurses, and a few others own small businesses, the majority work in agriculture, fishing and hunting. Historically, the Wapichan developed sustainable practices for extracting sustenance from the forests, subtropical savannas, and abundant streams and ponds that surround them. Still, Judy says, “We have been slowly losing our connection to our elders and their knowledge. Our territory is still beautiful because of what they have done: they have used the resources sustainably and this is what we are also trying to do.”

The Wapichan People and their ancestors have occupied and used the land that they call Wapichan wiizi for generations. Their total population is estimated at around 13,000 people living on both sides of the Guyana-Brazil border. Less than 5,000 people speak Wapishana. 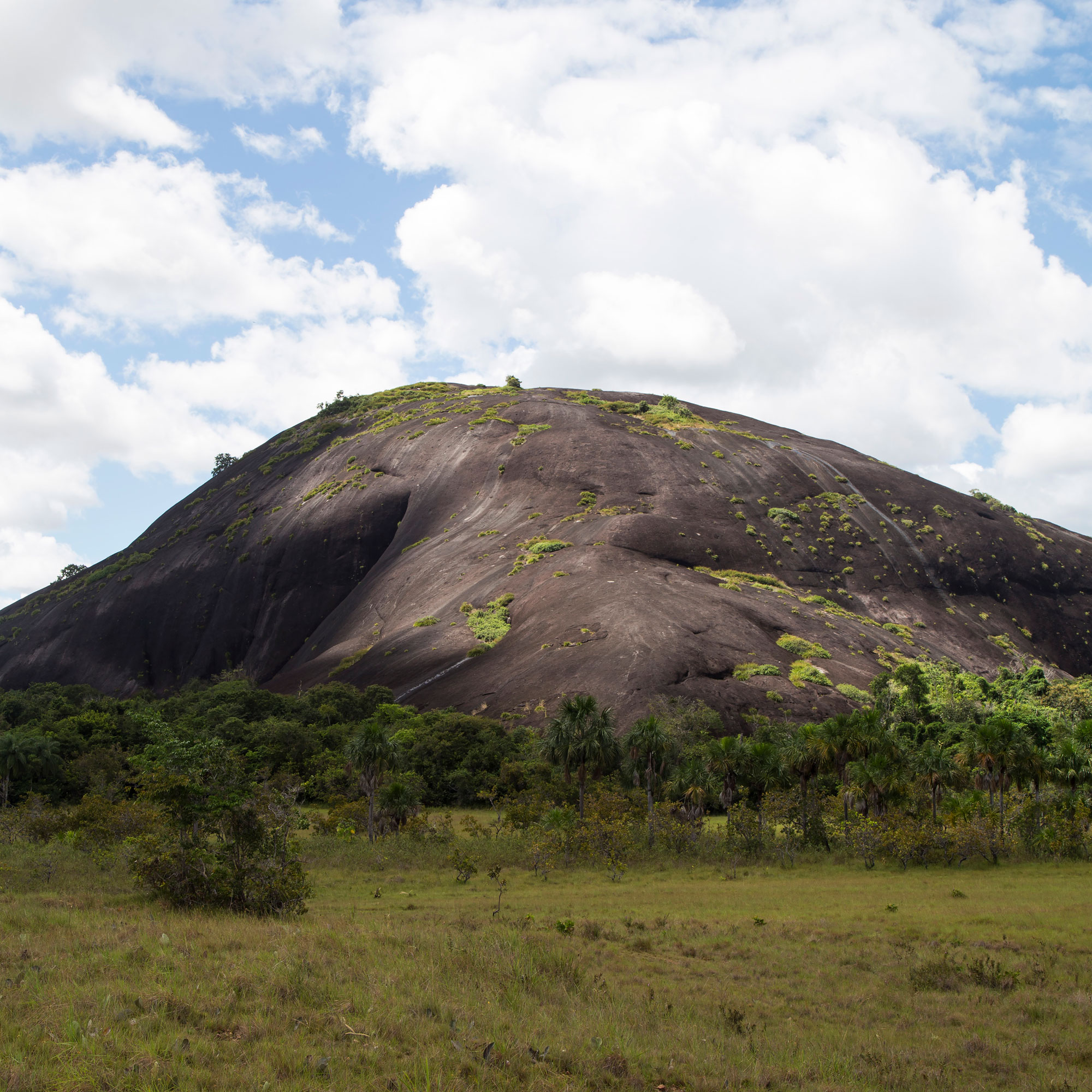 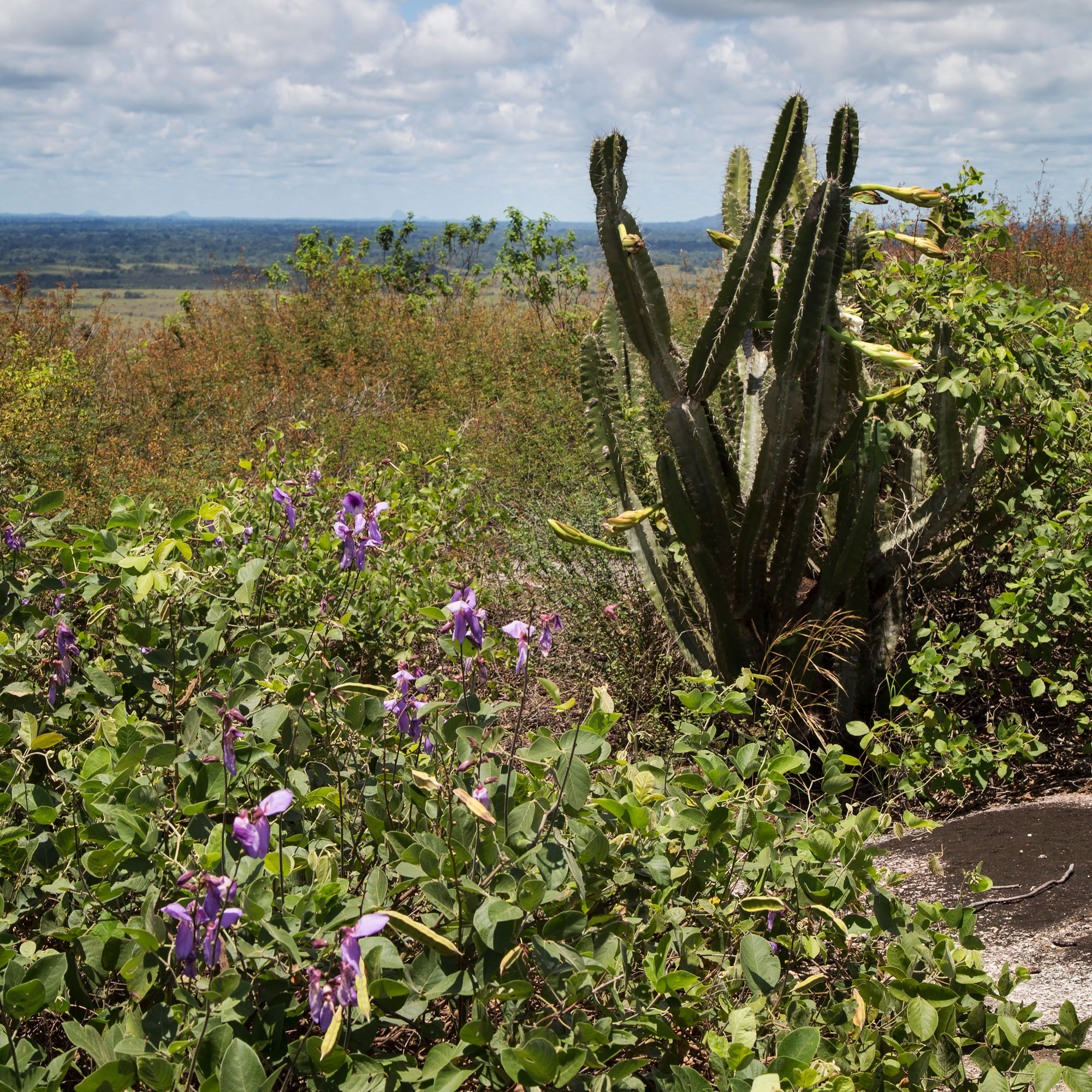 (4) Shea Rock, a large granite formation and a sacred place for the Wapichan people, towers over the village of Shea in the Deep South Rupununi.   (5) Sparse scrub vegetation on Shea Rock. The mountain offers spectacular views of Waphican territory.

Judy is one of six members in a local youth group selected by the South Central People’s Development Association (SCPDA) to document the testimonies of their elders. As of now, they have taken their project to more than half of the satellite villages and expect to cover them all.

With the backing of the International Indigenous Women’s Forum (FIMI) and the financial support of the International Fund for Agricultural Development (IFAD), through it’s Indigenous Peoples Assistance Facility (IPAF) fund, the SCPDA facilitates dialogue between the youth-group and the elders in order to promote the dissemination of ancestral knowledge. 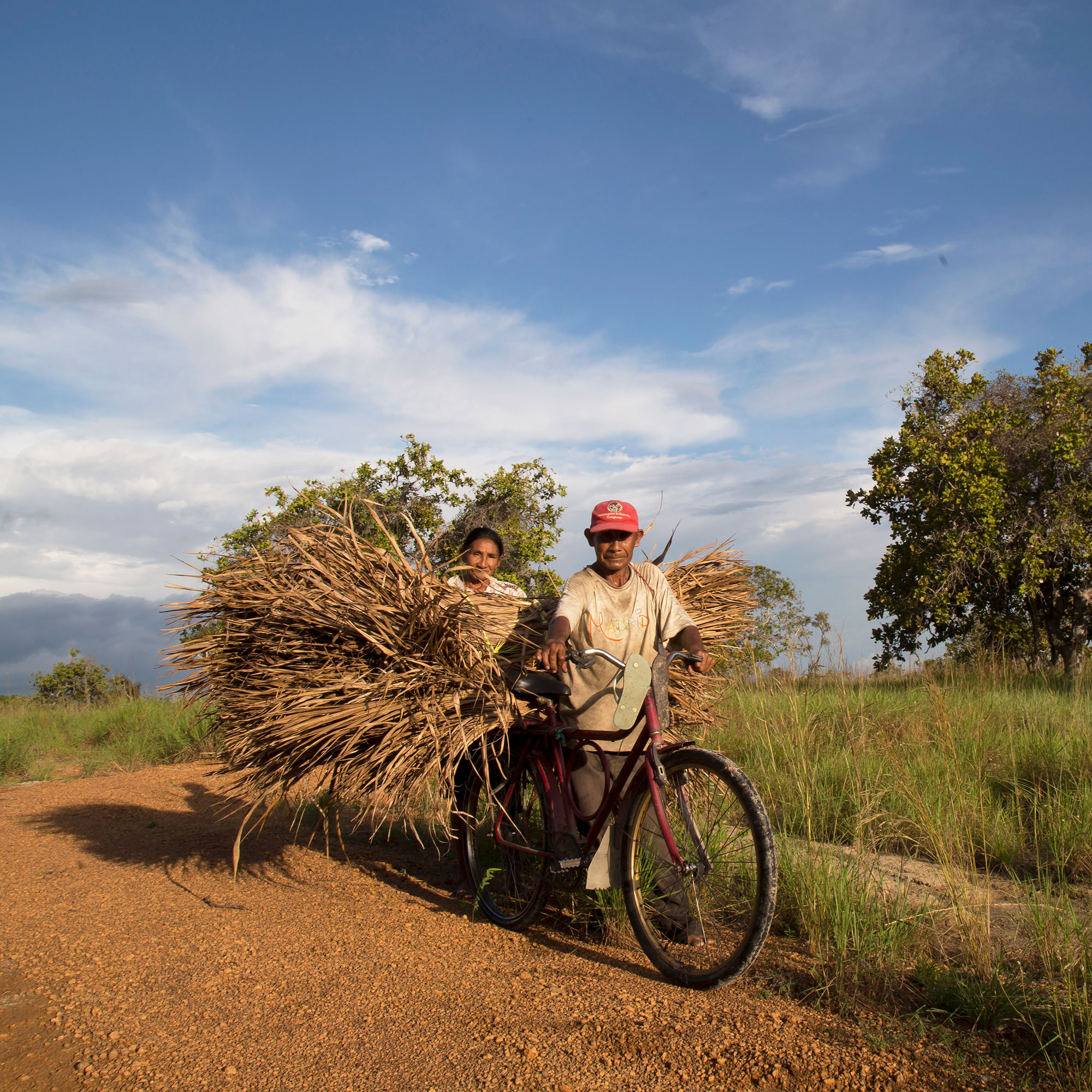 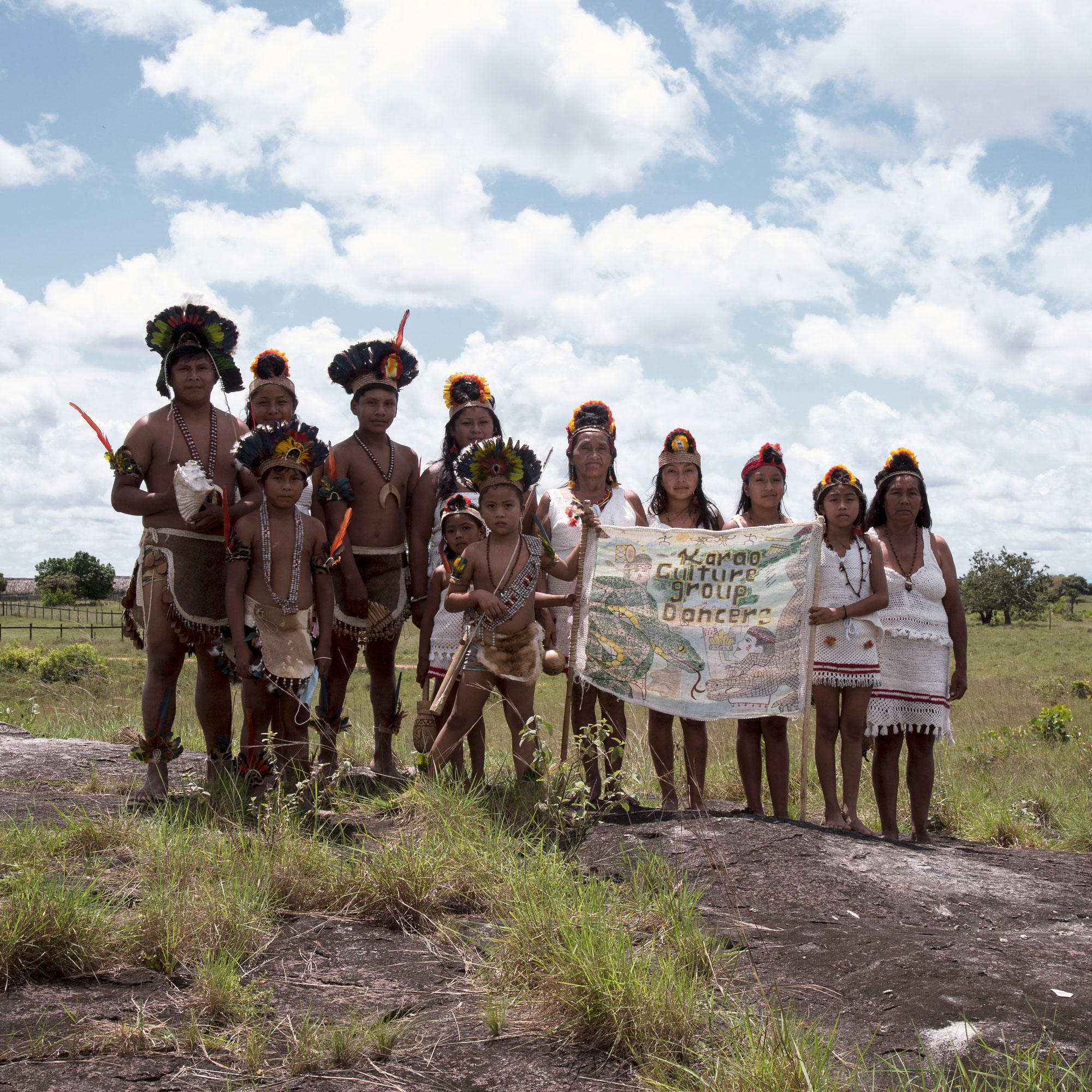 Through that process, Judy’s youth group hopes to recover techniques for sustainable farming and collection of non-timber forest products, as well as valuable understanding of traditional crops and management of wild animal resources from the forests and water.

“The Youth no longer knows how to hunt and fish sustainably or make use of resources as our ancestors did,” Judy laments. Today, many work in the gold mine just a few kilometers away from town: “they kill our land instead of helping it,” she adds.

Beyond practical knowledge, Judy and her team have also gathered stories and oral histories that they have translated into Wapishana, the community’s mother tongue, and will soon publish as a book titled “Wapichan Stories of the South Rupununi”. Also published in English, the book will be distributed in schools, online and promoted on the radio.

“Our territory is still beautiful because of what our elders have done: they have used the resources sustainably and this is also what we are trying to do.” 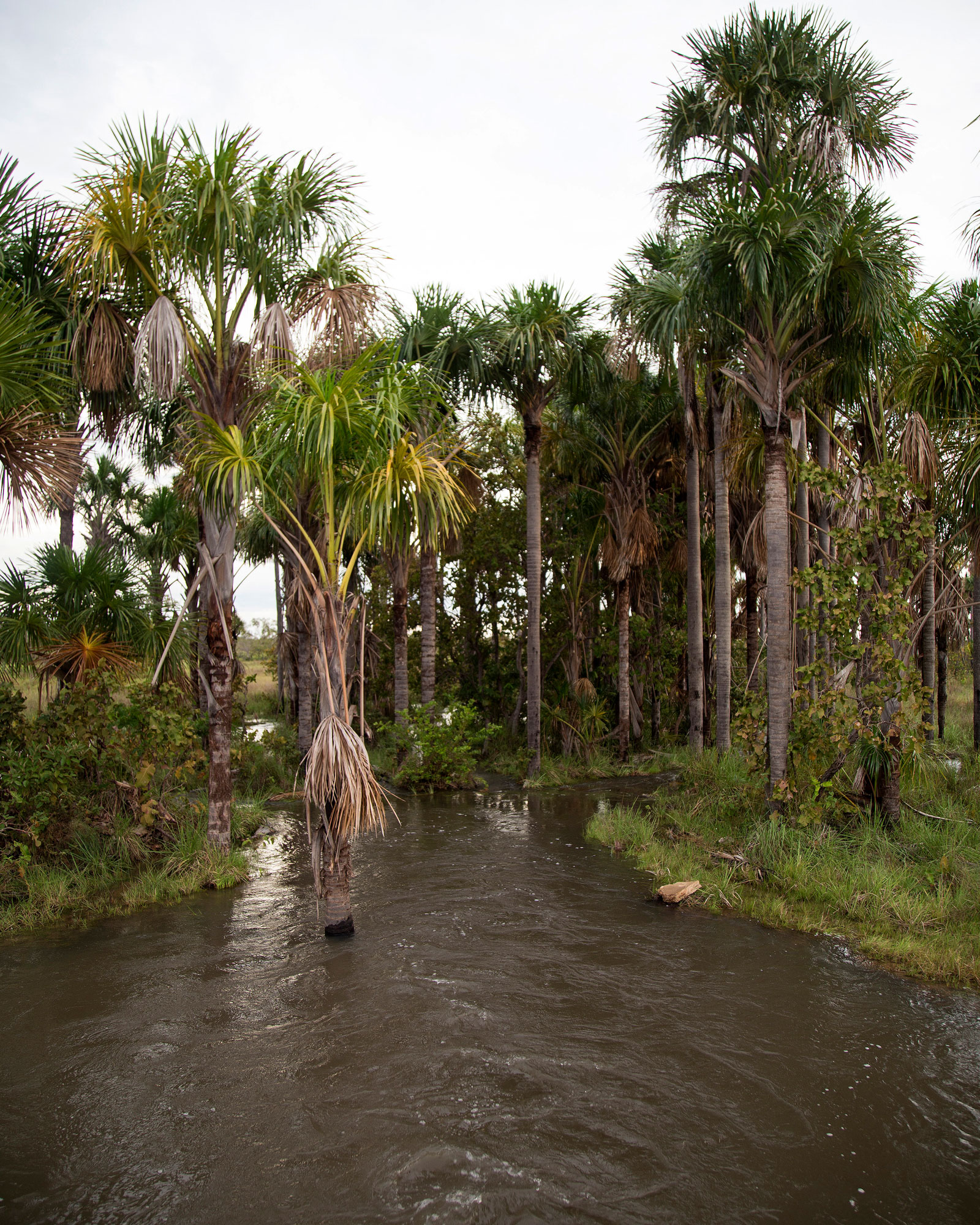 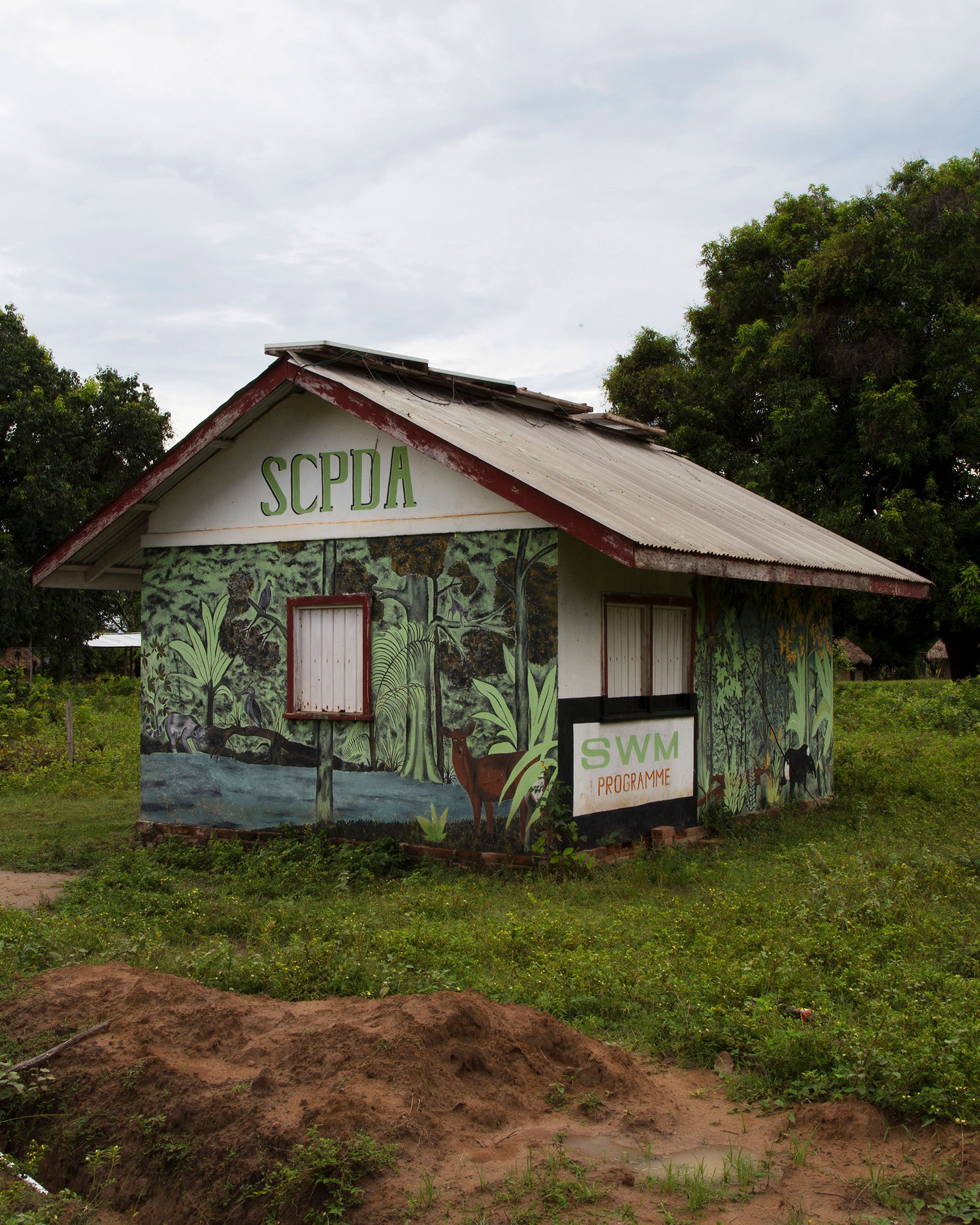 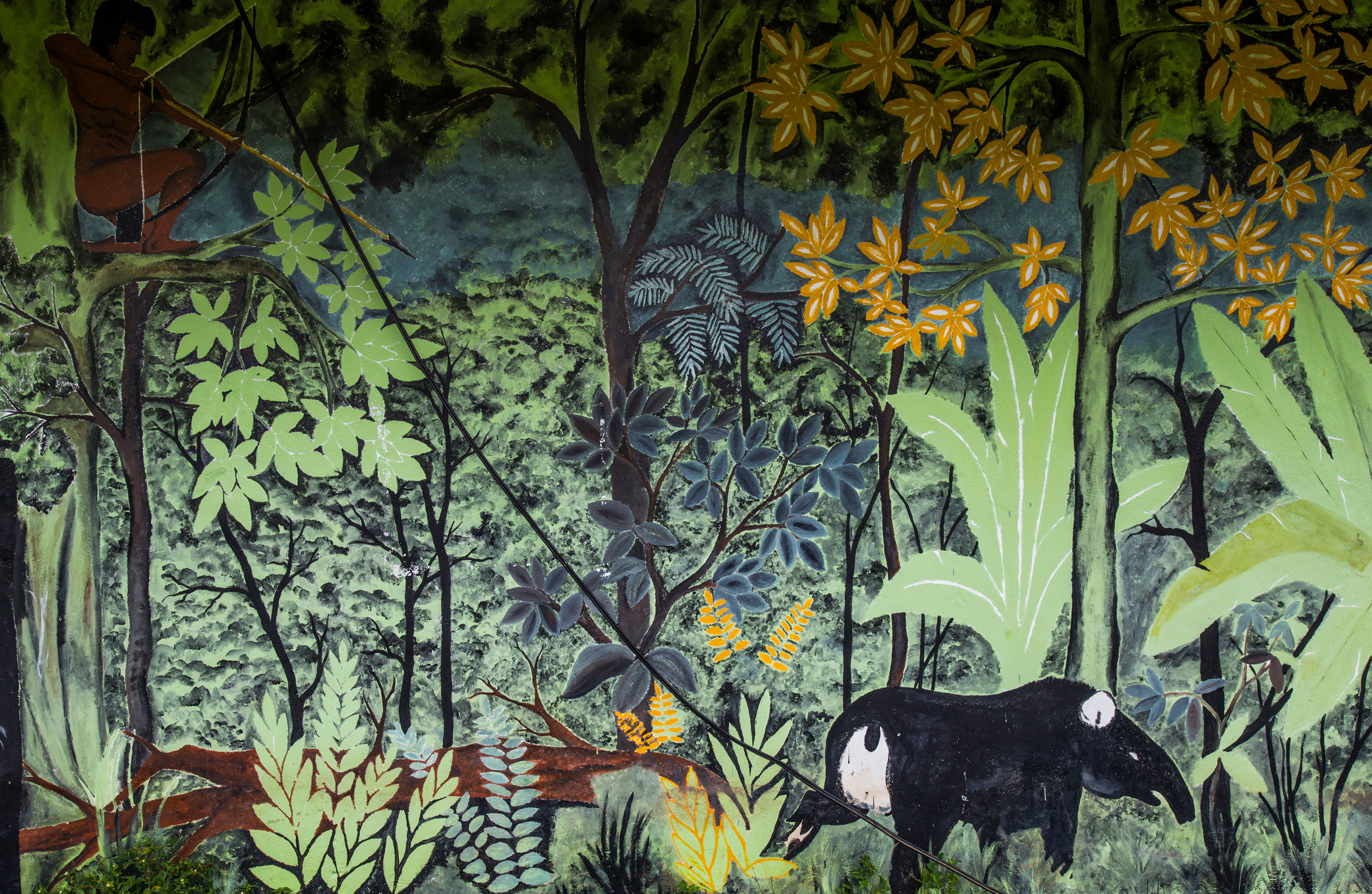 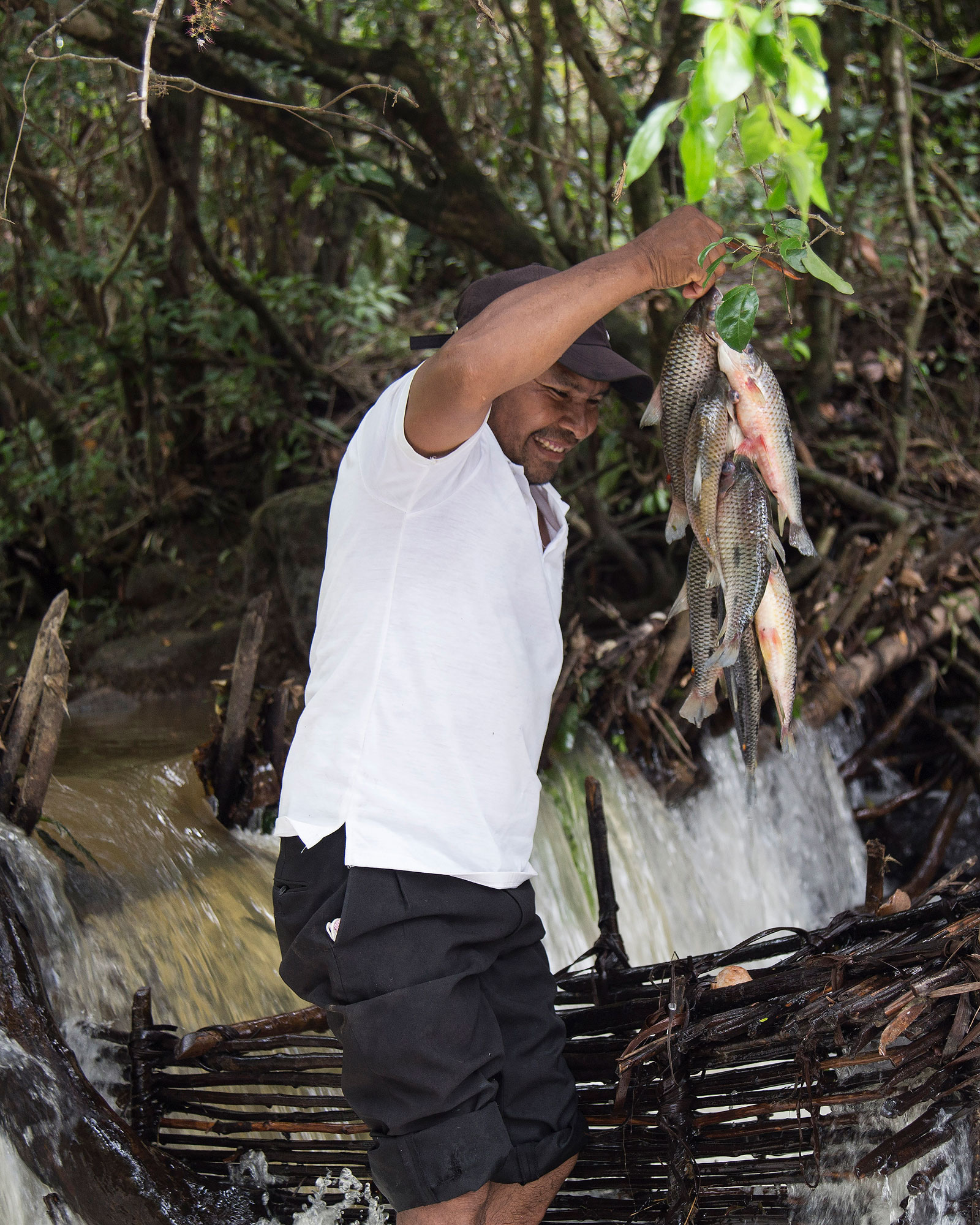 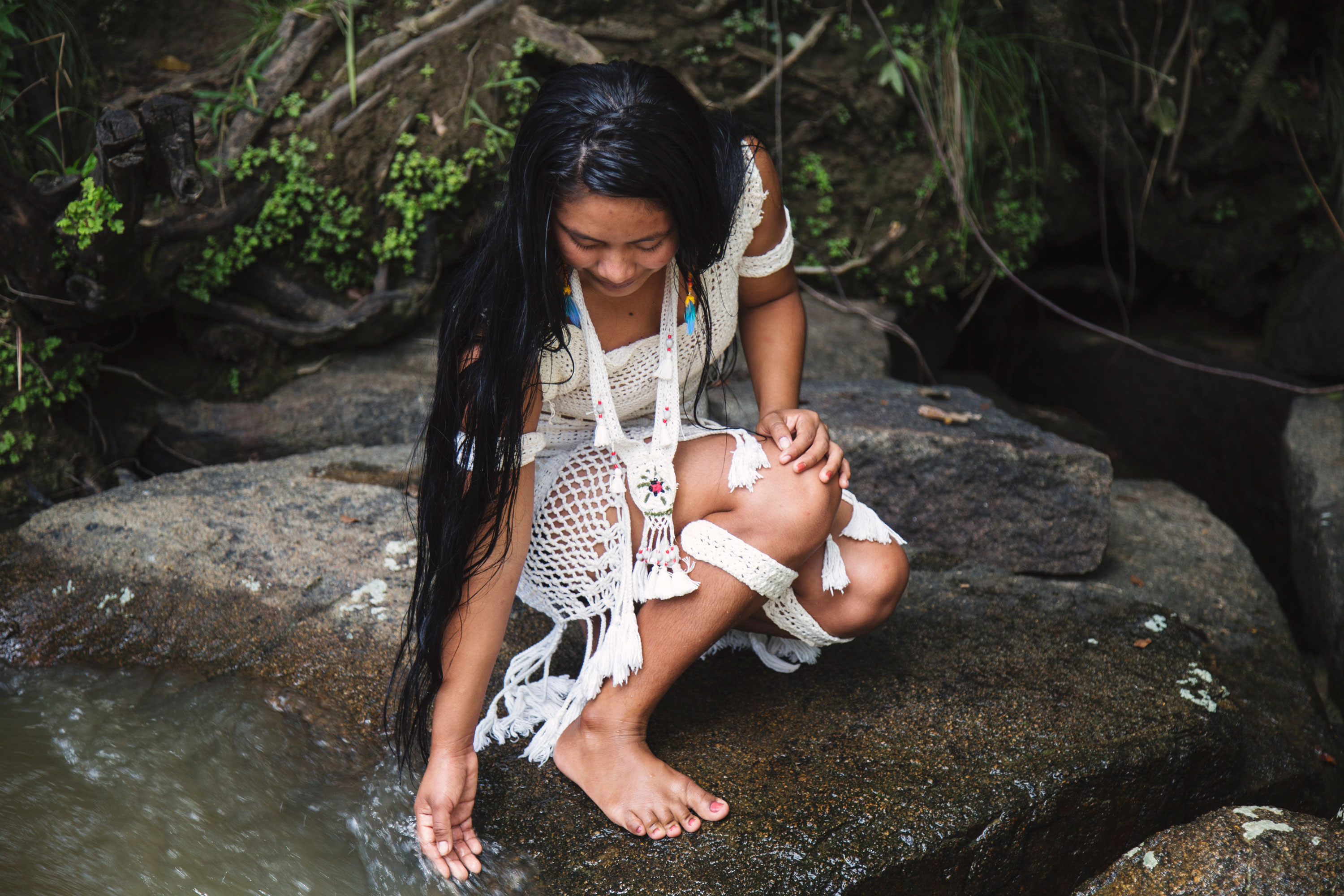 (8) Ité palms (Mauritia flexuosa) form abundantly along winding creeks and throughout the Rupununi wetlands. Indigenous people eat the fruit and use the dried branches as thatching for their buildings.   (9) Murals adorn the head office of the South Central People’s Development Association (SCPDA) at the village of Shulinab, South Central Rupununi.   (10) Painted by Shulinab artist Simon Peters, the murals convey the rich biodiversity of the Wapichan territory.   (11) A young woman wearing traditional handwoven cotton garments at Kashan Creek,  Aishara-Toon (Aishalton).   (12) Fish are an important source of food for the Wapichan communities.

Through her work, Judy hopes to bridge the generational gap between Wapichan elders and youth, allowing her peers to see and understand the value of their elders and ancestors, a difficult task when that history has largely been erased.

The project is not just about sharing knowledge, it is about building a shared sense of belonging and pride and rejecting the deeply rooted belief that the Wapichan way of life is uncivilized or obsolete.

The petroglyphs, or timehri, located in the Makatao Mountains and only three kilometers away from Aishara Toon (Aishalton) are over 3,000 years old. 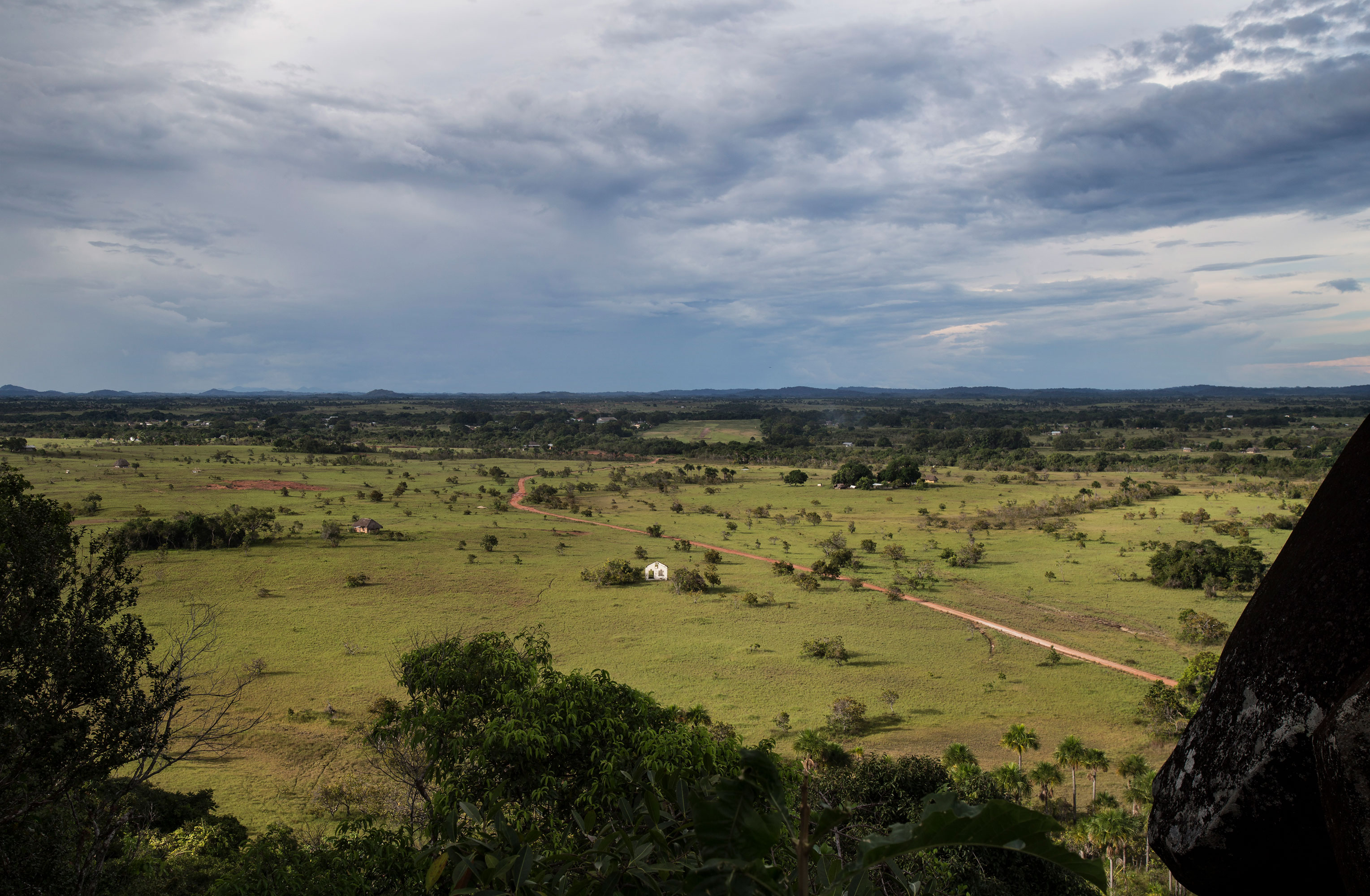 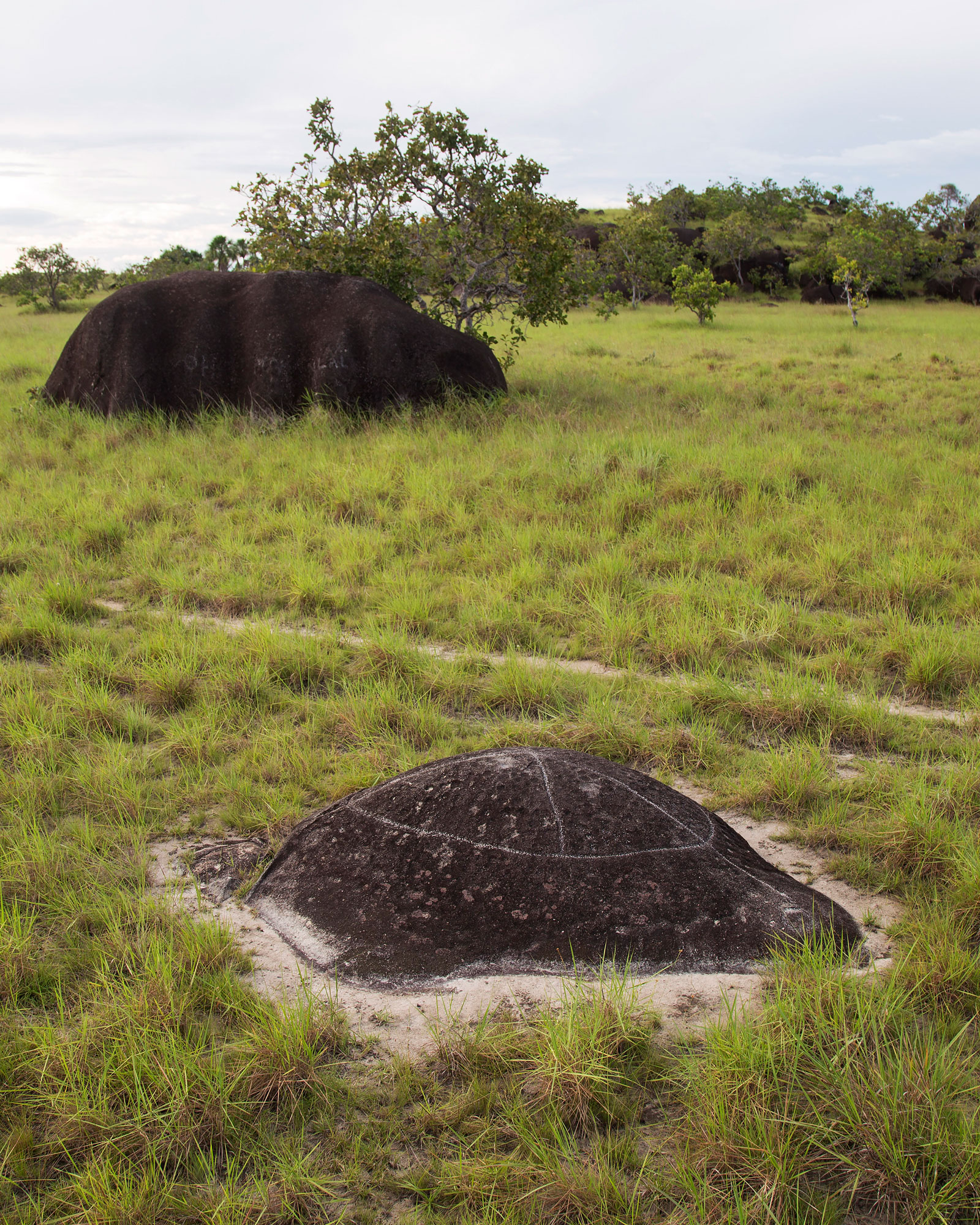 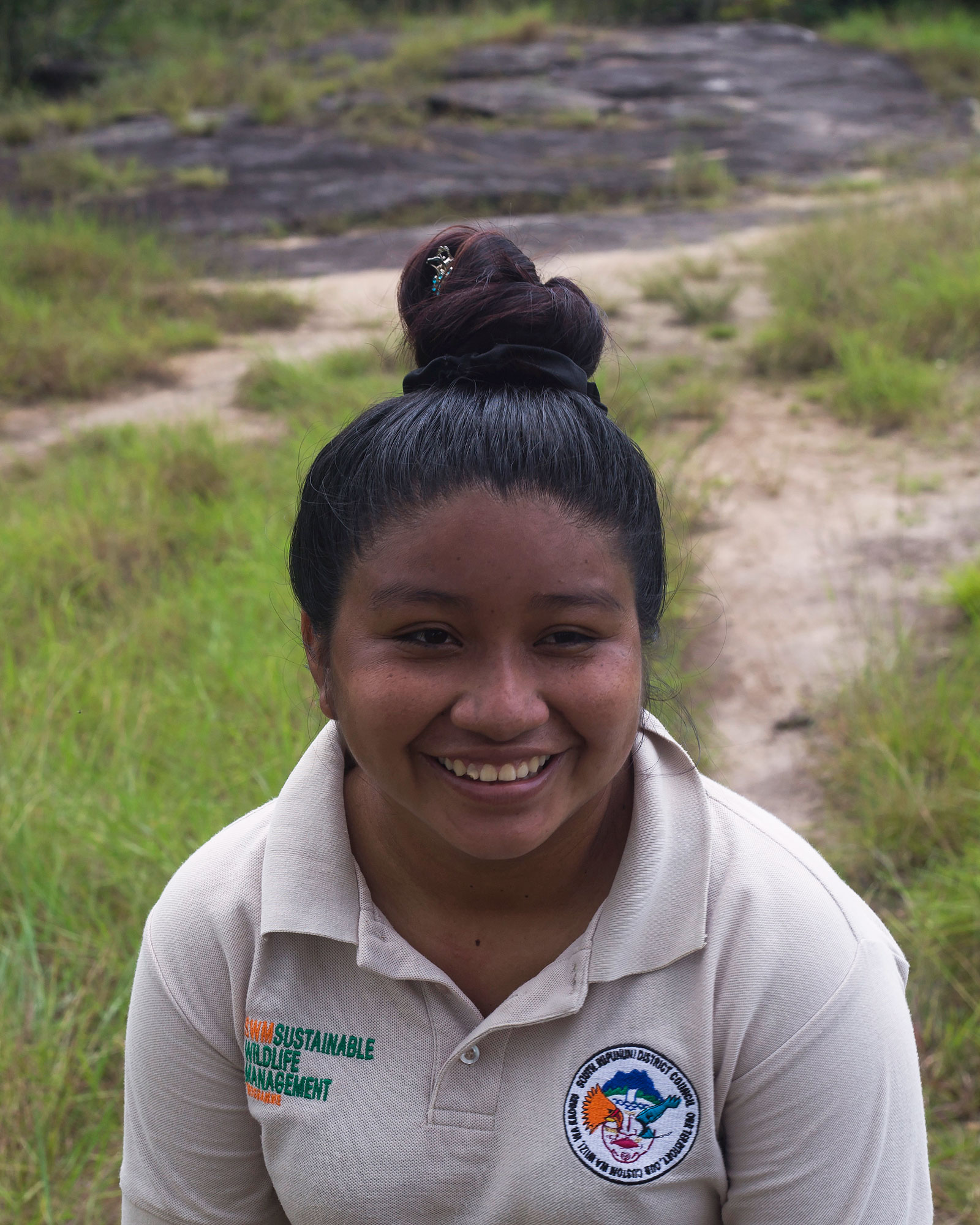 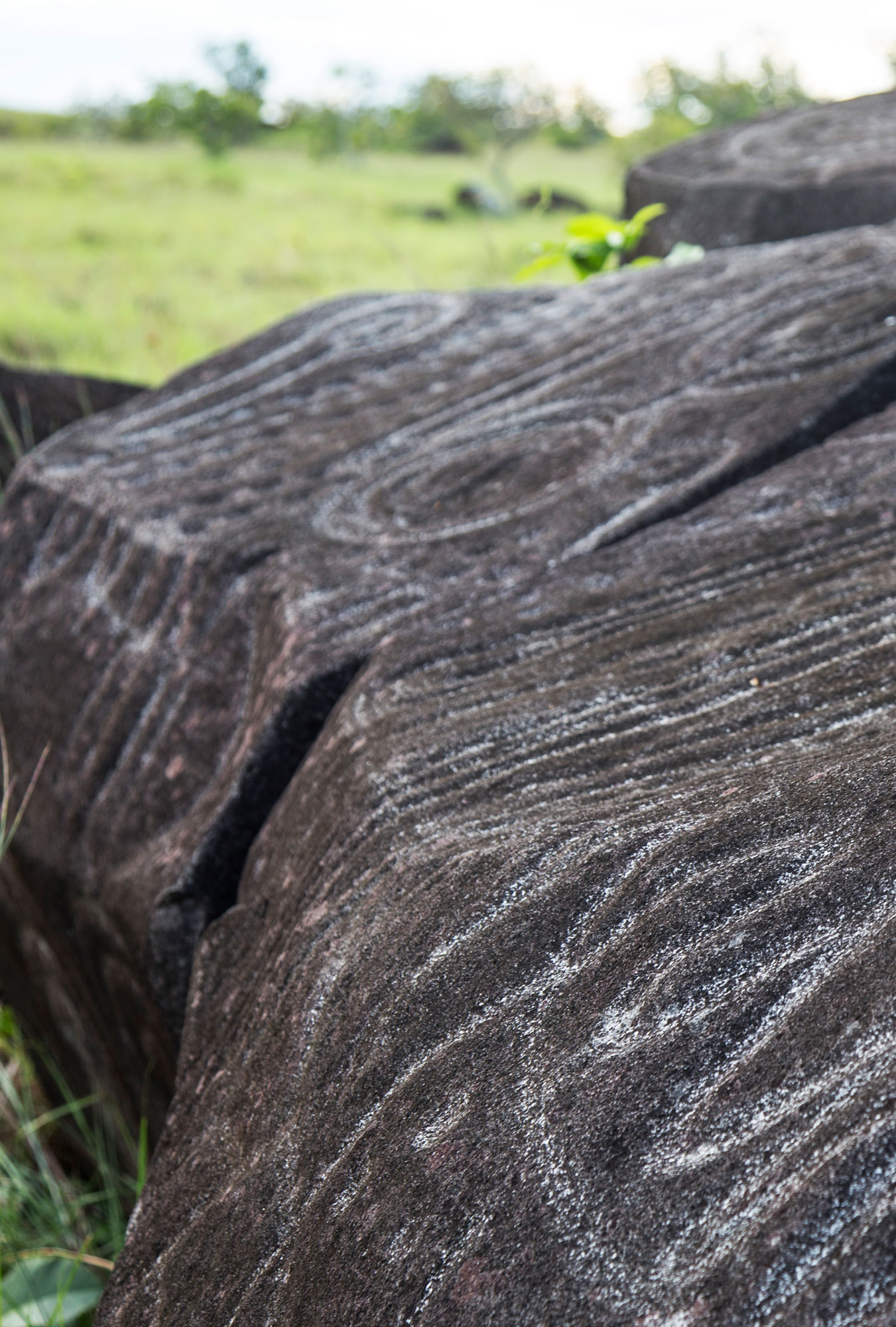 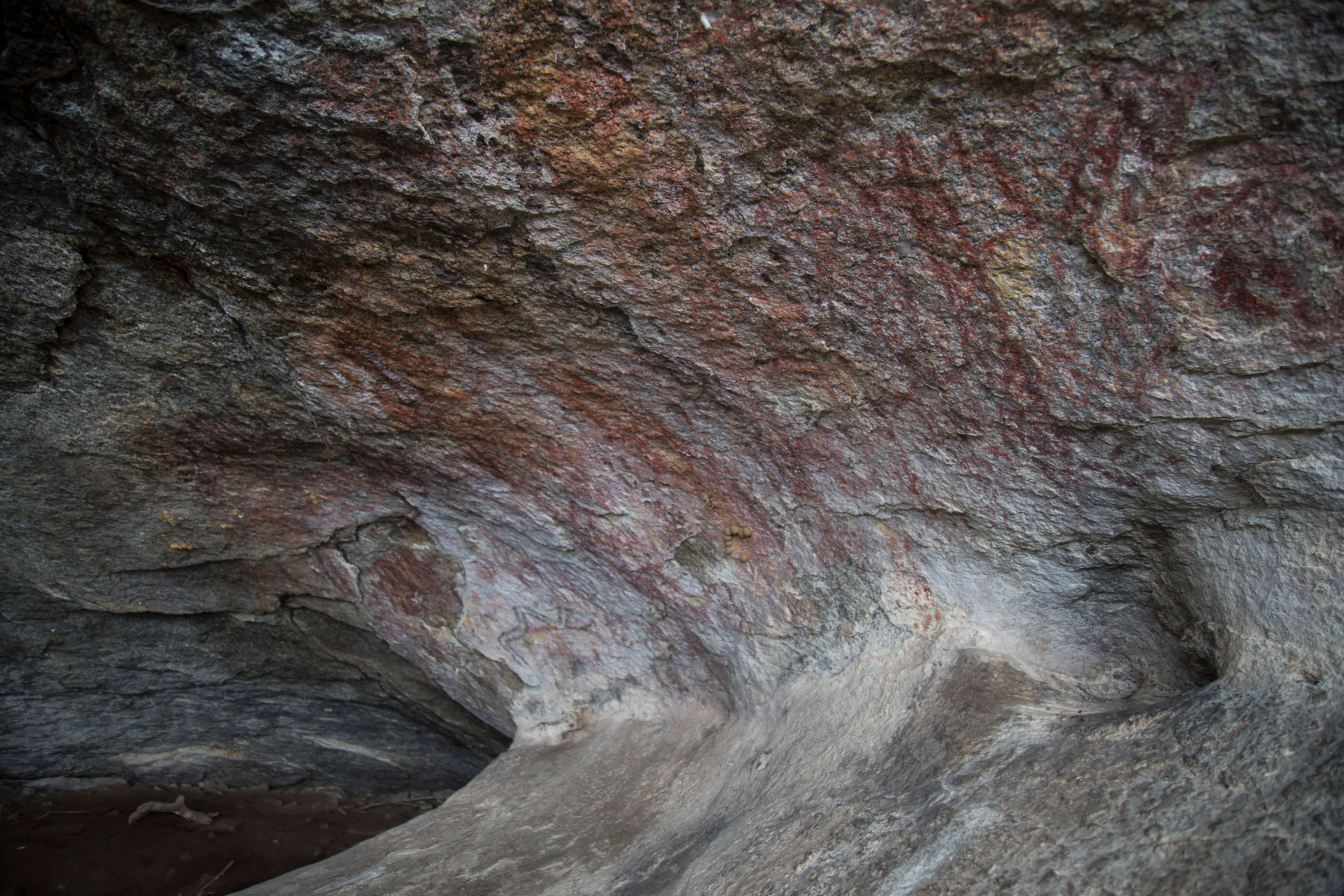 (13) View of the village of Aishara-Toon from Makatao Mountain.   (14) A caiman and a turtle are depicted among the petroglyphs.   (15) Judy Winter, at Kashan Creek in Aishara-Toon, Deep South Rupununi.   (16) The petroglyphs located in Wapichan territory are over 3,000 years old.(17) Paintings on the low walls of a cave at Shea Rock, thought to be made by  ancestors of the Wapichan people.

Learning about her community’s past has inspired Judy to look to the future with determination. She is currently studying to become a human rights lawyer in order to help secure her community’s place in their territory and dreams about institutionalizing the lessons drawn from the project. “The project is to rekindle the passion within us. We know that the elders will not always be here, but we will be here. And when we are not here, our children will be.” 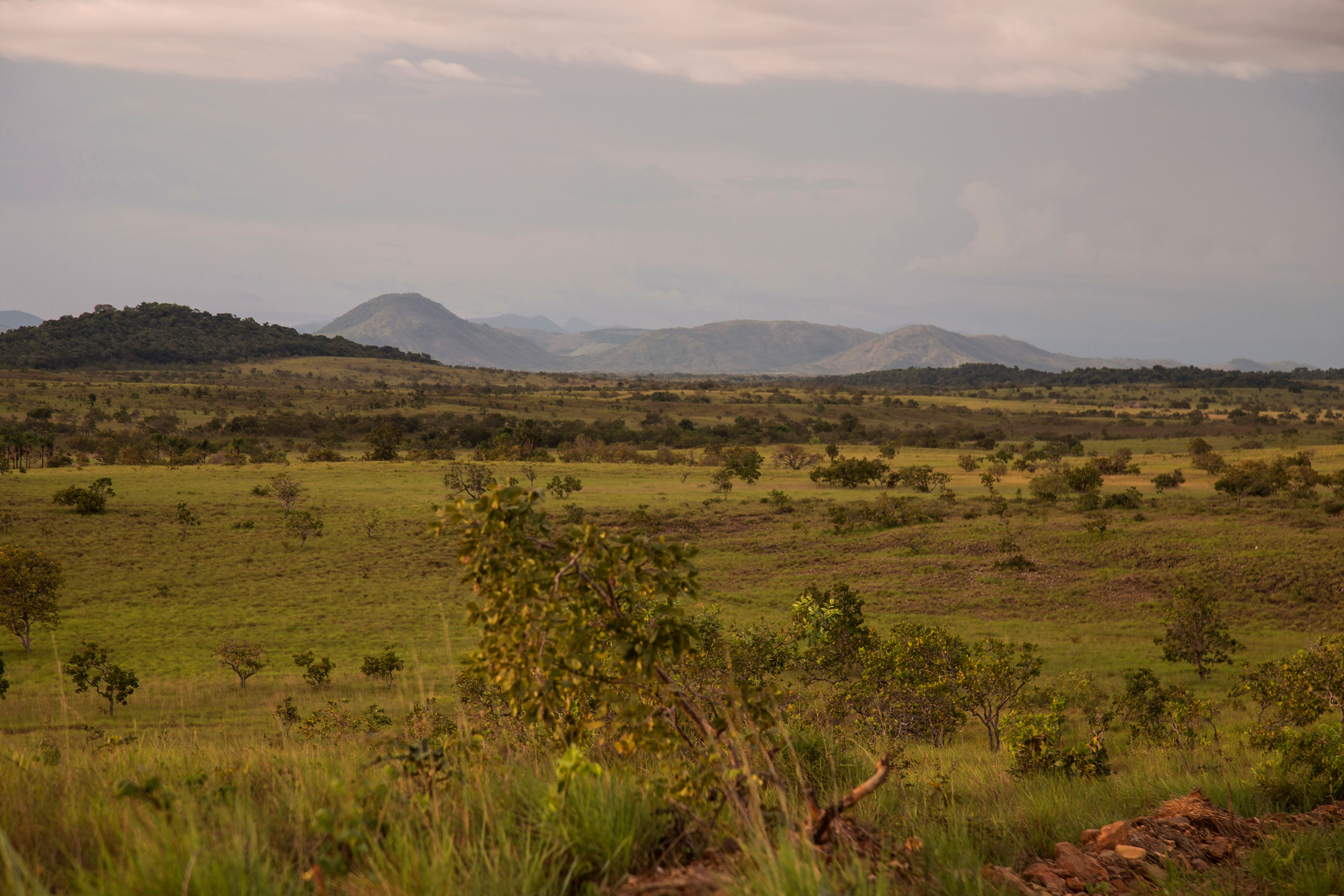 (18) The sun sets over the vast savannah in the South Rupununi.