The Mari Epu Lof ADI Budi school was conceived as an educational space that addresses contemporary issues such as the ecological crisis, the digital revolution, the lack of legitimacy of the State and its representative institutions. It seeks to prepare future Mapuche Lafkenche leaders for the administration of their territories. A priority is local development with a cultural and environmental approach, as well as the promotion of gender equality within communal decision making.

The commune is located in the Province of Cautín, 72 km from the City of Temuco and 43 km from the City of Freire. It is limited to the north with the communes of Saavedra, Carahue and Nueva Imperial. To the east with Freire, to the south with Pitrufquén and Toltén and to the west with the Pacific Ocean. The climate is temperate oceanic and rain is common in the area. Temperatures exceed 20 ° C only in the summer months (December, January and February). 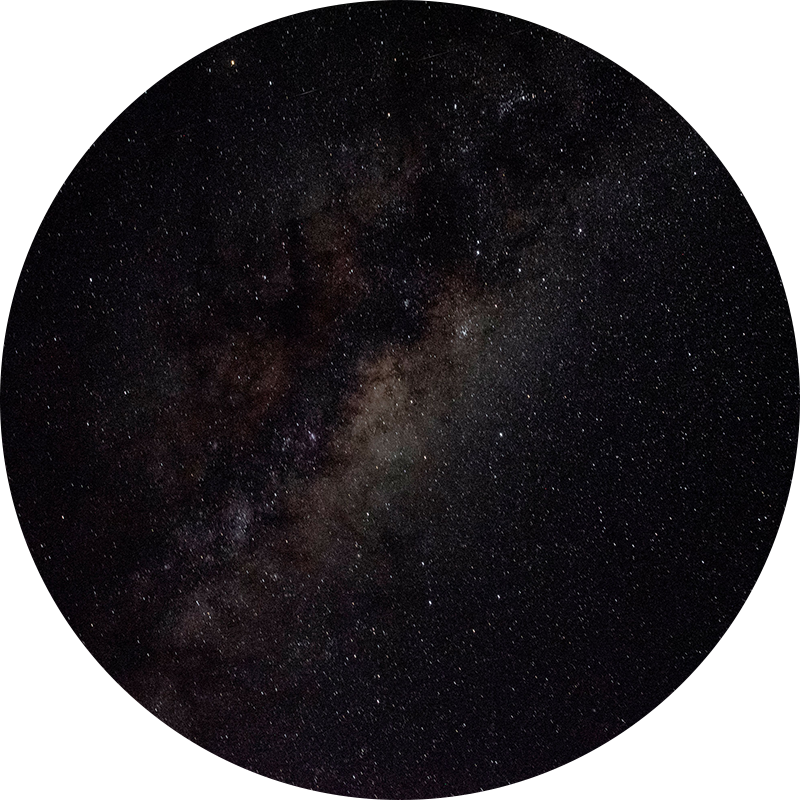 Every morning, Hermo Hernán Antilef thanks the creator for the health and life of his neighbors  in the community of Teodoro Schmidt, located in the southern Araucanía region of Chile, the most impoverished in the country. He gives thanks, above all, for his wife, son and two daughters. The oldest is a nurse, the boy an electrician and the youngest daughter is still in school, studying from home as a result of the pandemic, but with serious limitations in connectivity. She represents one of the many inequalities that have deepened due to COVID-19: the digital divide. "It’s like we are always last," says Hermo. He believes that the Chilean state only gives them what is left over, not what they need.

“The Indigenous People in Chile have always been abandoned. We do not have real recognition. They say that there are native peoples, but they do not give it the validity that they [we] really have,” he says. 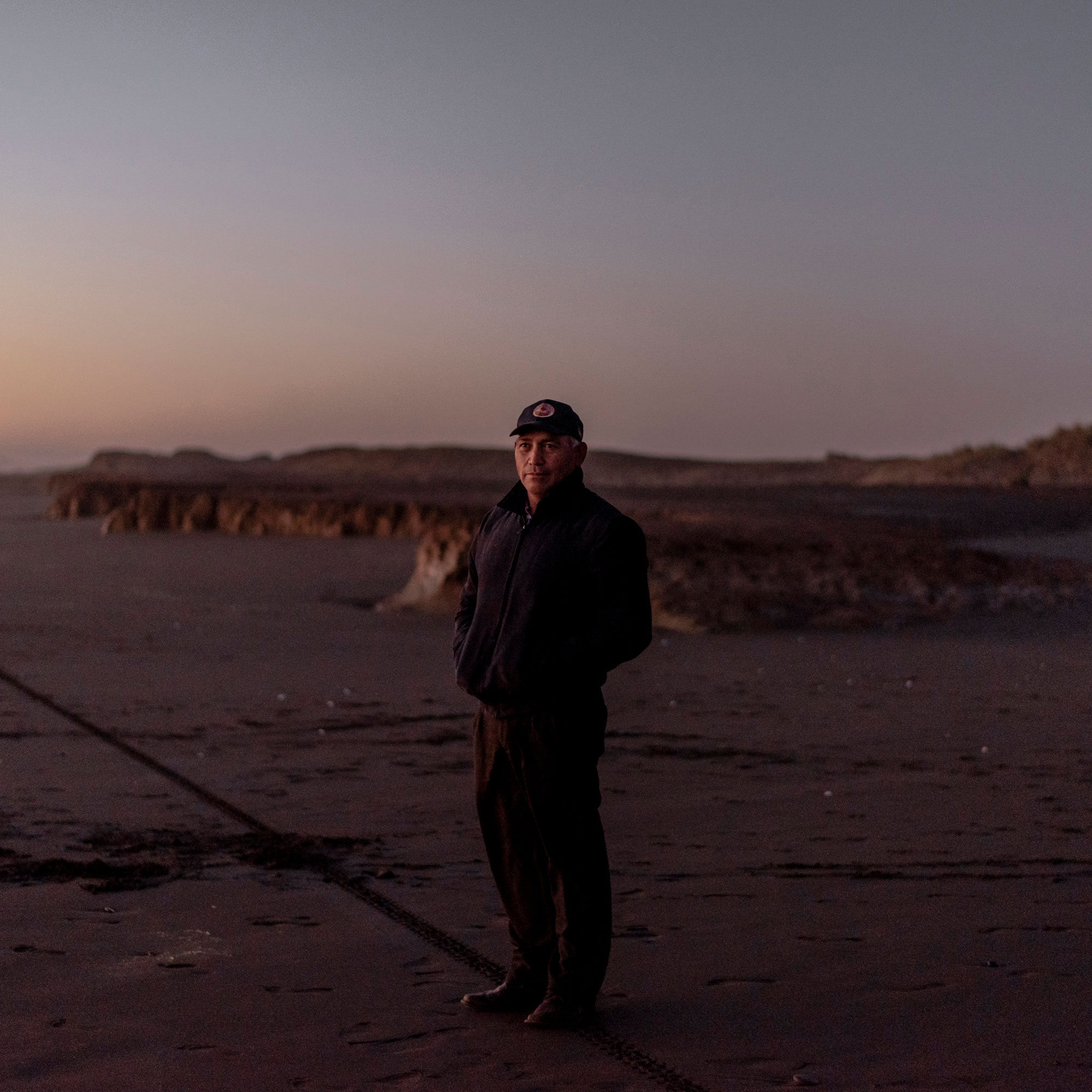 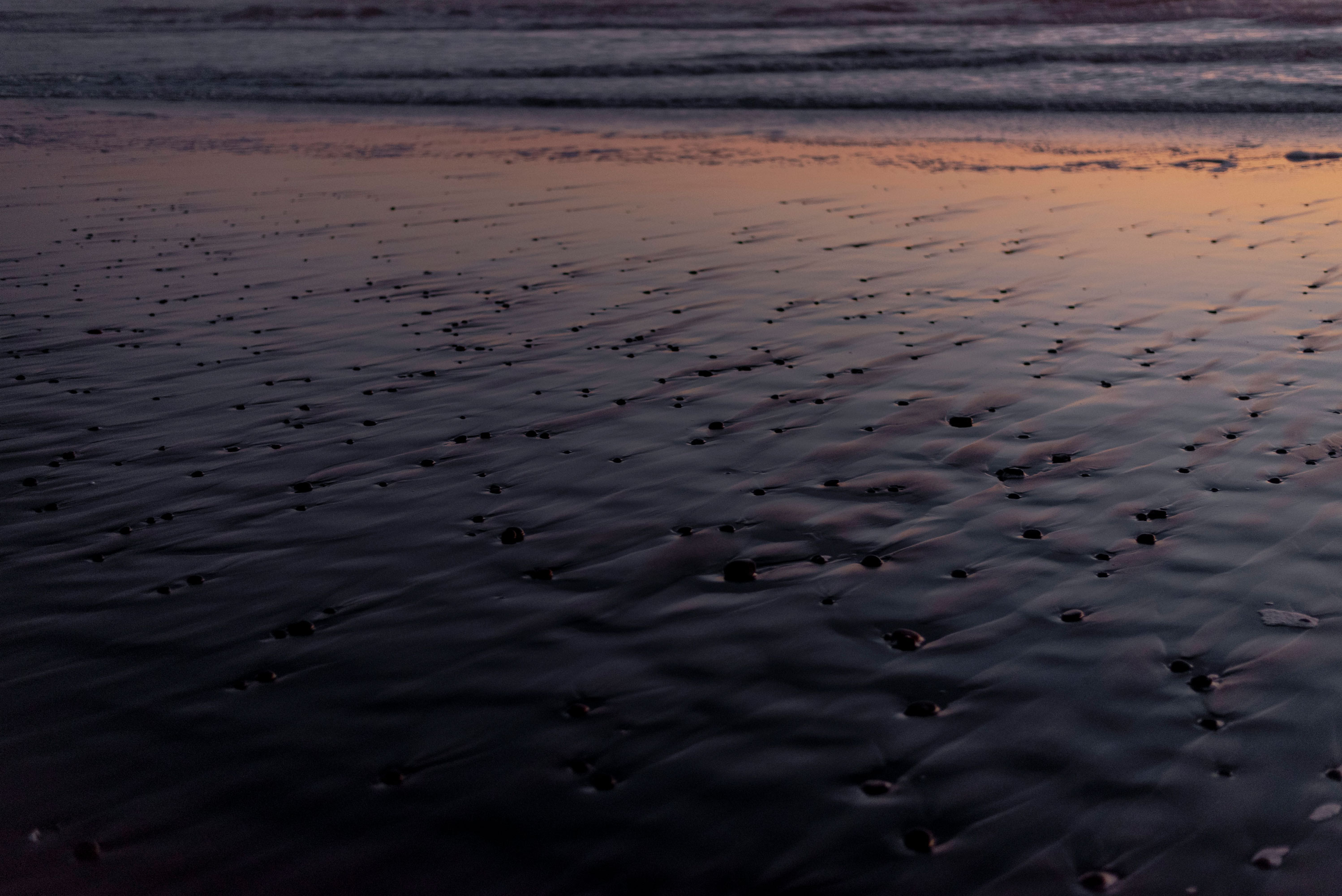 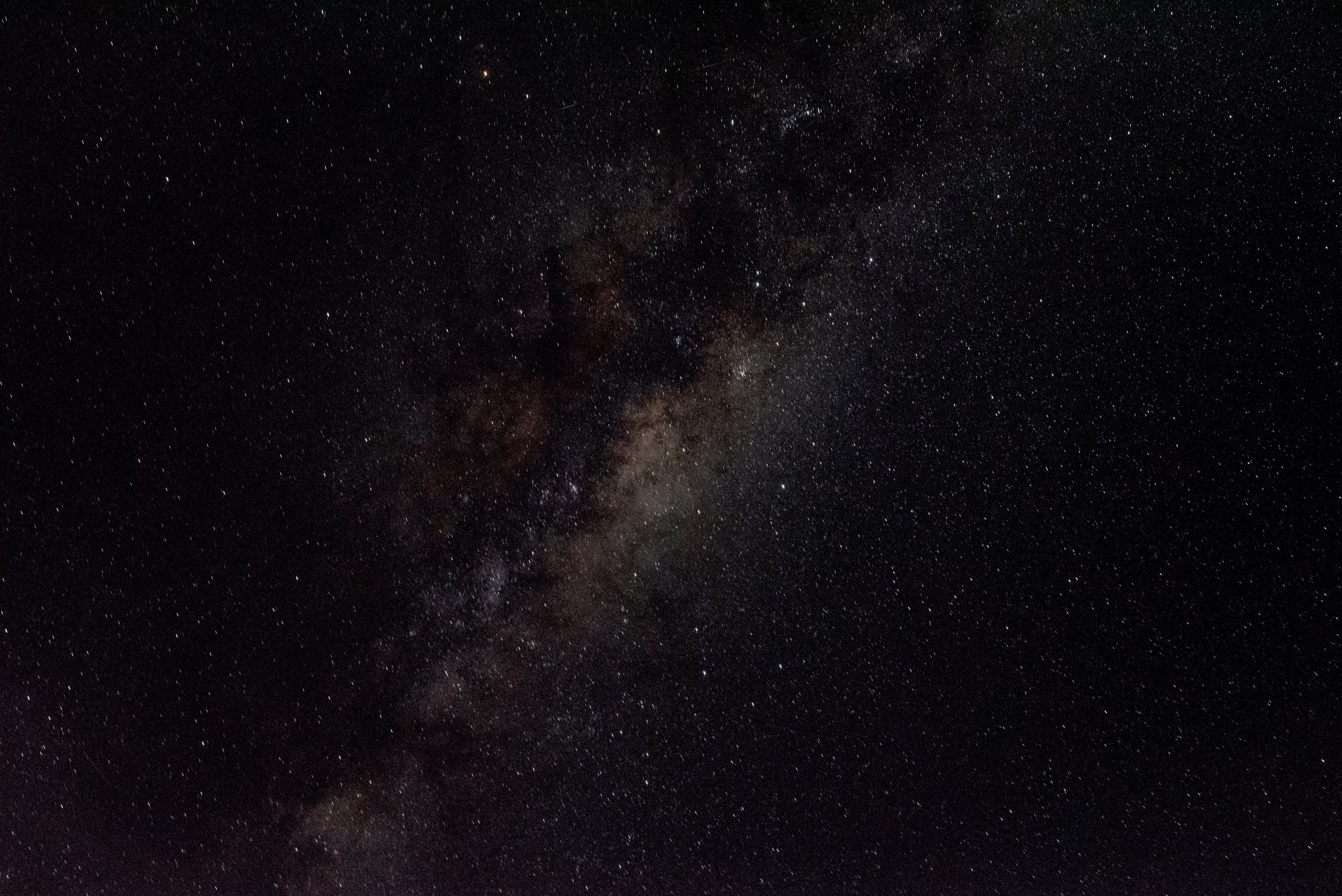 (1 a-b) Hermo Antilef stands next to the limits of the Pacific Ocean. Lafkenche means "people of the sea" in the Mapuzungun language.   (2) In the Mapuche worldview, the supernatural is as real and tangible as the natural.

Chile has eight Indigenous Communities, one of them being the Mapuche. Hermo Antilef and his family are Lafkenche, one of the six territorial identities belonging to the Mapuche people. The Lafkenche define their place in the world, their culture, their worldview, and their historical-spiritual identity based on their links with the ocean and water. But that story is being lost.

The youth, in the absence of options for the future, migrate to cities and lose their native tongue. For Hermo, depriving Indigenous People of their languages has been part of the State's strategy to make them disappear completely. He is determined to prevent this from happening. "You cannot let a people who have so much value die," he says. "The Mapuche people have been resistant, steady and strong". Today, they are also organized.

"The land gives birth to you, it feeds you and waits for your return." 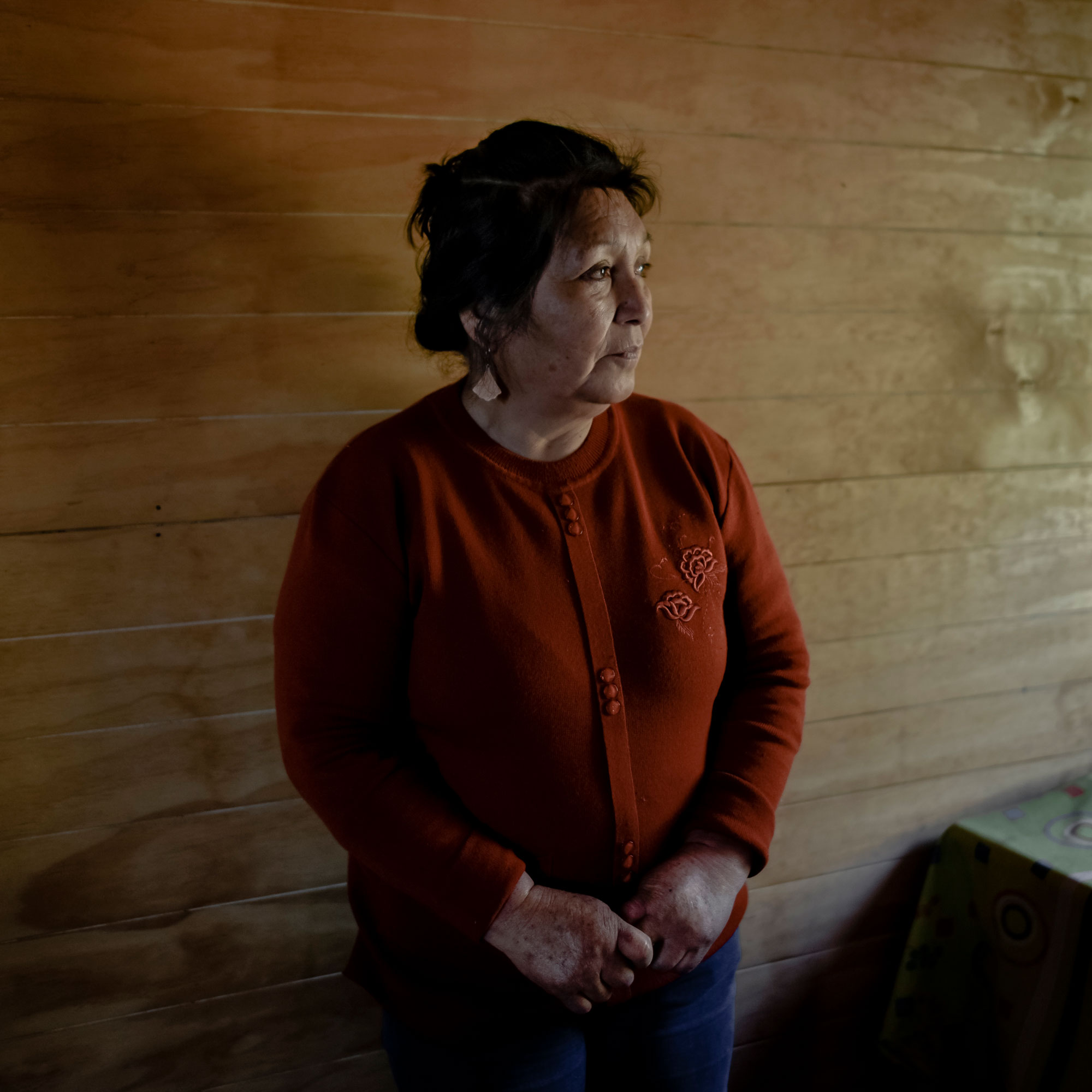 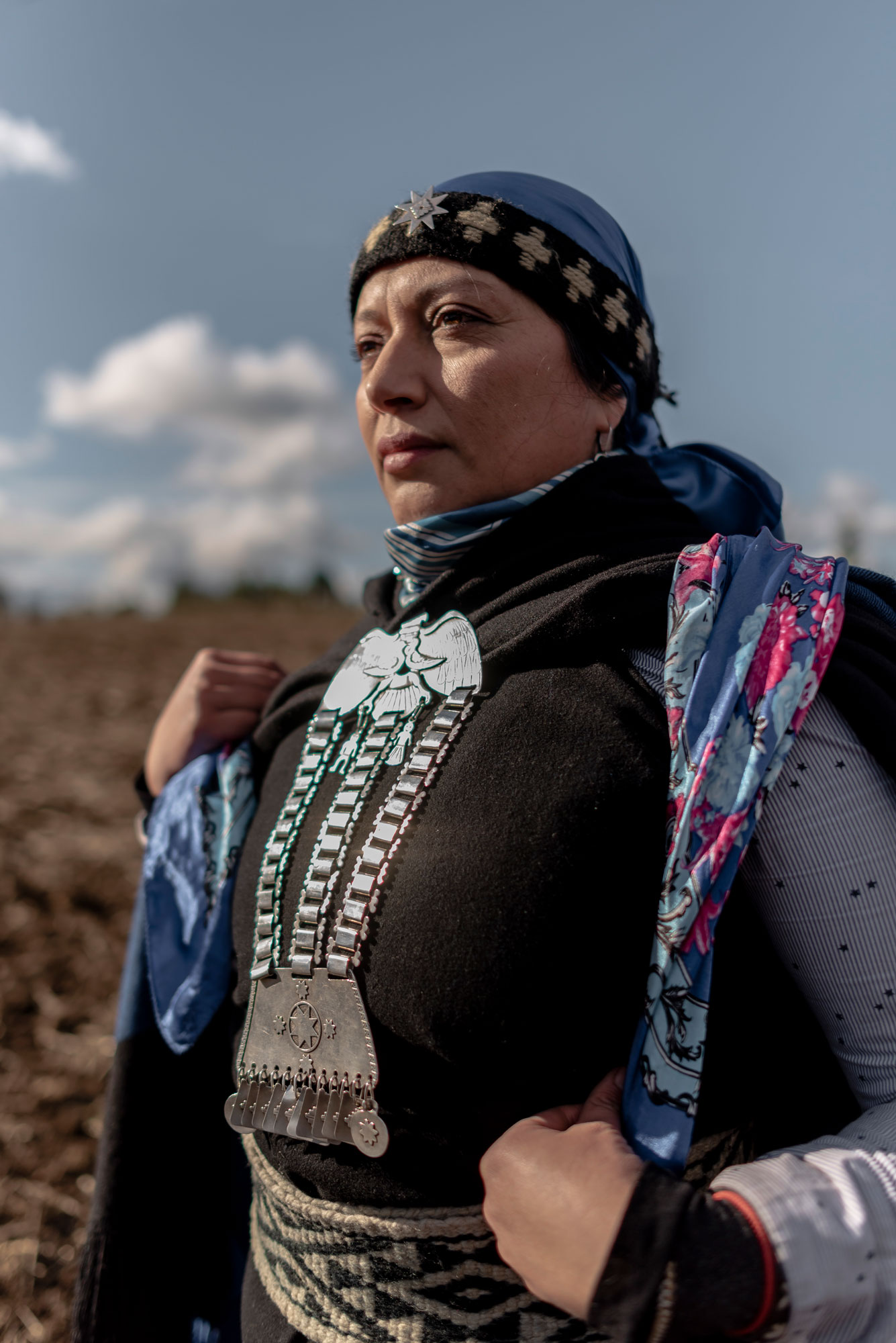 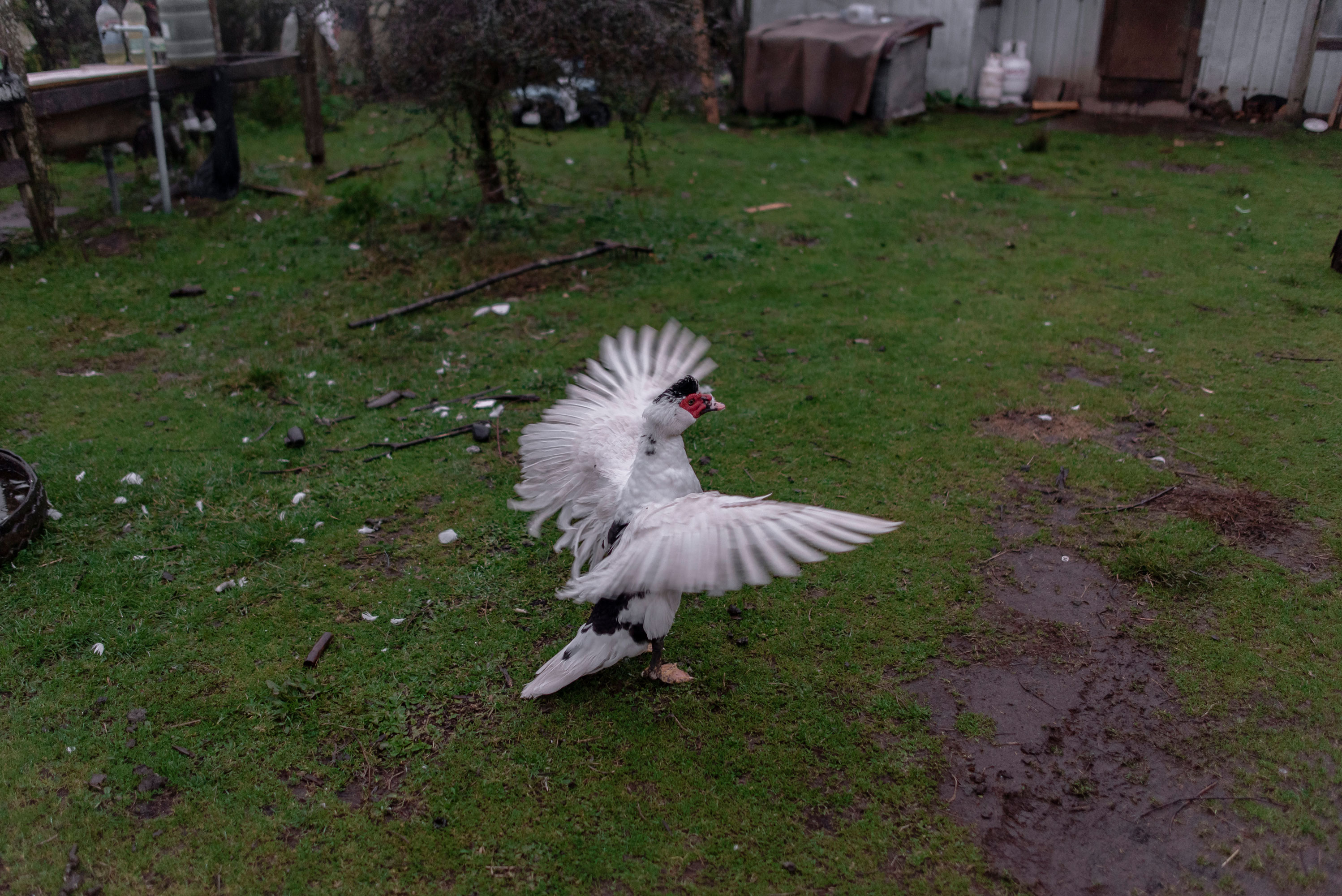 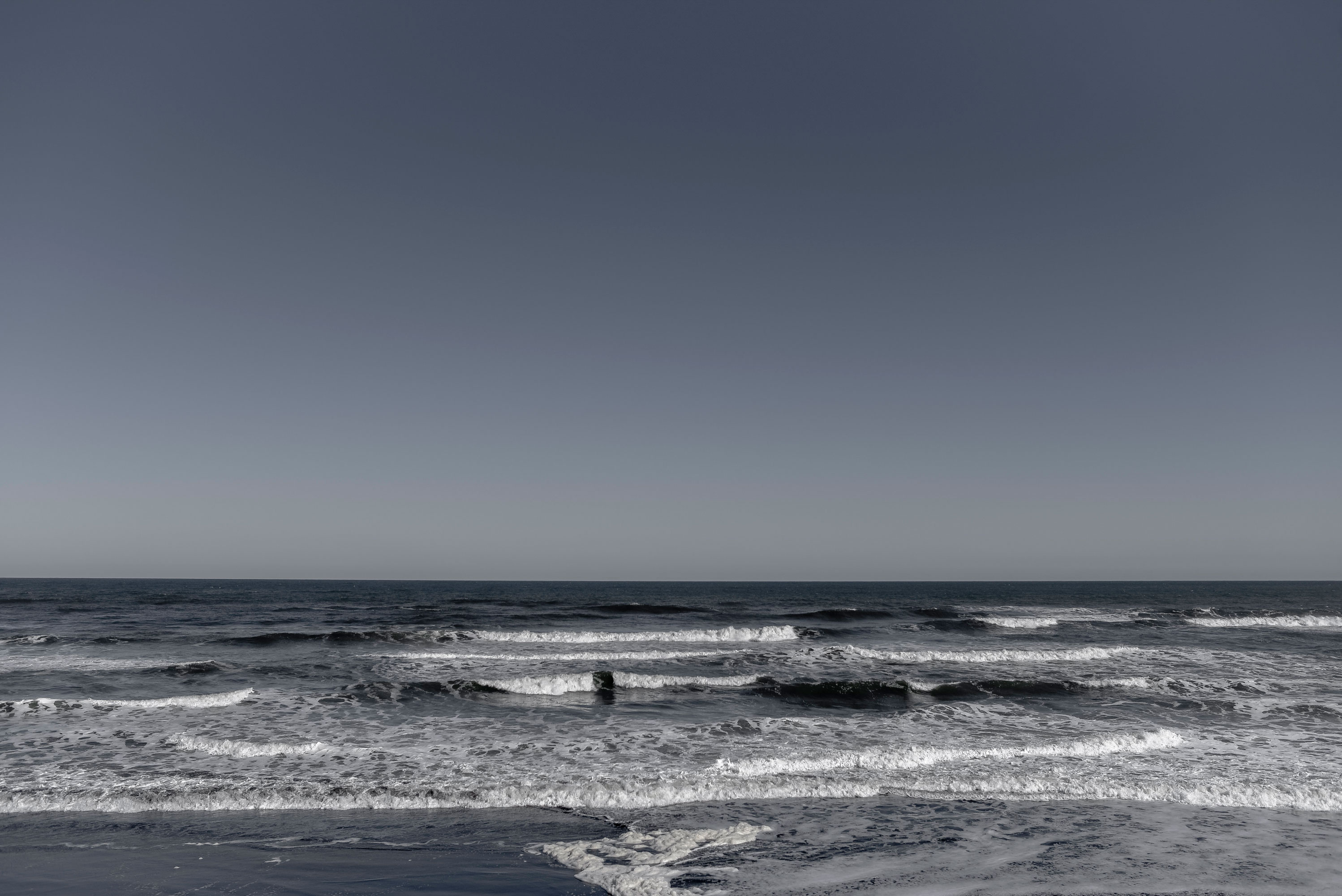 (3) Machi Juana Mora Millaqueo, 45 years old. Belonging to a family of Machi Lonko tradition, her role as a spiritual authority was defined since she was a child.   (4) The Mari Epu Lof ADI Bindi school was born as a proposal for the collective training of future Lafkenche leaders.   (5) Breeding animals is essential to the livelihood of the Mapuche Lafkenche communities.   (6) Juana studied in the city of Santiago. Current circumstances led her to assume the role of Machi for which she was destined. Among her responsibilities is the care and guidance of the members of her community.   (7) The Lafken Mapu is the coastal area inhabited by the Mapuche People. It extends from Tirúa to the province of Osorno.‍

The current Chilean Constitution, a legacy of the military dictator Augusto Pinochet, who ruled Chile from 1974 to 1990, does not mention Indigenous Communities even once, nor does it recognize Chile as a multicultural and multi-ethnic country. To Hermo it seems clear that the social upheaval that began in 2019 shook the State as the people, no longer afraid, rose up to demand their rights.

These massive mobilizations led to a referendum on whether or not Chileans wanted a new Constitution and, if so, what would be the mechanism to draft it. The referendum was successful and Hermo hopes that the new Constitution will recognize Indigenous Peoples and their rights. There are indications that this will be the case: days after this interview with Hermo, the Constitutional Convention elected a Mapuche woman, Elisa Loncón, as its president. 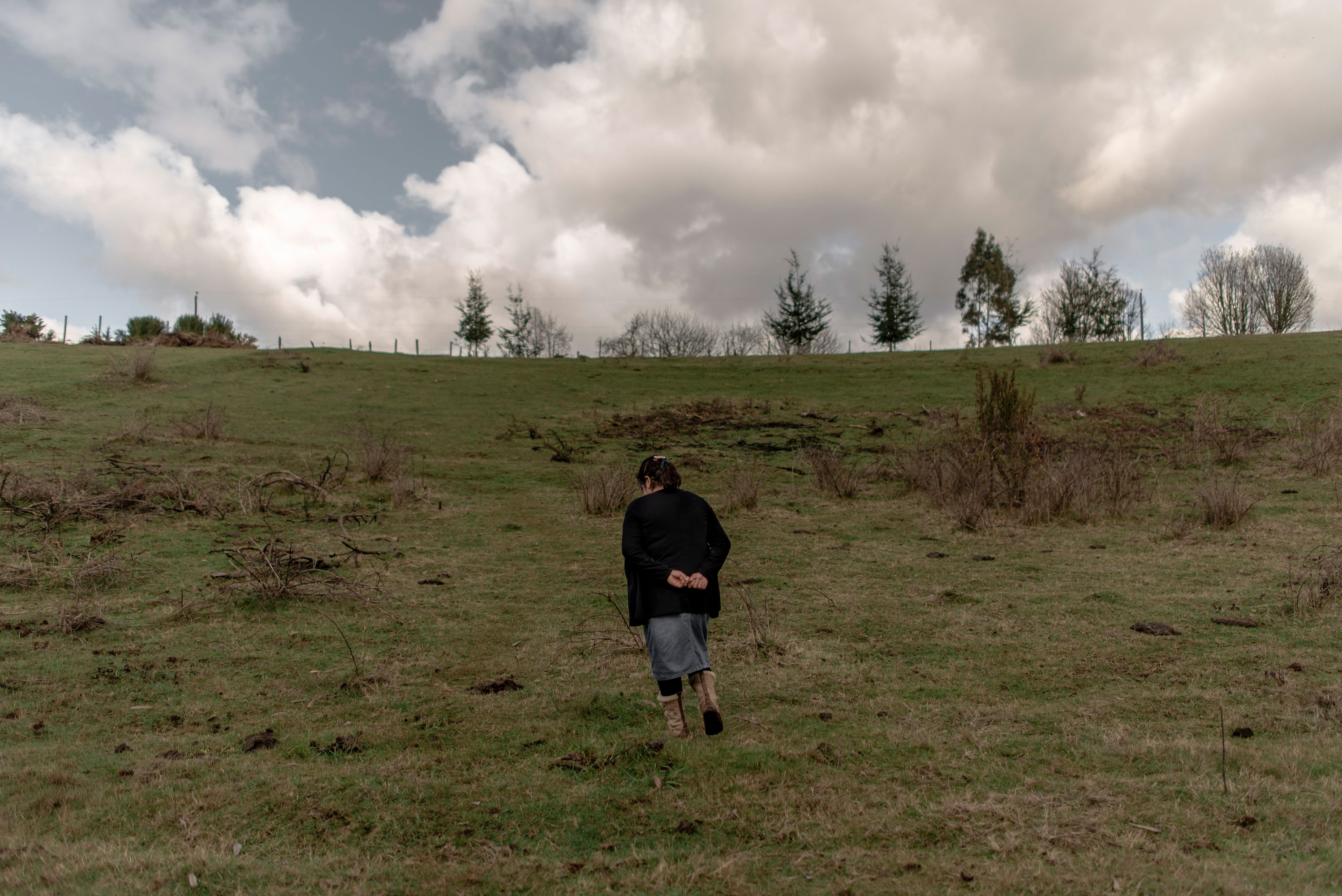 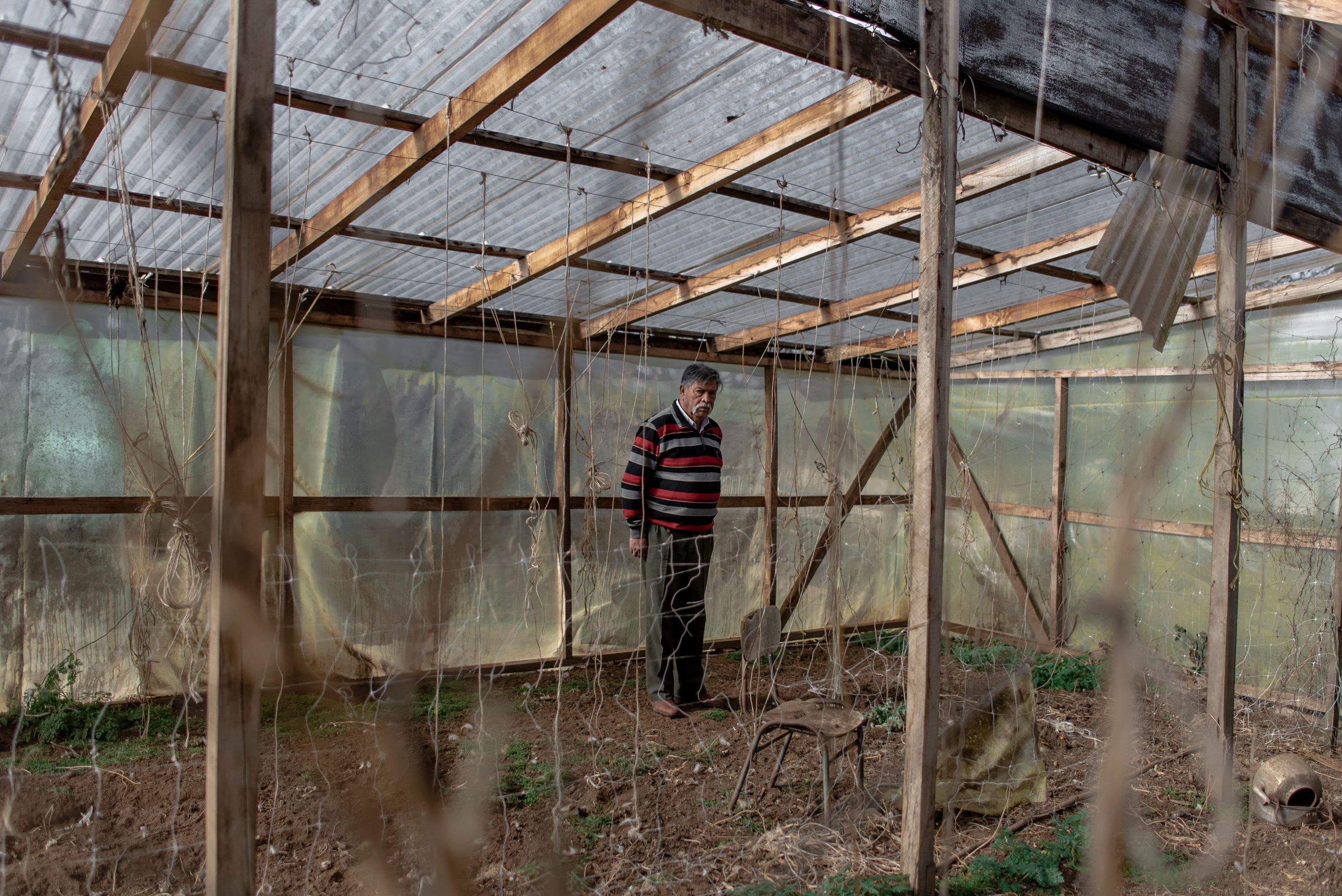 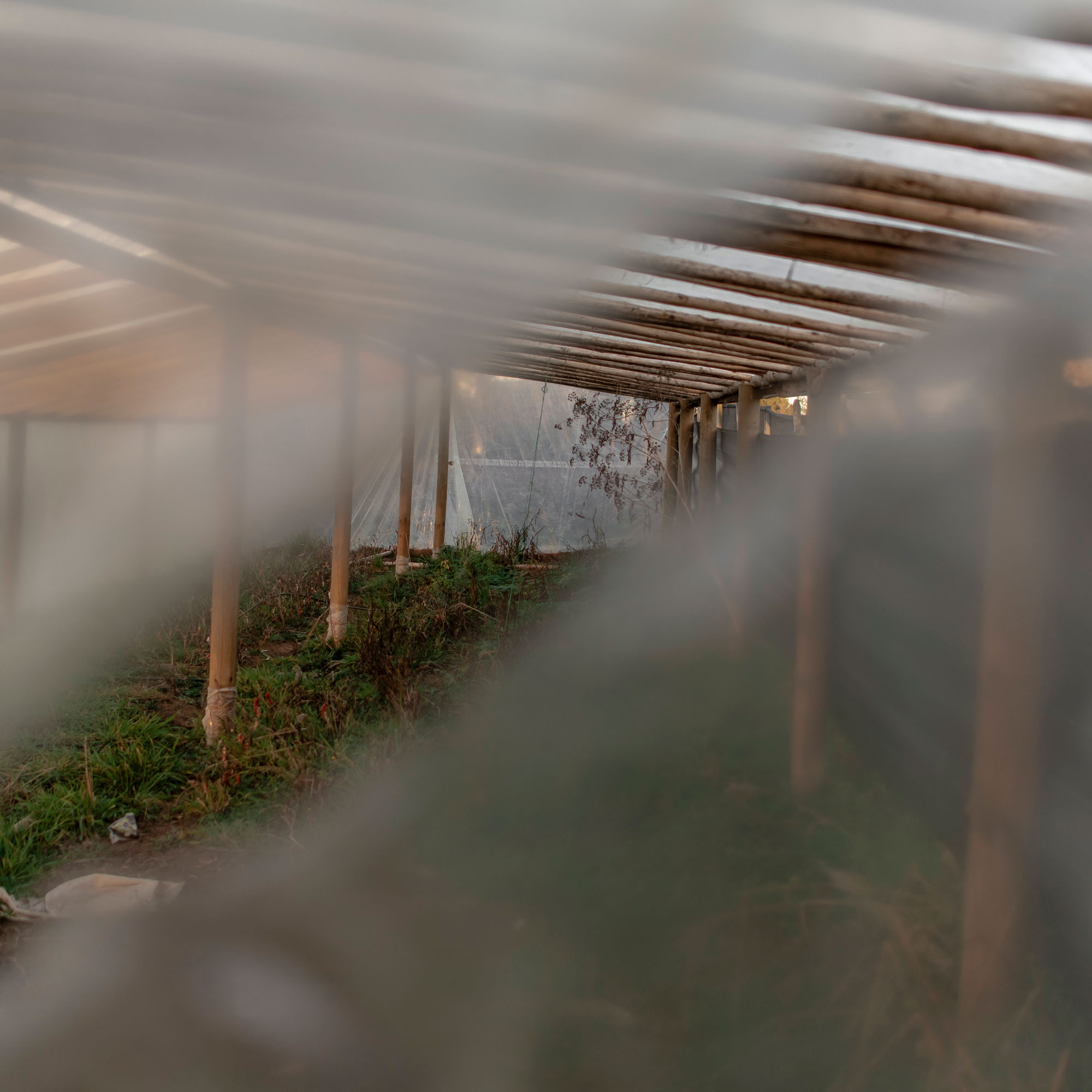 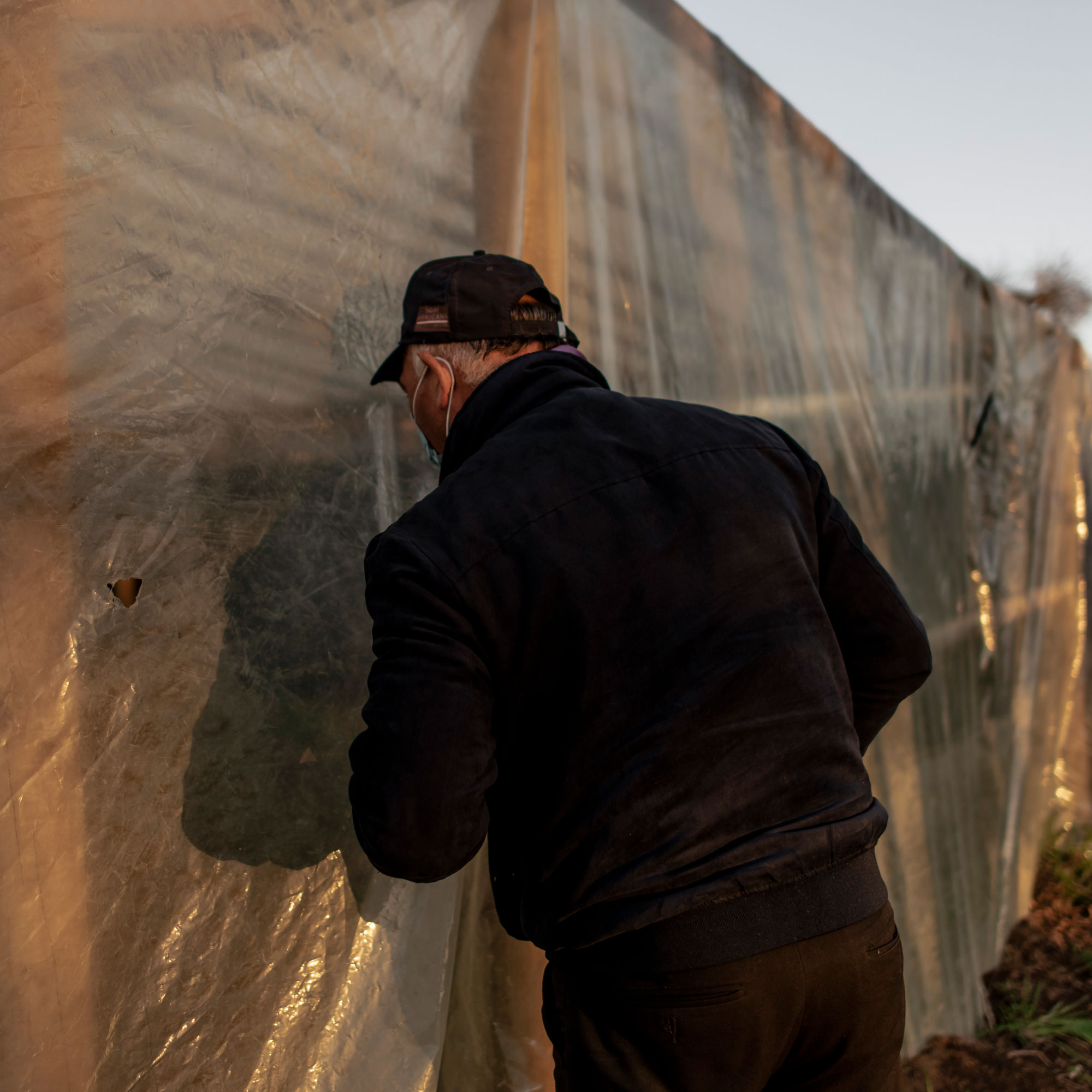 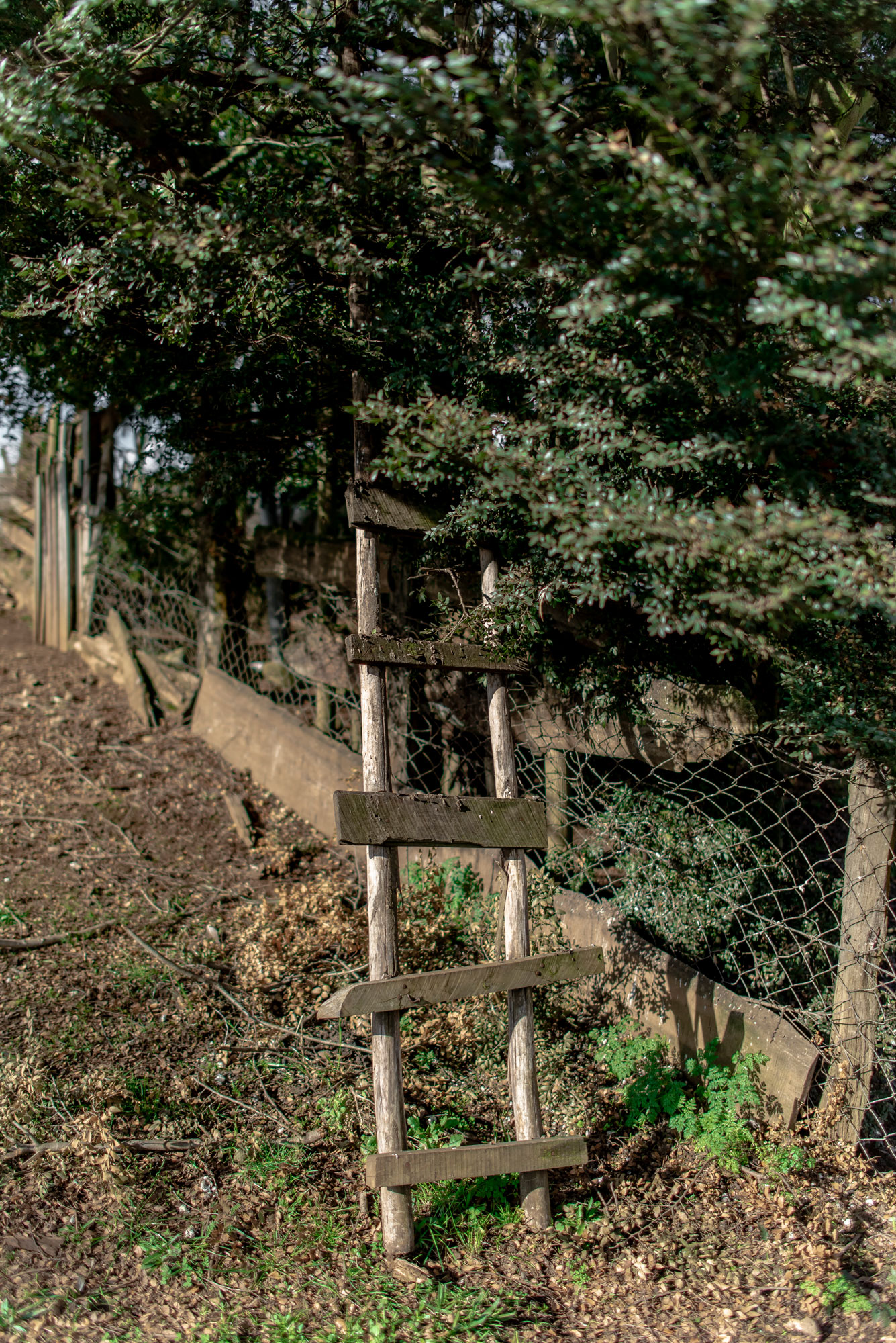 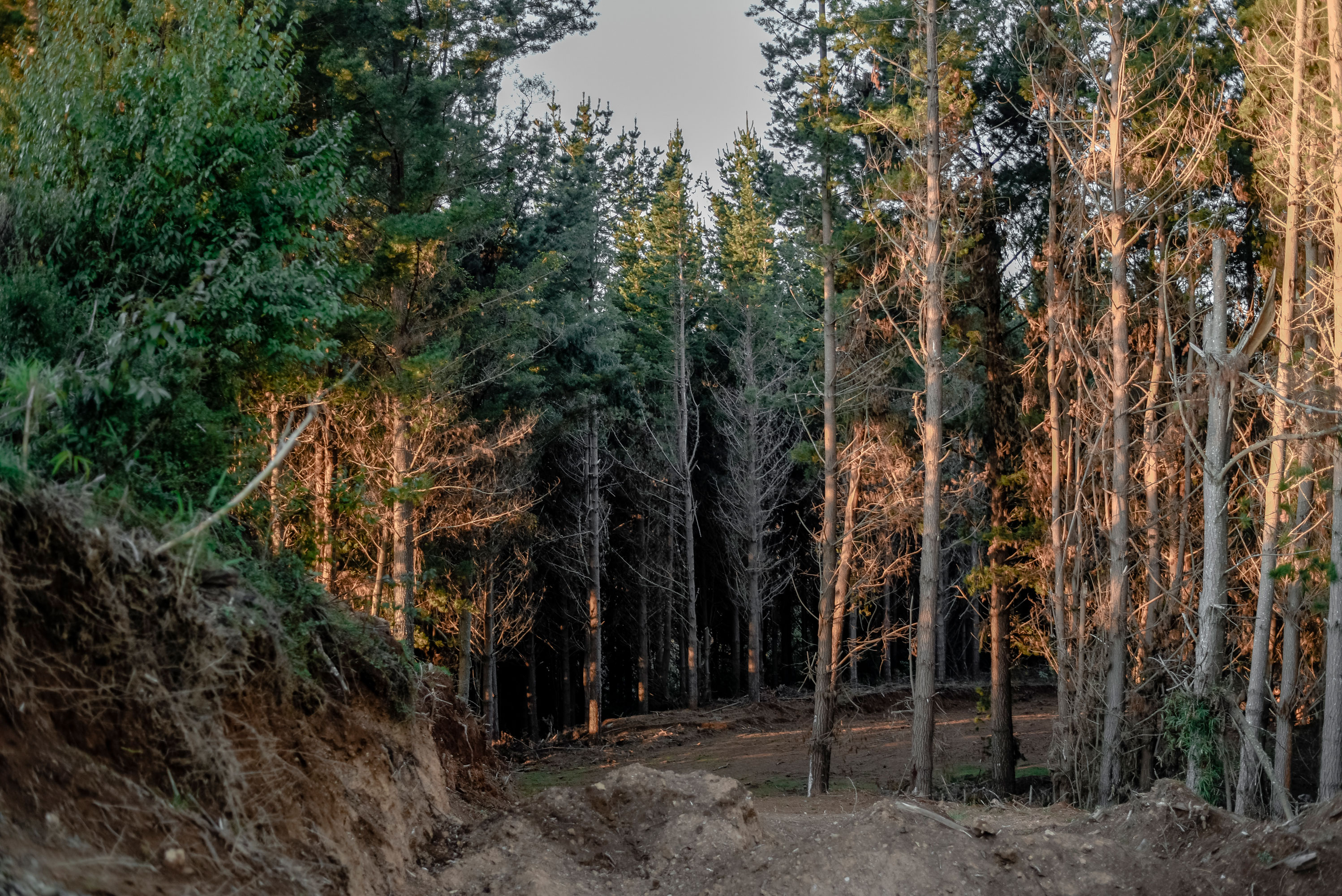 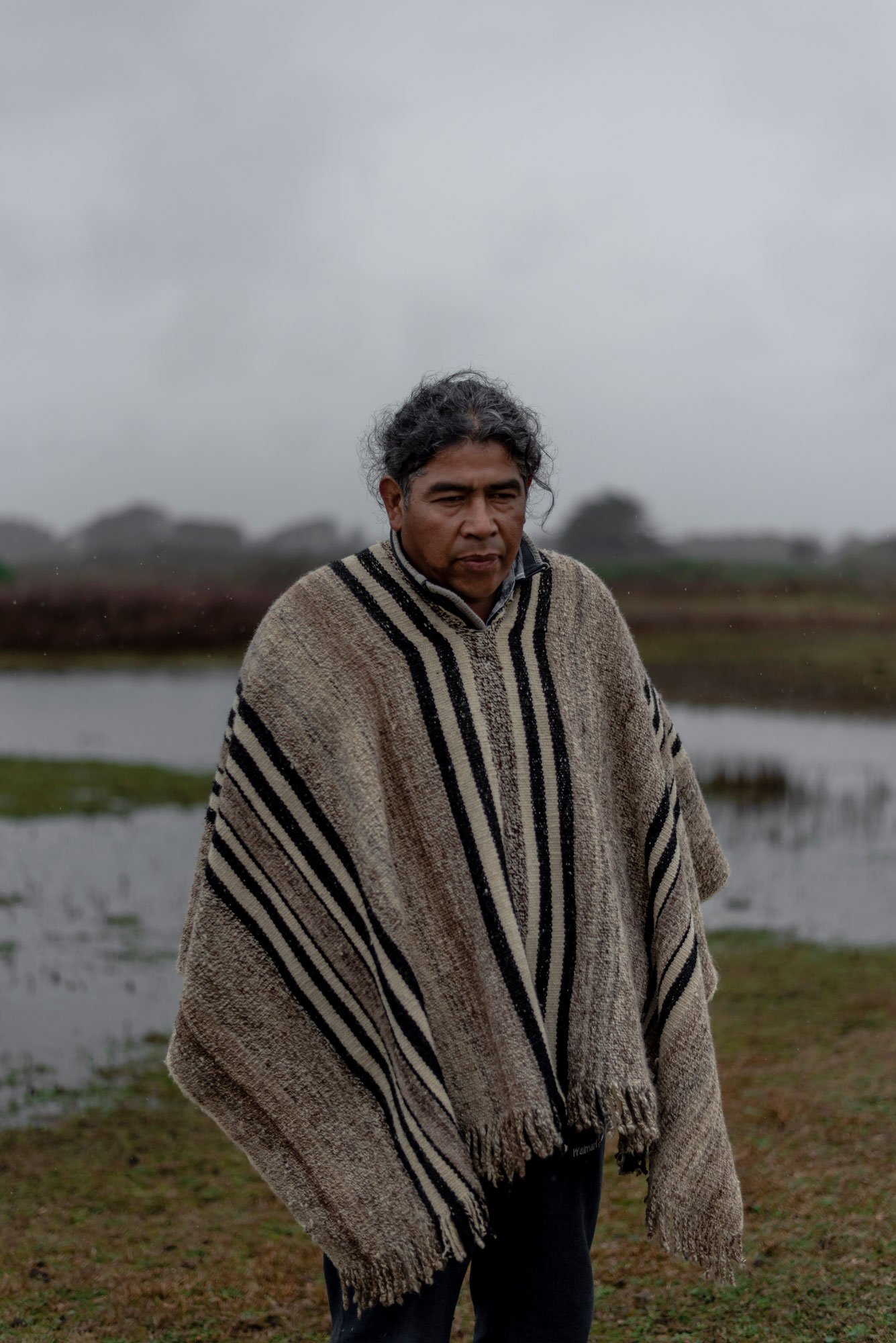 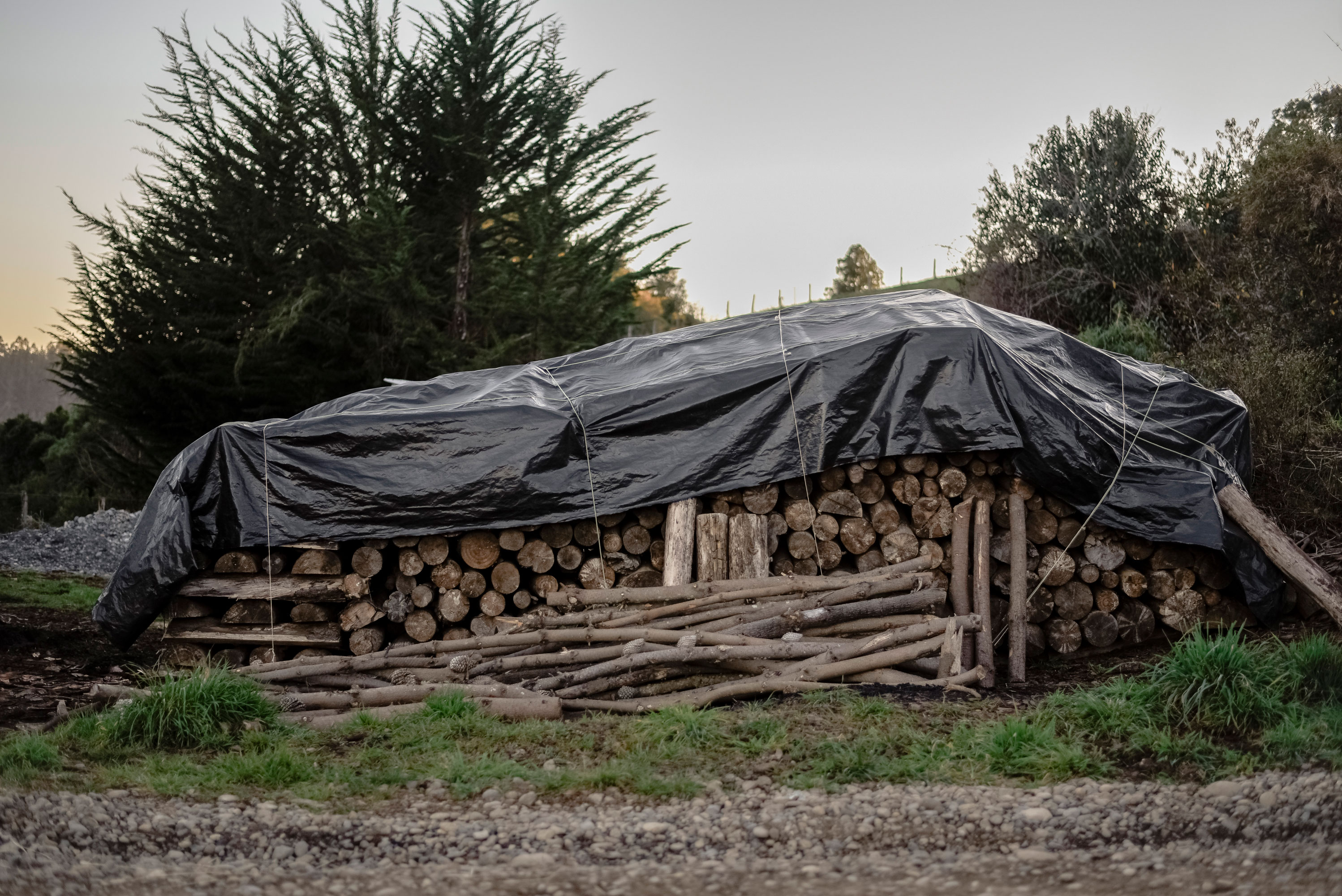 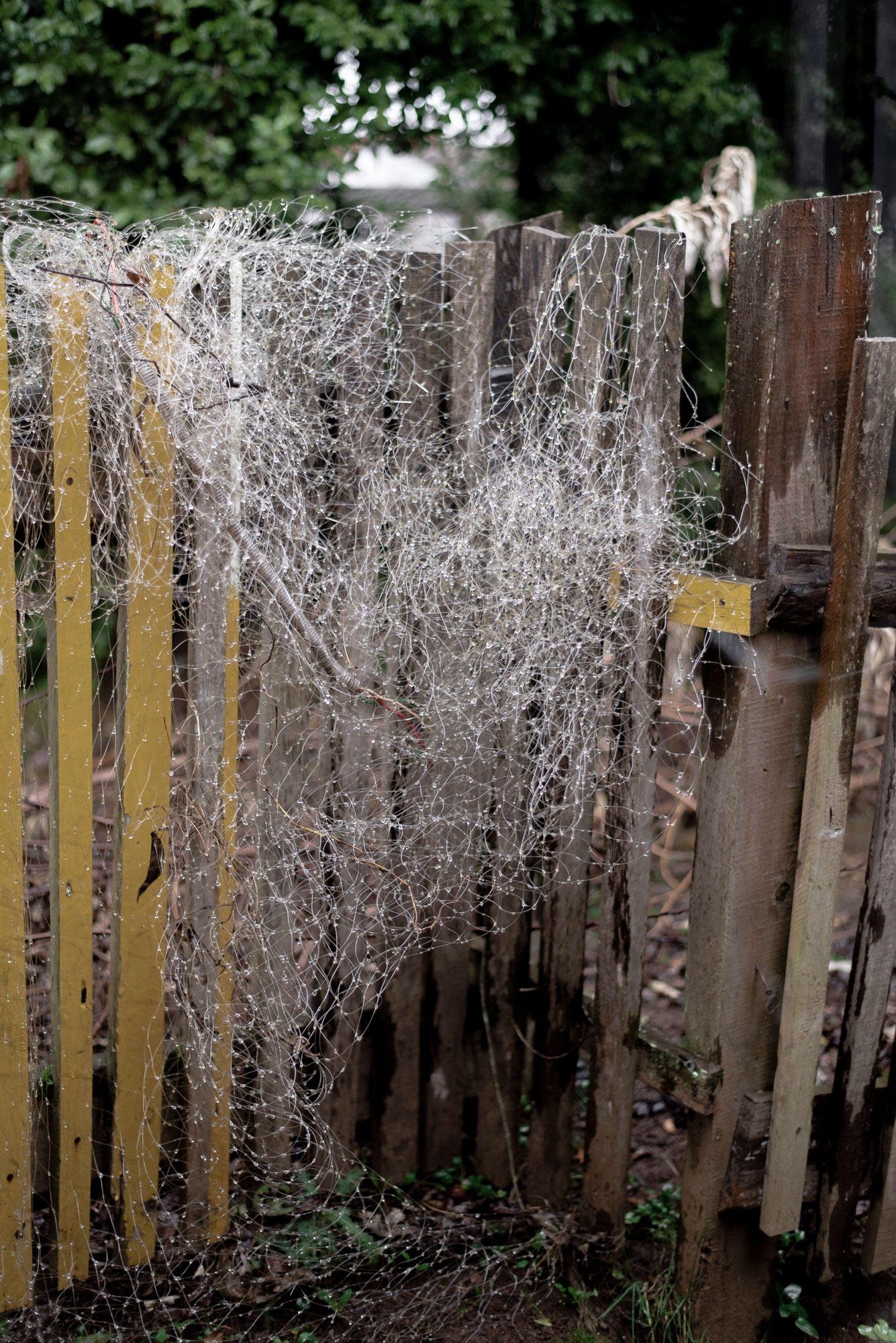 (8) Women intervene in collective decision-making that seeks to strengthen the future of their communities.   (9 a-d) With the support of the International Indigenous Womens’ Forum (FIMI), initiatives to promote food security have been carried out.   (10) The presence of pine and eucalyptus trees cause water scarcity and the deterioration of the land. The Mapuche People have raised their voices against extractivism and the exploitation of their environment.   (11 a-b) José Avelino Huenchuman, member and representative of the Teodoro Schmidt commune.   (12) Deforestation is one of the multiple threats that the Mapuche People currently face.‍

Hermo Antilef is still concerned about lack of opportunities, lack of resources and the State's will to invest in Indigenous Peoples. For example, Teodoro Schmidt’s closest hospital is 100 kilometers away, takes three hours to reach and their traditional medicine is not respected, even though they need it.

The community has access to education, but, as with health, that essential service has been privatized. Prevalent racism also means that, even with the same education, an indigenous child will not be valued the same way by Chilean society as one with "blue eyes," Hermo says.

Hermo's aspiration for his community is that everyone can achieve a healthier diet by consuming what they produce. To achieve this, he believes that you have to know how to take care of the land since without it there is no life. "The land gives birth to you, it feeds you and waits for your return," he says.

For these reasons, Hermo and his community organized and presented a project before the International Fund for Agricultural Development (IFAD). This institution gave them financial support, through its Indigenous Peoples Assistance Facility (IPAF) fund, and the International Indigenous Women’s Forum (FIMI) helped them implement the project. Community members have carried out collective training based on a model of cultural, environment and gender equality to assure that future Lafkenche leaders will have the necessary skills to administer their territories. Though the workshops focused on young people, community members of all ages participated.

The Mapuche territory is named Wallontu Mapu or Wallmapu (the surrounding land) in the Mapuzungun language. This vast area is located in south-central Chile and Argentina, separated by the Andes Mountains. 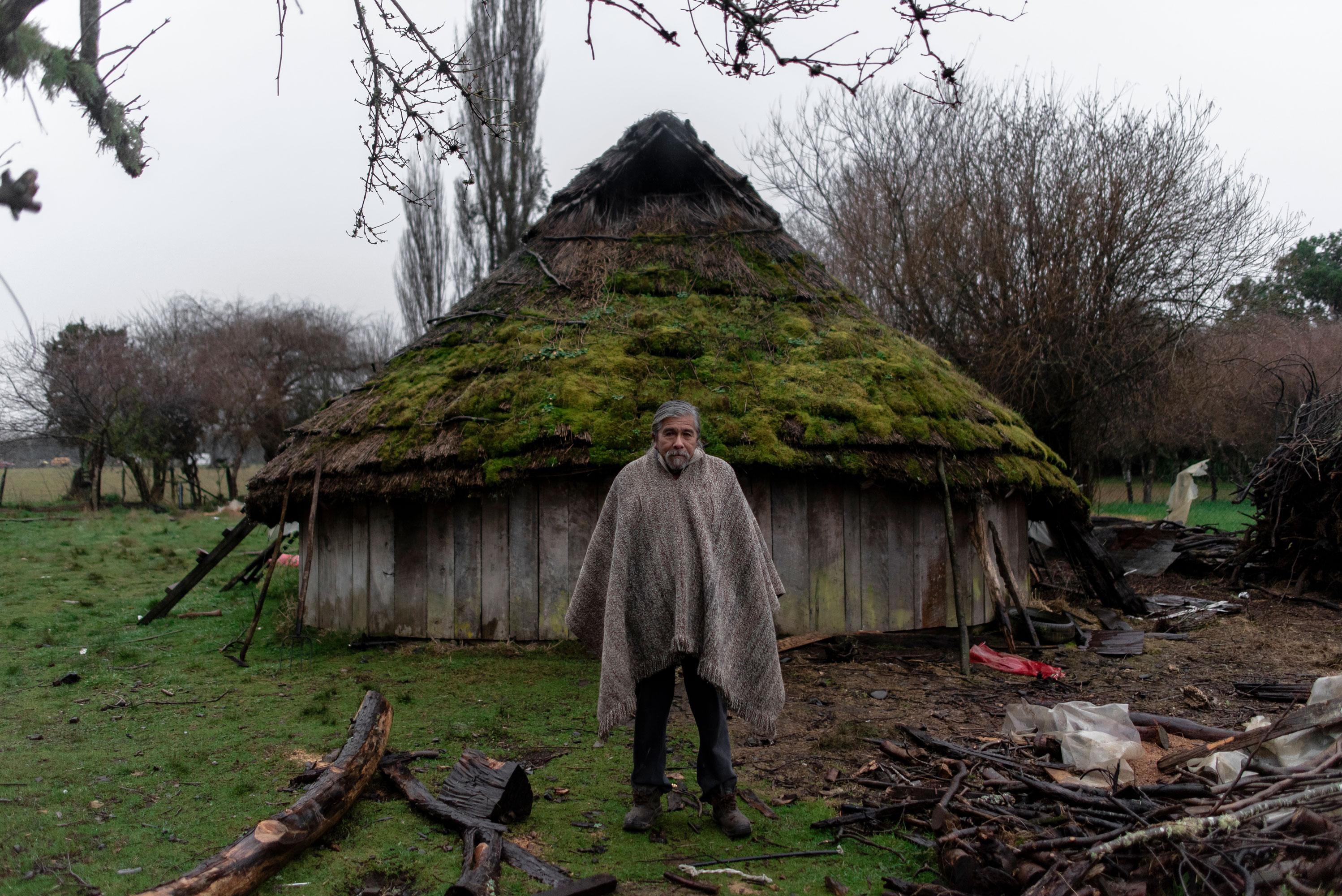 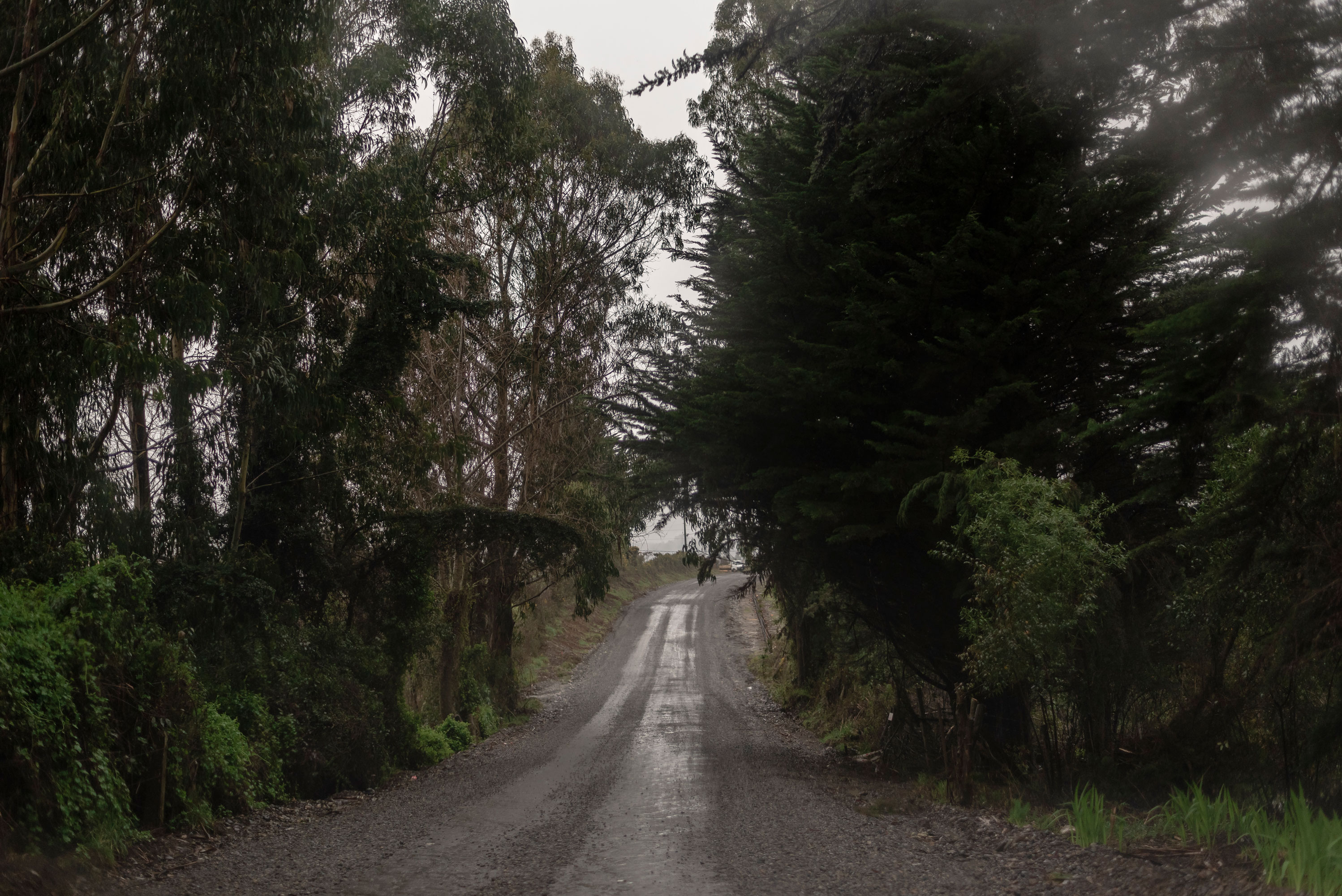 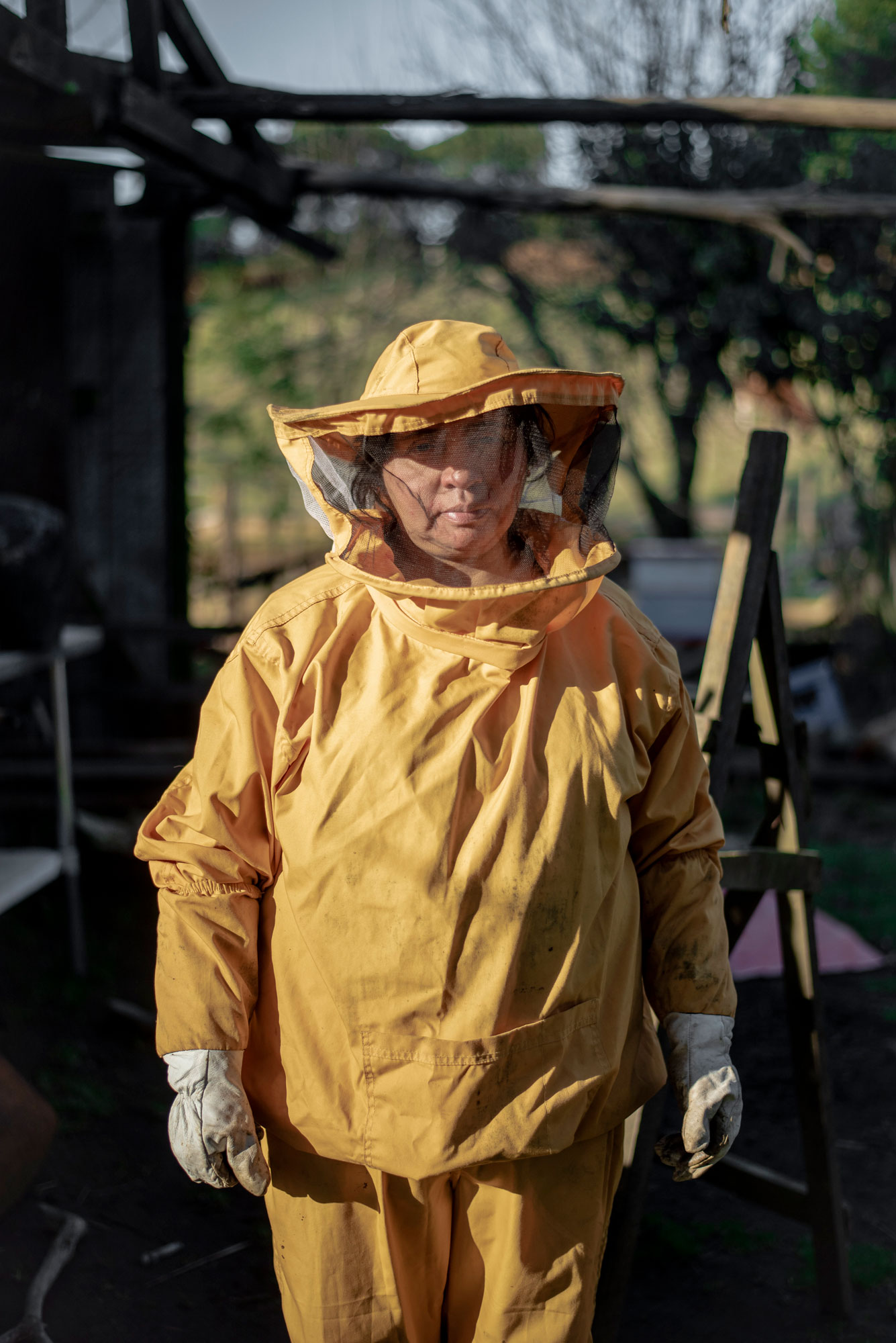 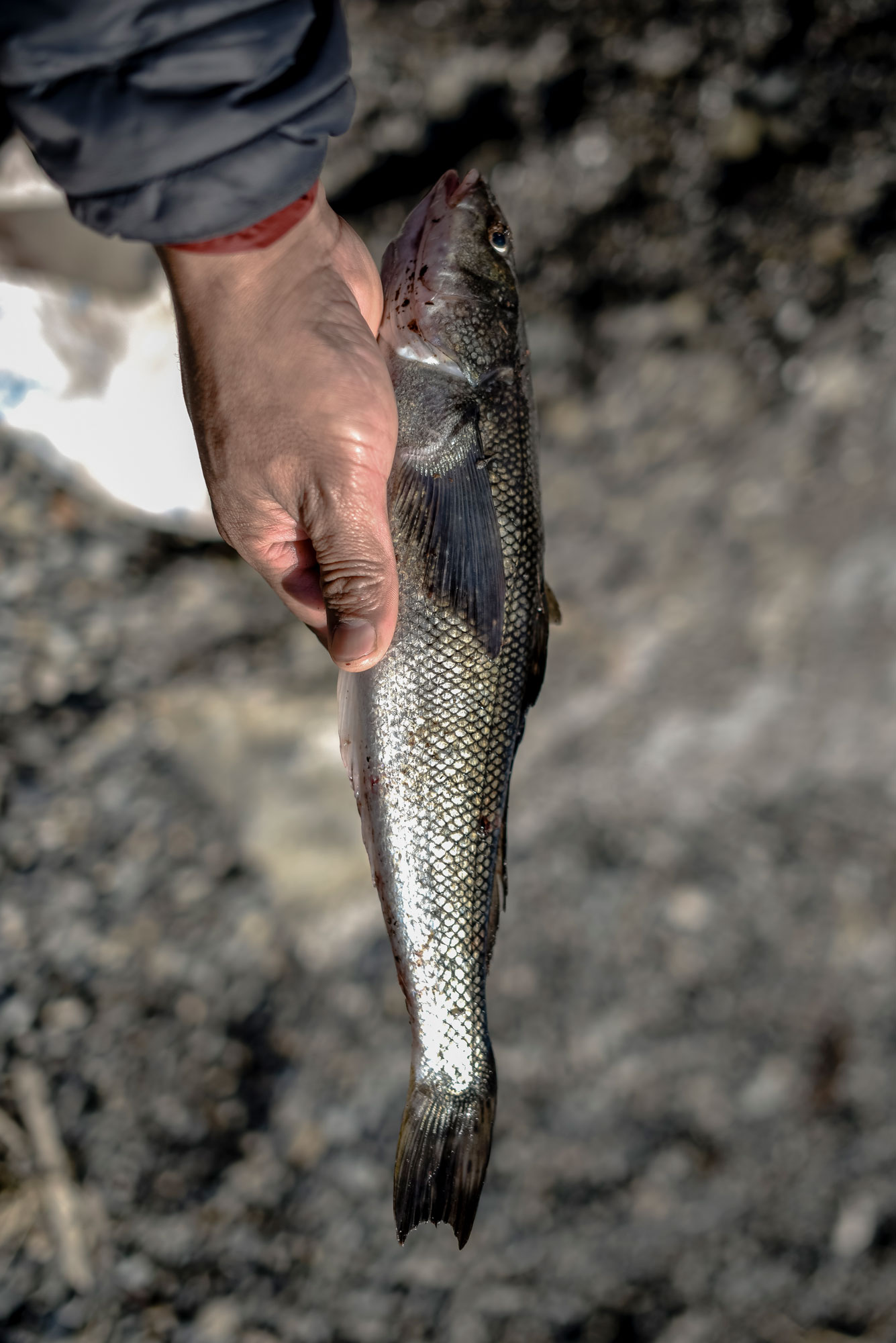 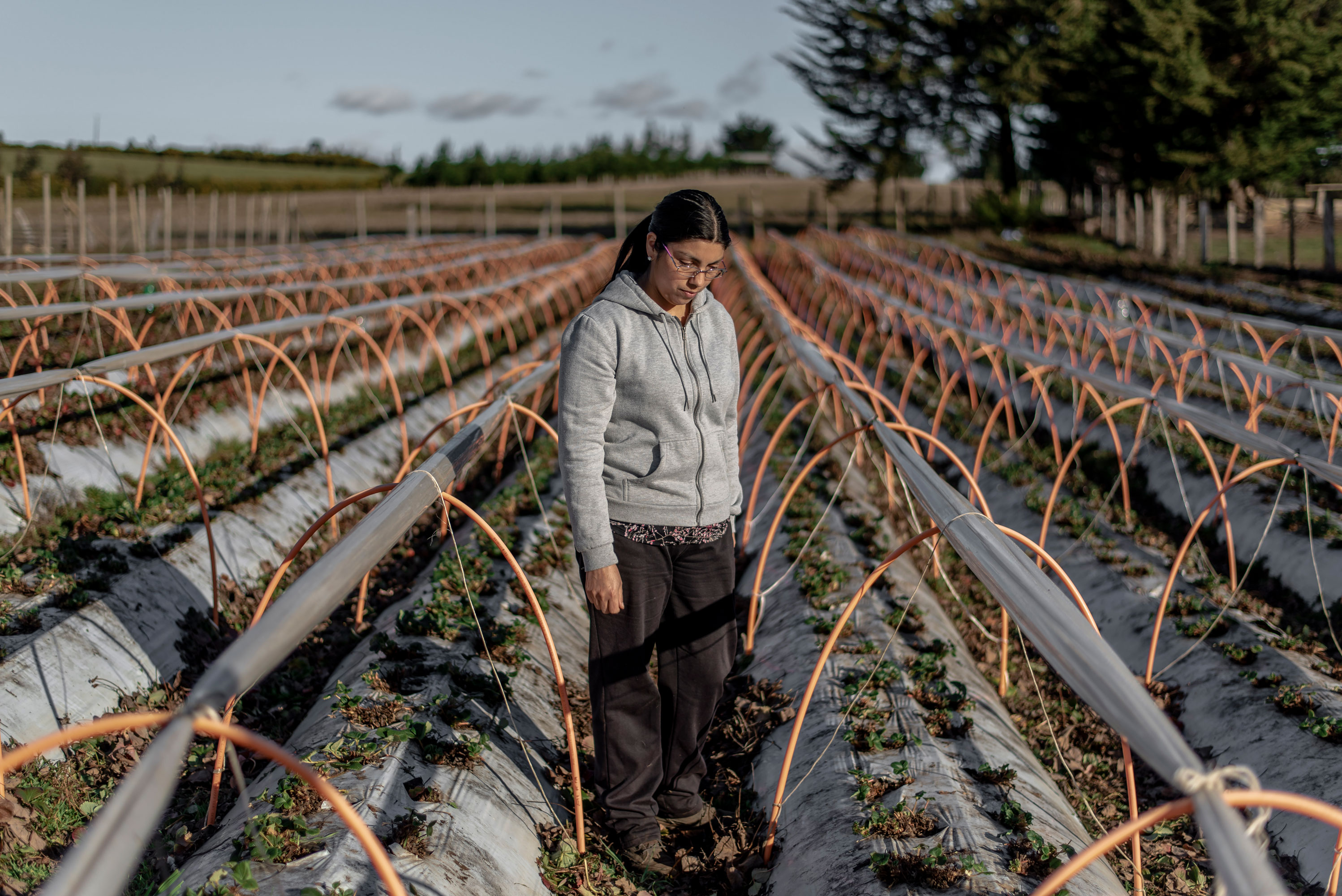 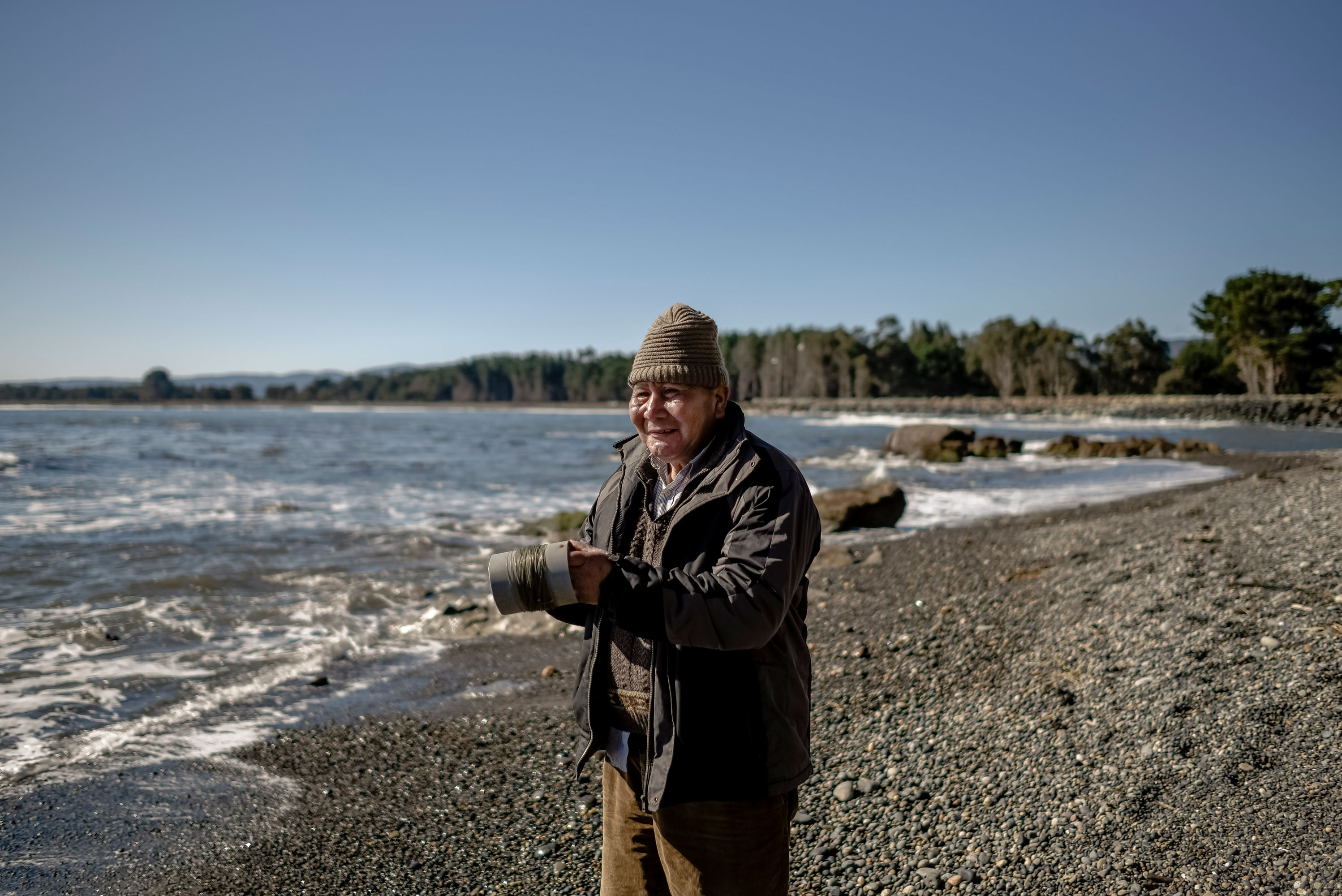 (13) Leocadio Sánchez, "Lonko", in front of his Ruca. These traditional structures have served as a meeting place for members of the communities.   (14 a-b) Initiatives for the collective training of future Lafkenche leaders have been carried out in the communities.   (15) Fishing is an essential activity for the Mapuche Lafkenche.   (16) Jeannette Huircán Lobos, 35 years old, is currently planting and harvesting various vegetables. Food security and self-sustenance are vital for her community.   (17) An older man fishes for his own consumption in the Nigue sector.‍

The workshops have left both tangible and intangible results, imparting technical knowledge and new perspectives. Hermo says that "it has helped them to hold their head up and see what they can be and can do." He has a clear goal: for the Indigenous Peoples of Chile to be self-sufficient, free to feed themselves, educate themselves and heal themselves in harmony with nature and on the basis of their cosmovision.

Until that comes to pass, he will continue to respect his land and water, just as his elders taught him. Hermo insists that he is only a human being and that "nature is made perfect." She doesn't need us to take care of her because, on the contrary, she takes care of us. Therefore, he says, we must be responsible with what she gives us. There is, in the Lafkenche community, a term for this attitude of respect for all life: Ixtrofil Mögen (well-being). 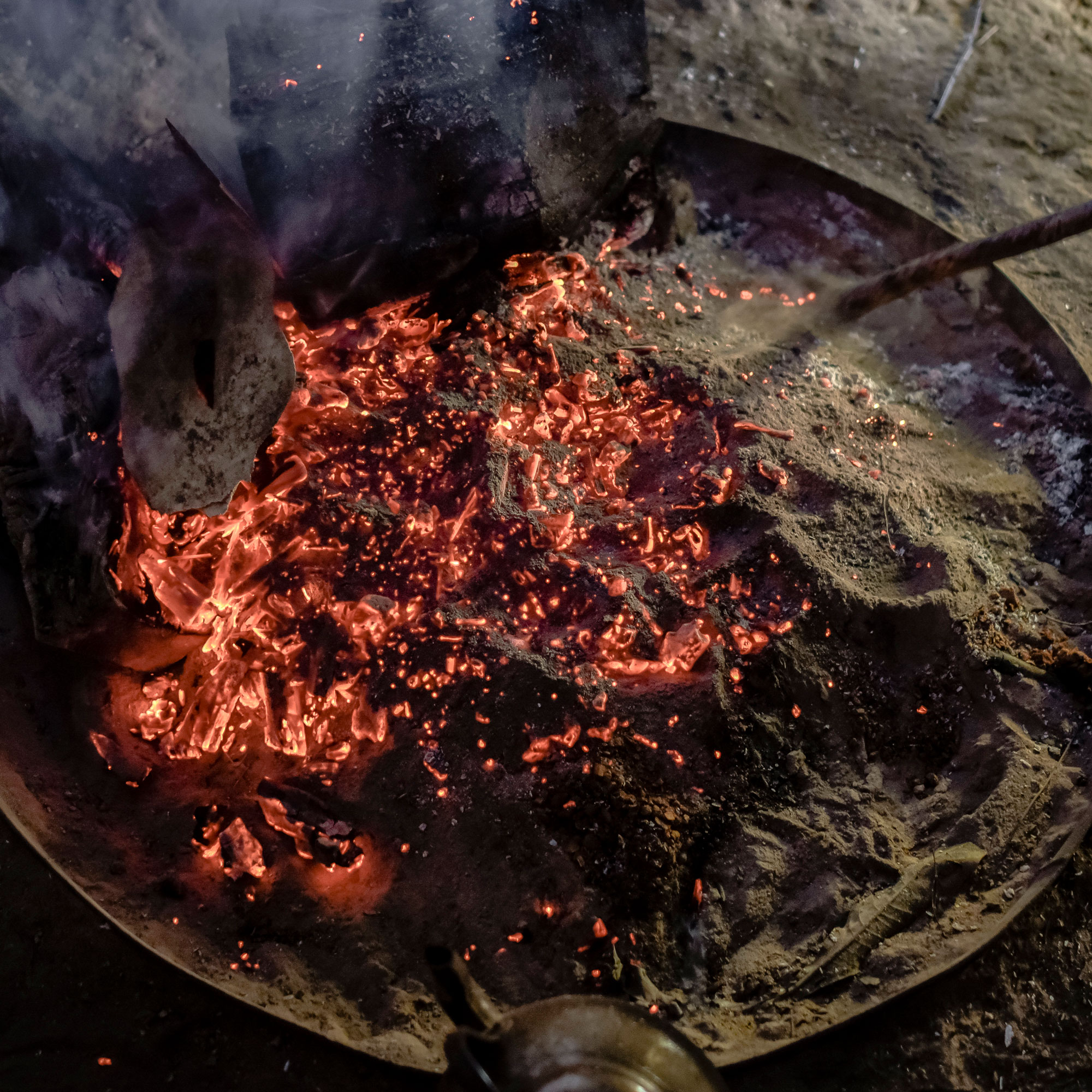 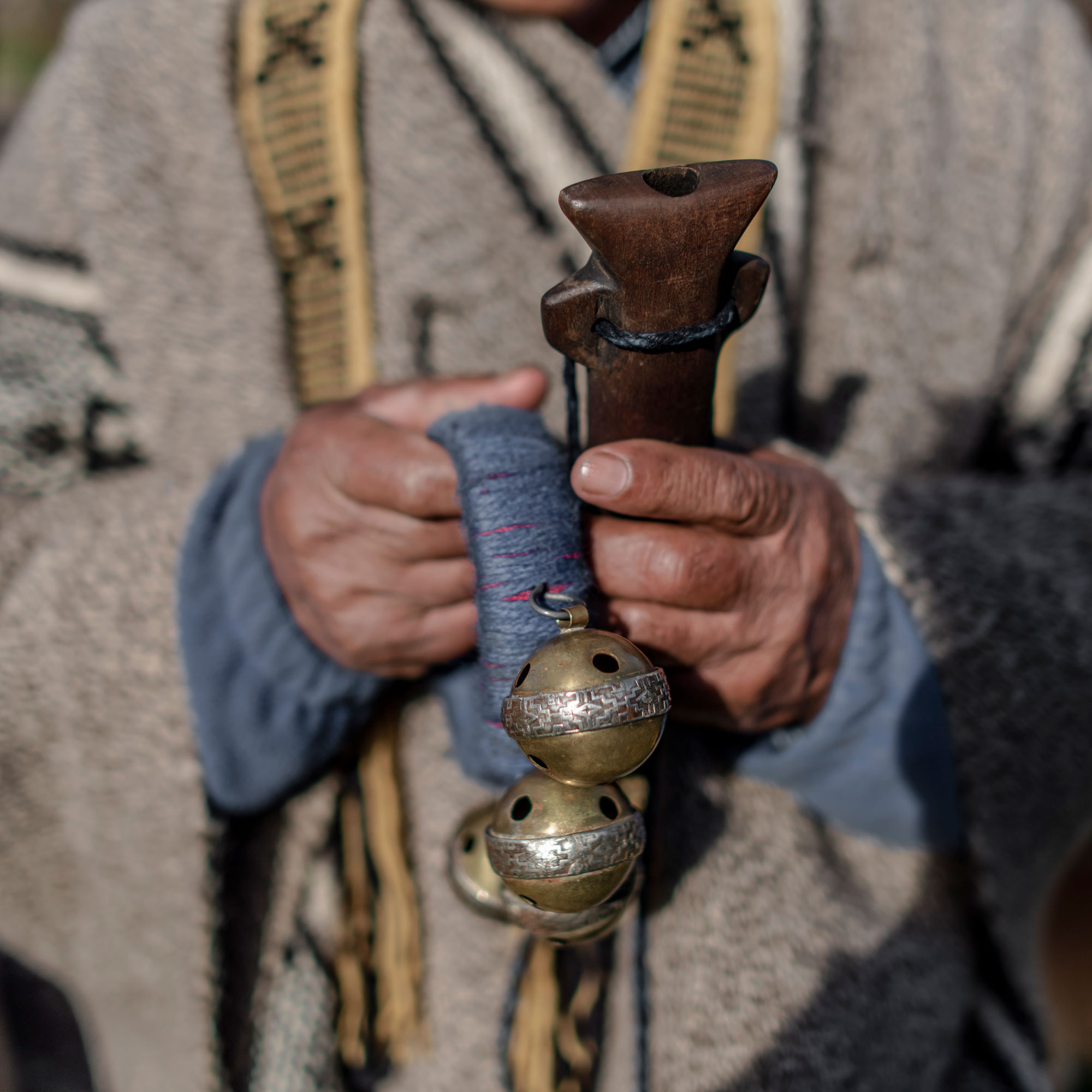 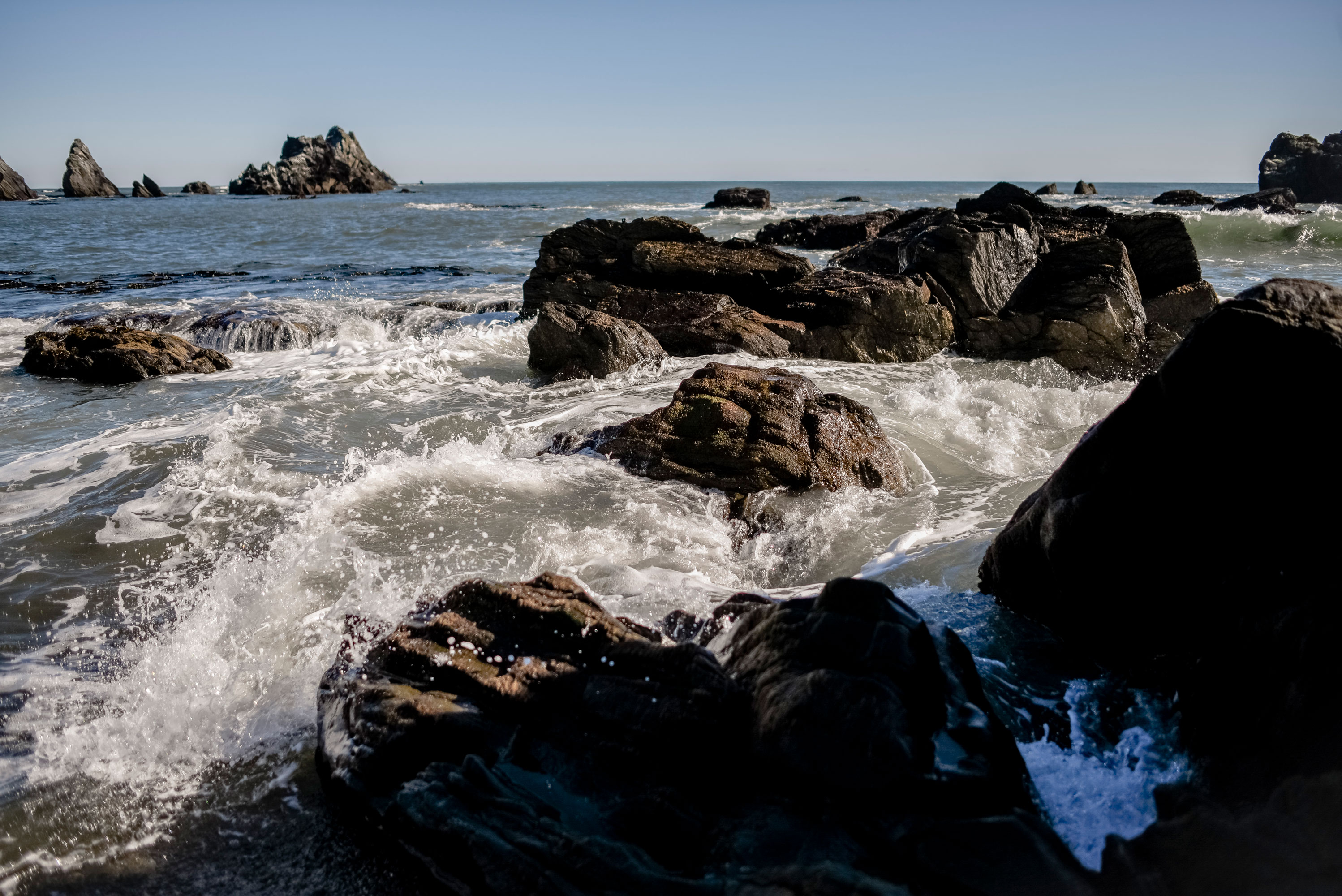 (18) Traditional food preparations inside a Ruca.   (19) The Cascahuilla and the Pifilca are instruments used in traditional ceremonies of the Mapuche people.   (20) The Mapuche territory is called Wallmapu or "surrounding land" in the Mapuzungun language.‍