Contributions to the food security of Guaraní families through the conservation and diversification of harvest crops. The project seeks to improve the communities’ overall quality of life and to provide necessary tools to counter the effects of climate change, such as the fostering of indigenous knowledge, participatory learning methods and the development of communal plots for the practice of sustainable agriculture. Activities will be carried out in three captaincies of the Assembly of the Guaraní People, APG Yaku-igüa, based in the municipality of Yacuiba.

Pozo del Anta, Timboy Tiguasu and Yaguacua are communal captaincies of the Assembly of the Guaraní People, APG Yaku-igüa, of the Yacuiba municipality, located in the Gran Chaco Region, in the deep south of the Plurinational State of Bolivia. These Guaraní communities live on the border with the Republic of Argentina. Temperatures range between 10 - 30 ° C. The climate is semi-tropical, meaning long and warm summers and short and tepid winters. 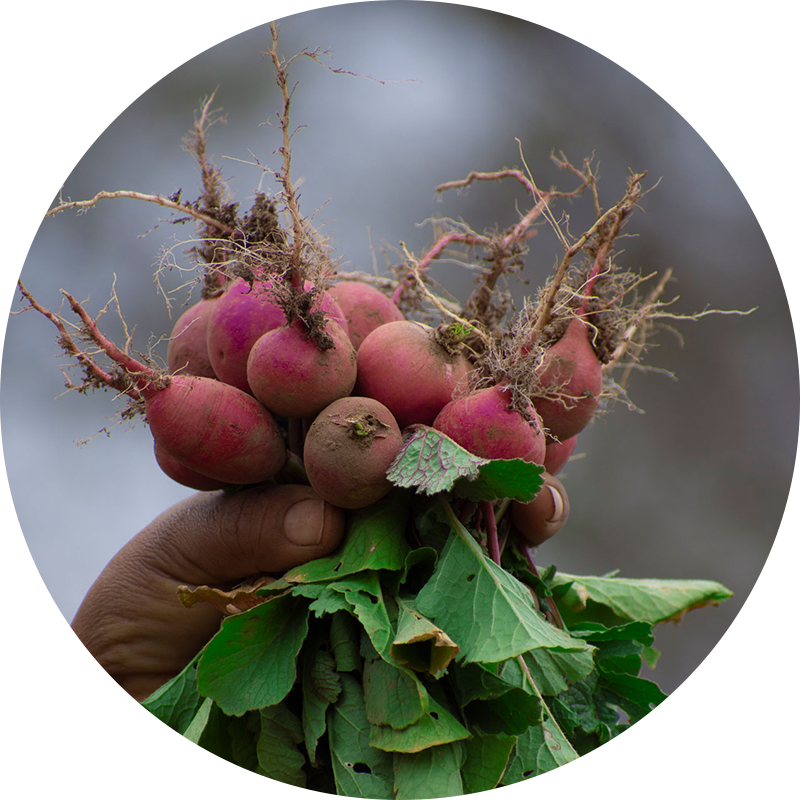 Rosabel Villalba Soto and Edil Zenteno Flores travelled for an hour and ten minutes from Timboy Tiguasu to the city of Yacuiba, Bolivia, to talk about their community and their project focused on improving the standard of living through food security. Until little more than a year ago they covered that same distance each time they needed vegetables. During the interview, Kiara, their 4-year-old daughter, moved patiently between the arms of her mother and father.

Timboy Tiguasu is one of the 25 Guaraní capitanías of the Bolivian Chaco, a region of arid subtropical forest in the country’s southeastern corner. Located in the municipality of Yacuiba, in the province of El Gran Chaco of the Tarija department, their community is home to 21 families, a total of just 70 to 80 people, the majority of them farmers who identify as Guaraní, though Spanish is the most widely spoken language. 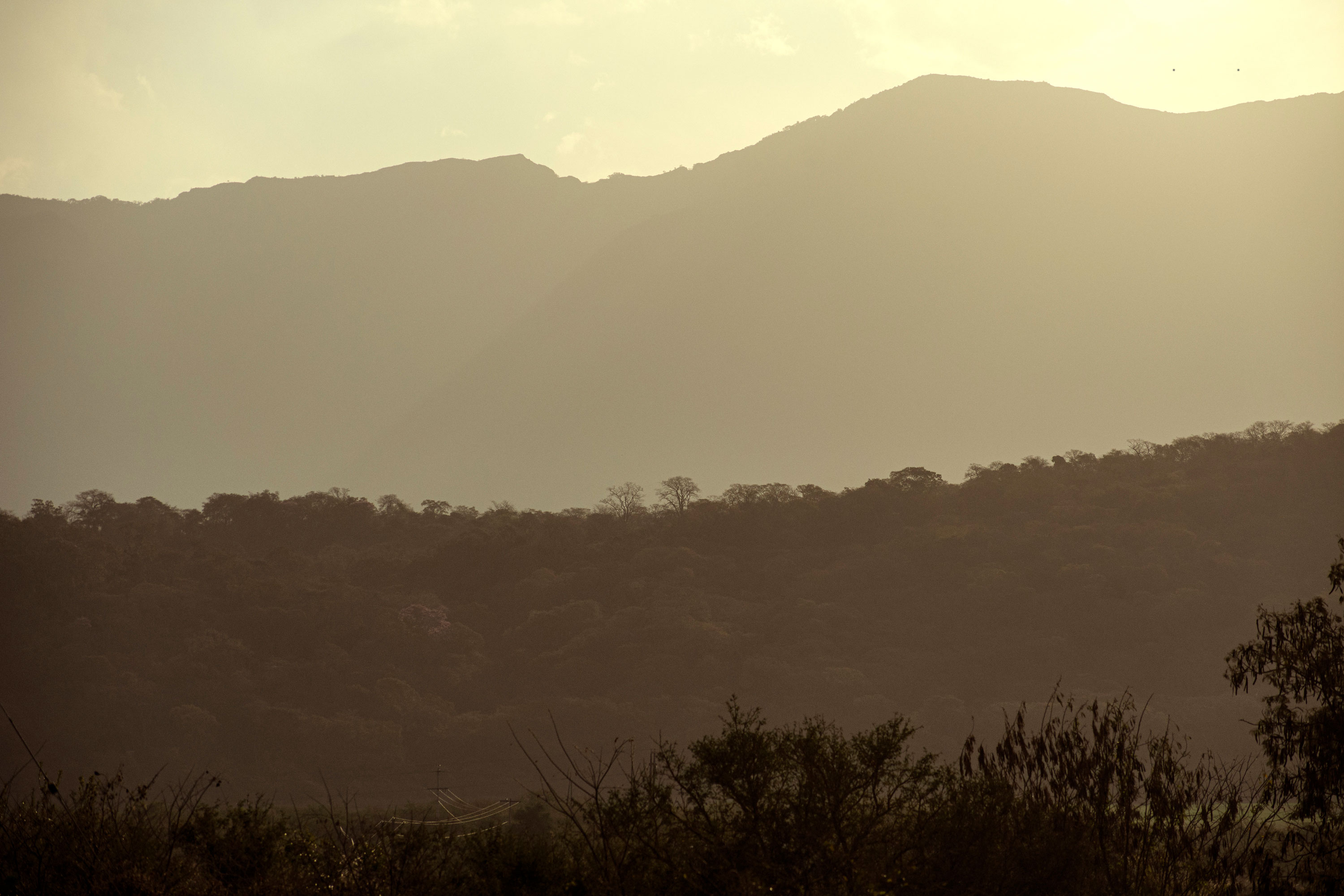 (1) Sunset in the mountains of Yaguacua. The community is located in a region known for its dry forests.

Rosabel and Edil are farmers as well as community leaders. Edil proudly carries the title of Mburuvicha (captain), the community’s highest authority, a position he will hold for a maximum of two years before the votes that elected him are cast again. He describes his role in the community as a mixture of leader and teacher.

“We take care of the land because it gives us life, we live thanks to it. It is only fair to take care of it in return.” 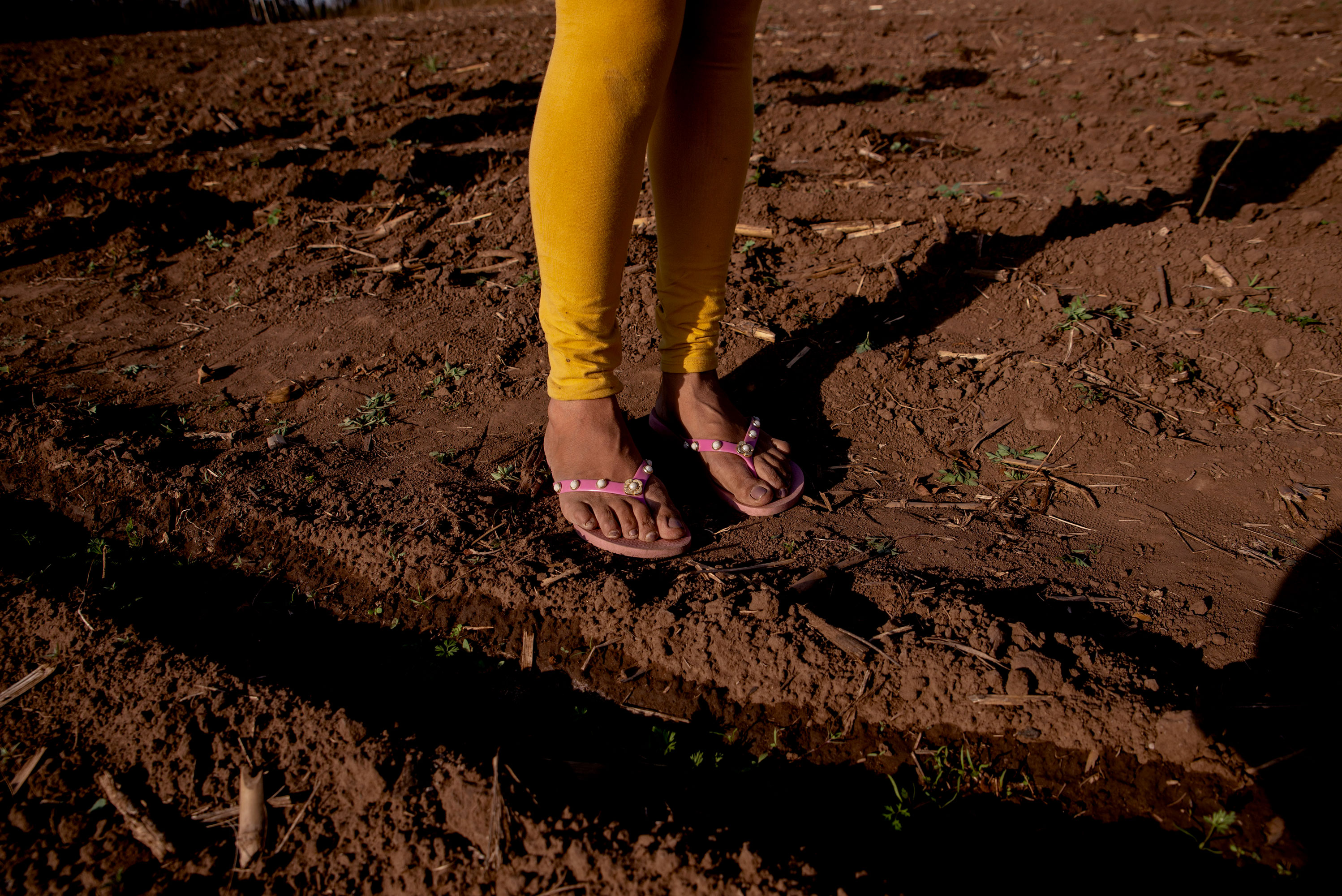 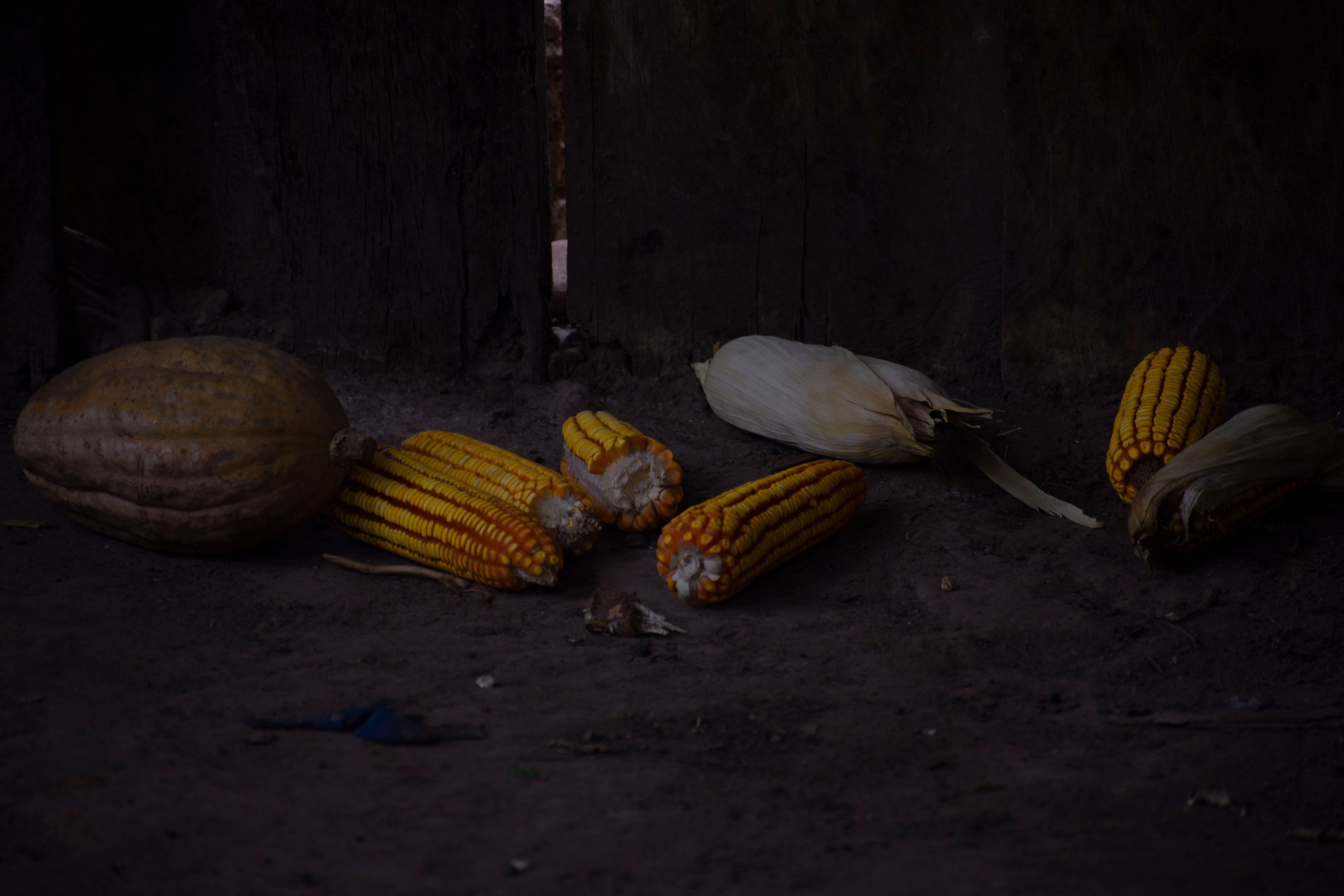 (2) Women of the Guaraní indigenous communities of the APG Yaku-igüa work together to manage communal gardens.   (3) Maize is of great importance to the communities. Not only is it a link to their ancestors, it is still one of the main foods consumed by Guaraní families.

Rosabel presides over a group of women who hope to improve the local standard of living by strengthening their community’s food security and nutrition. As of April 2019, this group, with the technical support of the Center of Regional Studies for the Development of Tarija (CERDET), and the backing of the International Indigenous Women’s Forum (FIMI), with the financial support of the International Fund for Agricultural Development (IFAD), through its Indigenous Peoples Assistance Facility (IPAF) fund, has worked principally on the construction of family and communal orchards. The project has been executed with the endorsement of the Assembly of the Guaraní People of Yacuiba and involves two other communities, called Pozo del Anta and Yaguaca, located within the same municipality as Timboy Tiguasu. In total, around 59 families are involved in the project. 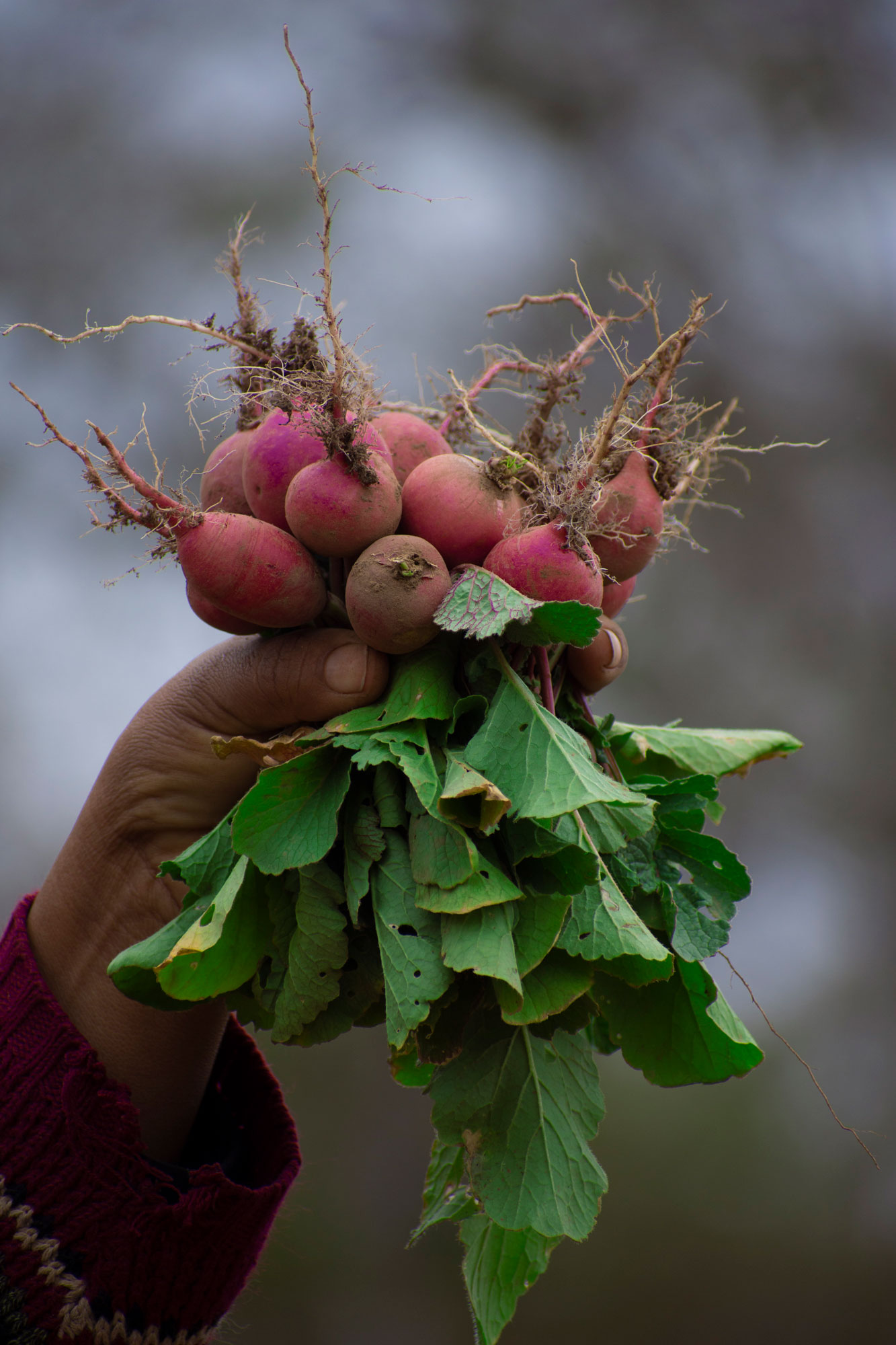 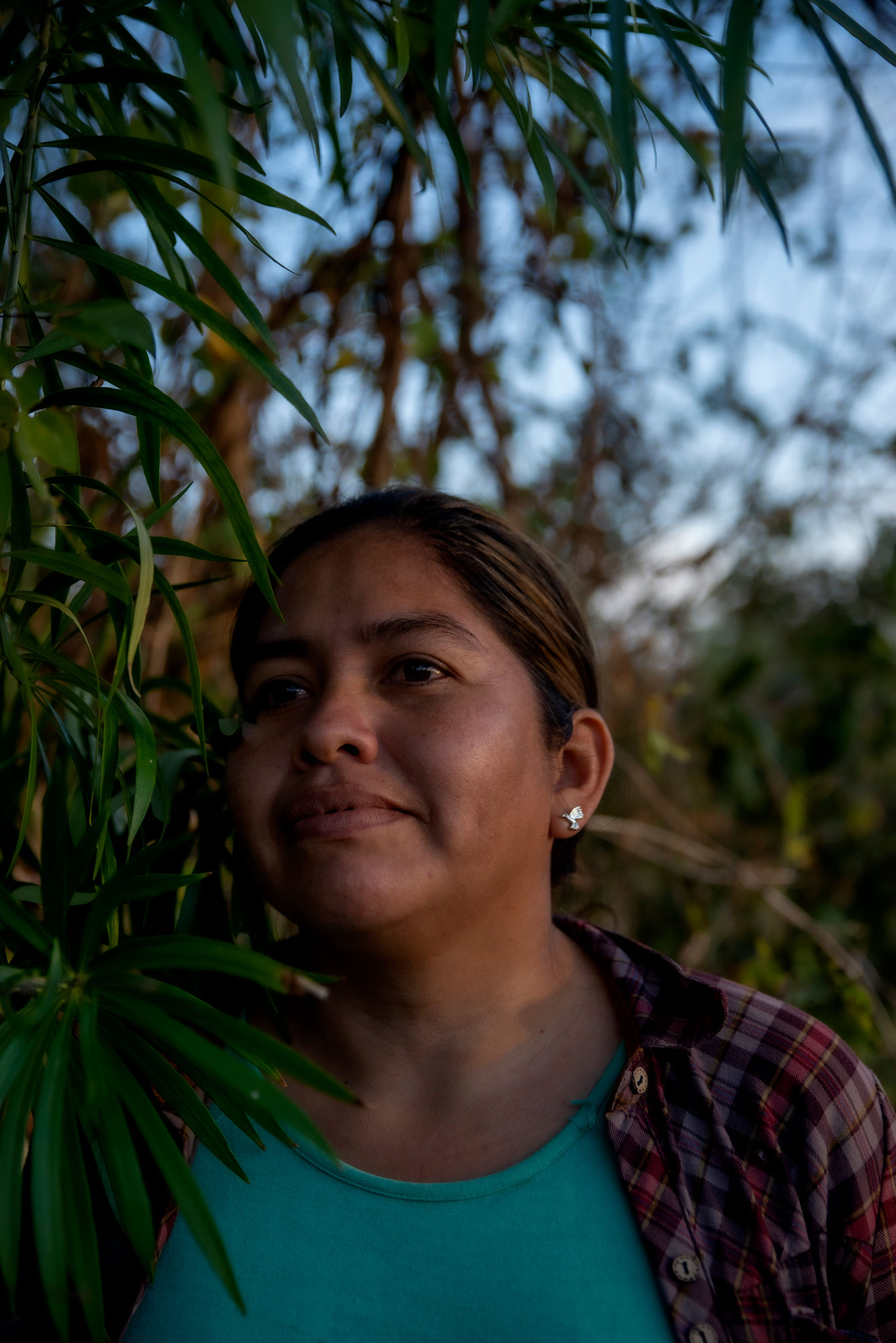 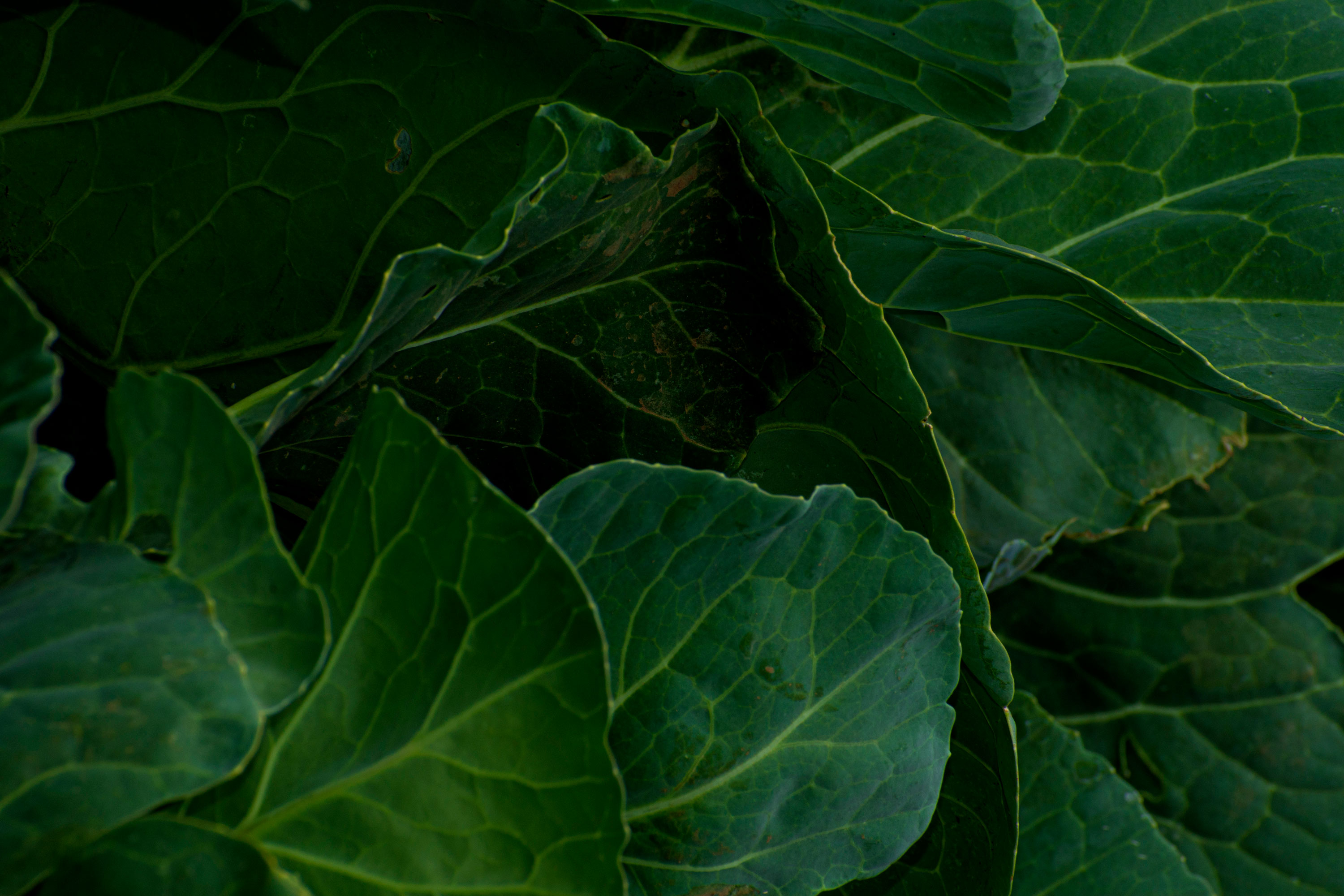 (4) Radish is harvested in communal gardens. Droughts have become more common in the region and are a serious threat to food security.   (5) The Mburuvicha (captain) of the Yaguacua community, Mari Isabel Cordova.   (6) Chard produced for self-consumption, Timboy Tiguasu.

The construction of family orchards started in 2019 and, little by little, has allowed these communities to harvest more—and more diverse—produce: lettuce, onions, cabbage, radish, and beetroot now complement the corn, peanuts and beans that are the staples of the local diet. “It has been quite a critical year. Thank God we already had the family orchard, that is where we have gotten all of our vegetables from. We no longer needed to go to the market in order to buy them, we had our own,” said Rosabel. The orchards have spared community members their trips to the market and the expenses those trips entailed.

The Guaraní People have a significant presence in present-day Bolivia, Brazil, Paraguay and Argentina. Their total population is estimated at 250,000 people. 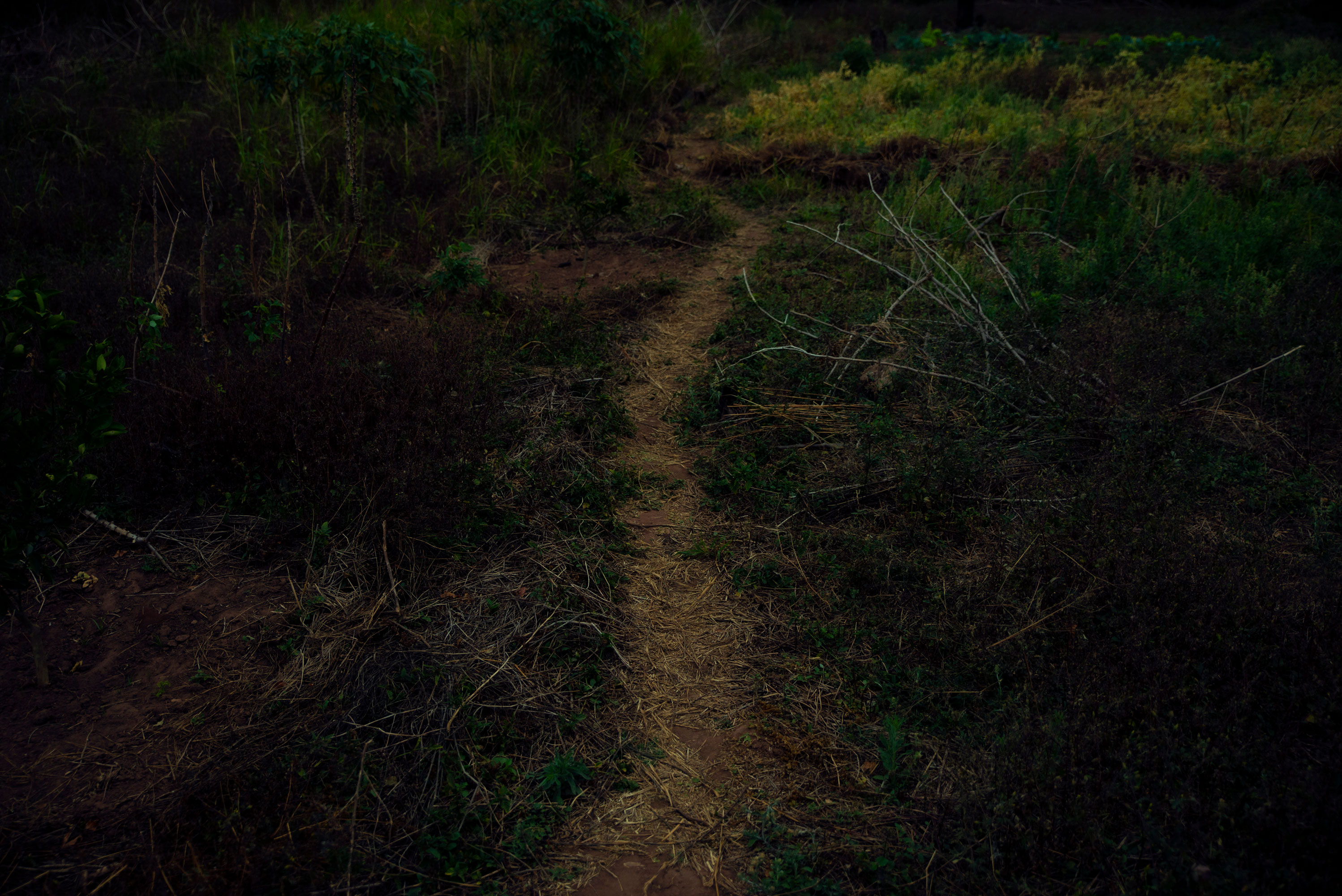 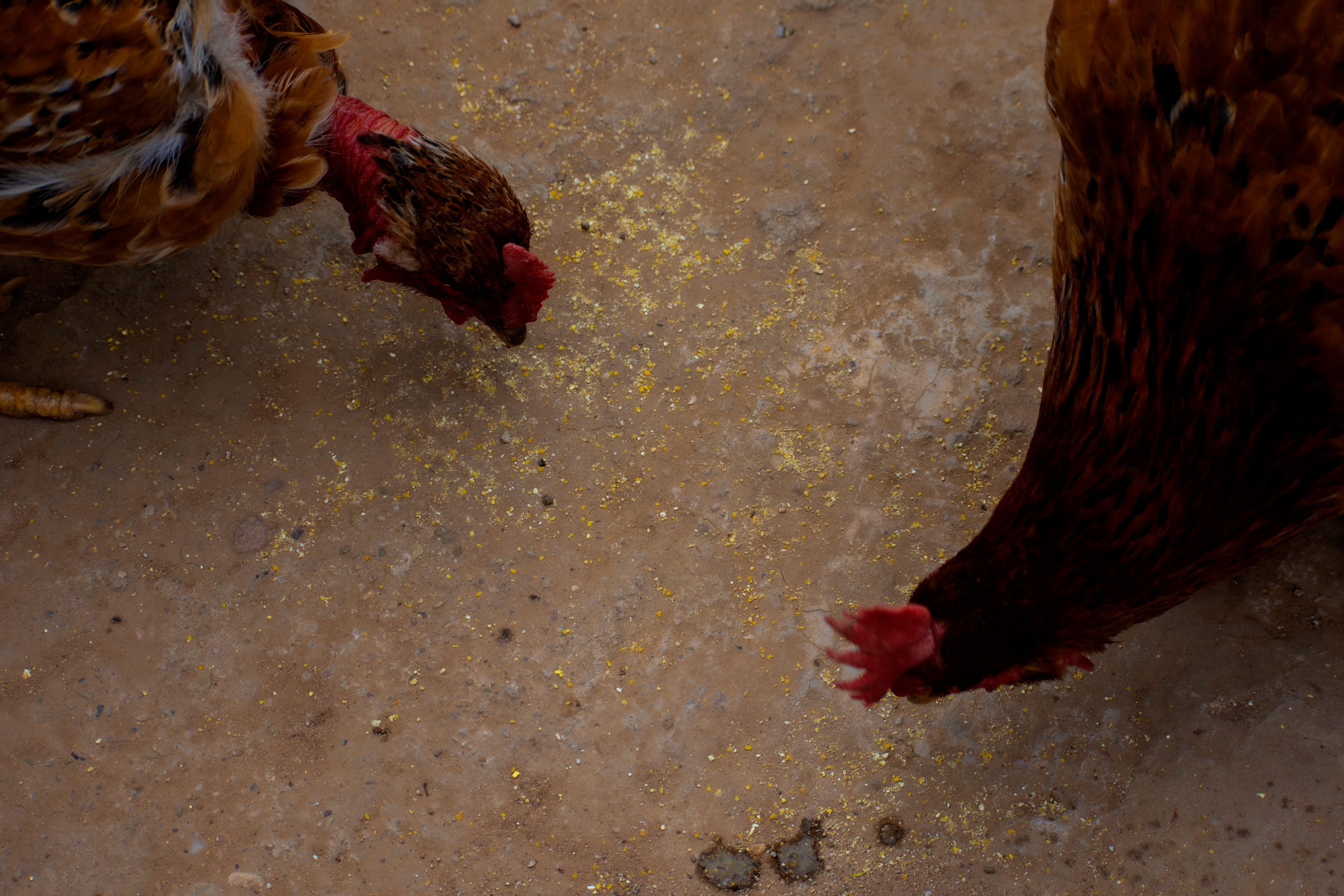 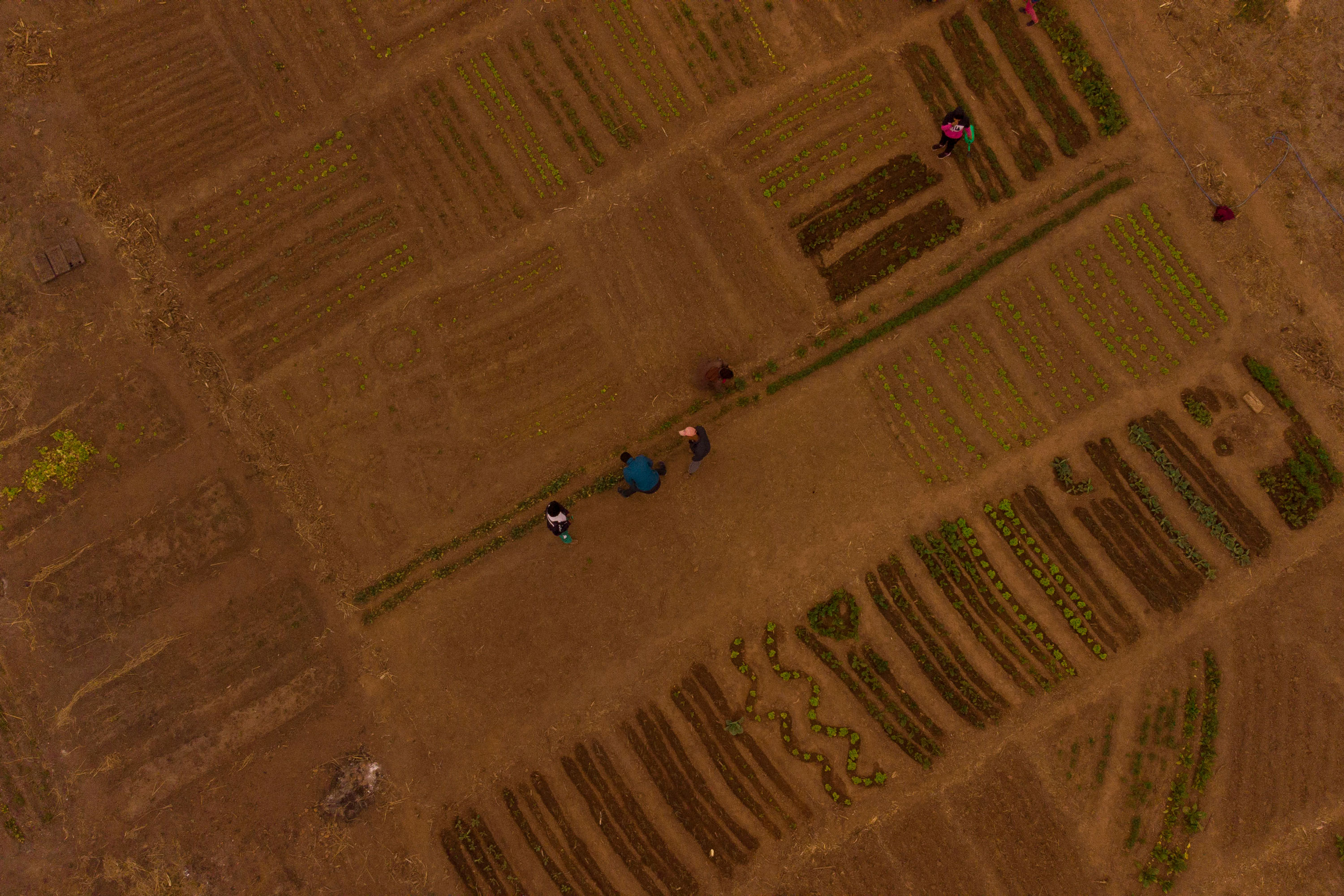 The project, in addition to the construction of the orchards, includes technical support to help the community face pressing issues like drought, one of Edil and Rosabel's main concerns. In Timboy Tiguasu, all 21 families share a single community well. Apart from that, there are no sources of water to sustain crops and rainfall in the Chaco is scarce. Technical assistance has focused on developing practices like drip and sprinkler irrigation using materials already present in the community.

With most of the family orchards now complete, the project leaders have turned their attention to construction of communal farm plots, scheduled for completion in November 2021. Still pending are several workshops and delivery of water containers to open up one more front in the fight against drought. 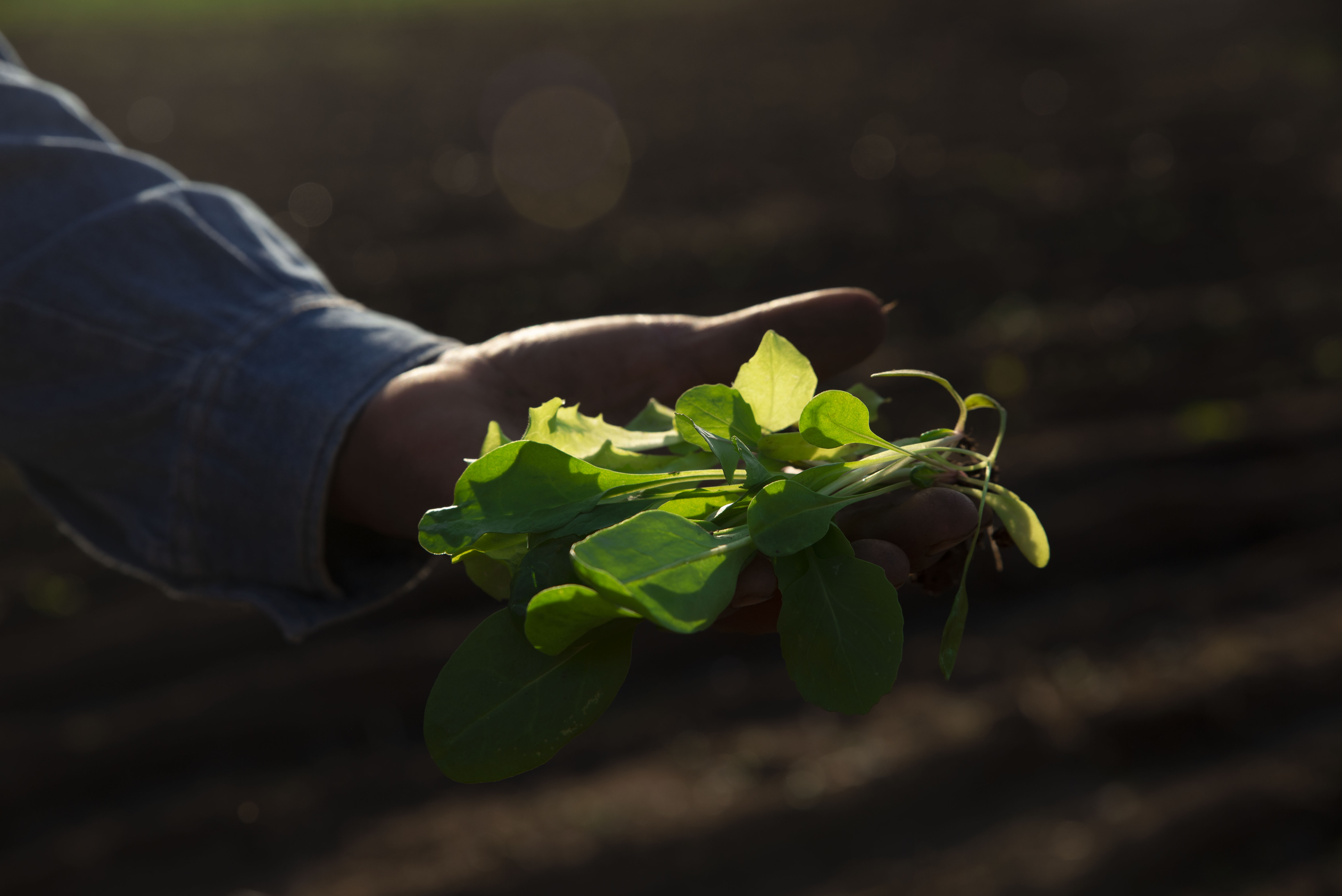 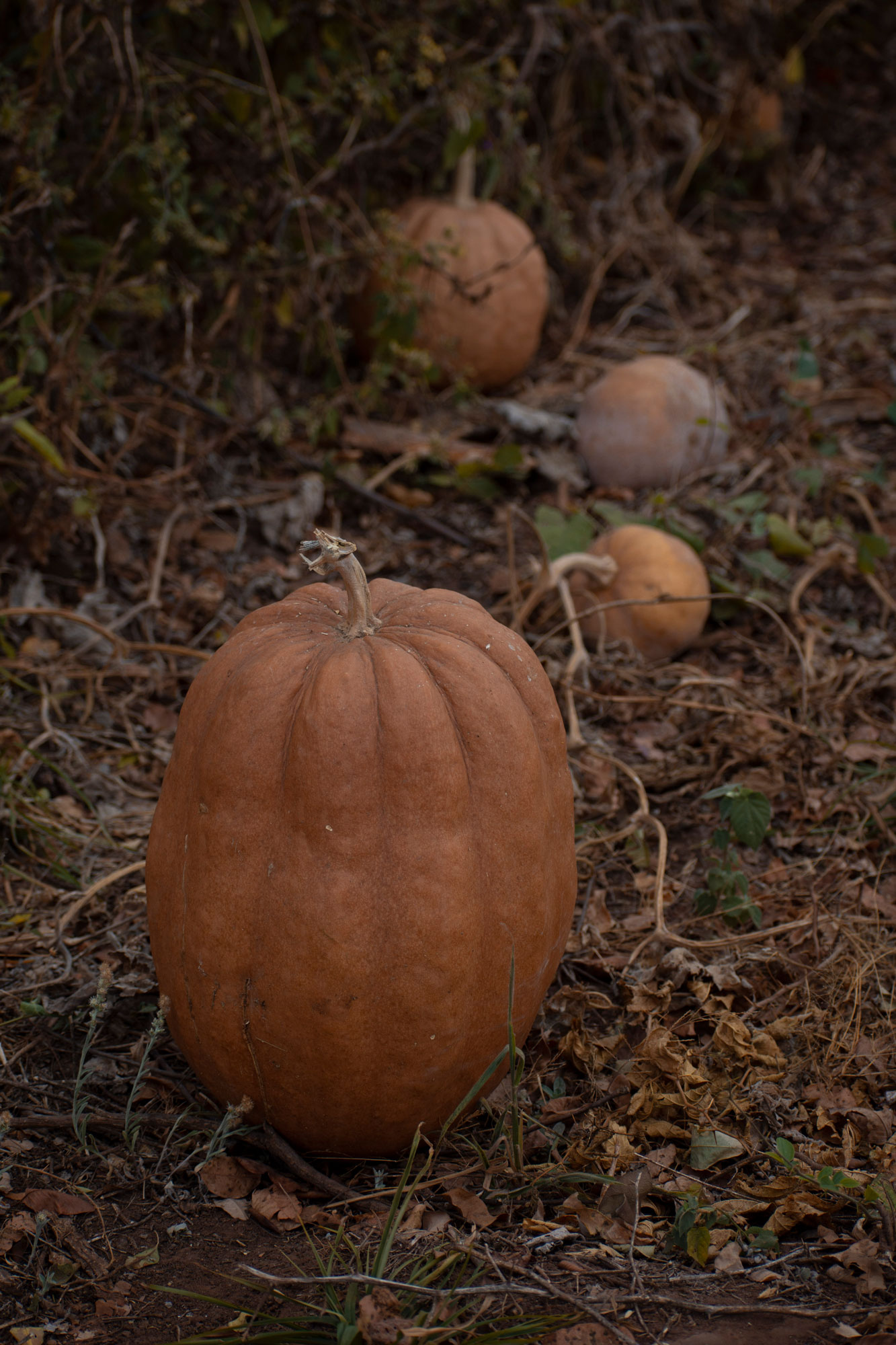 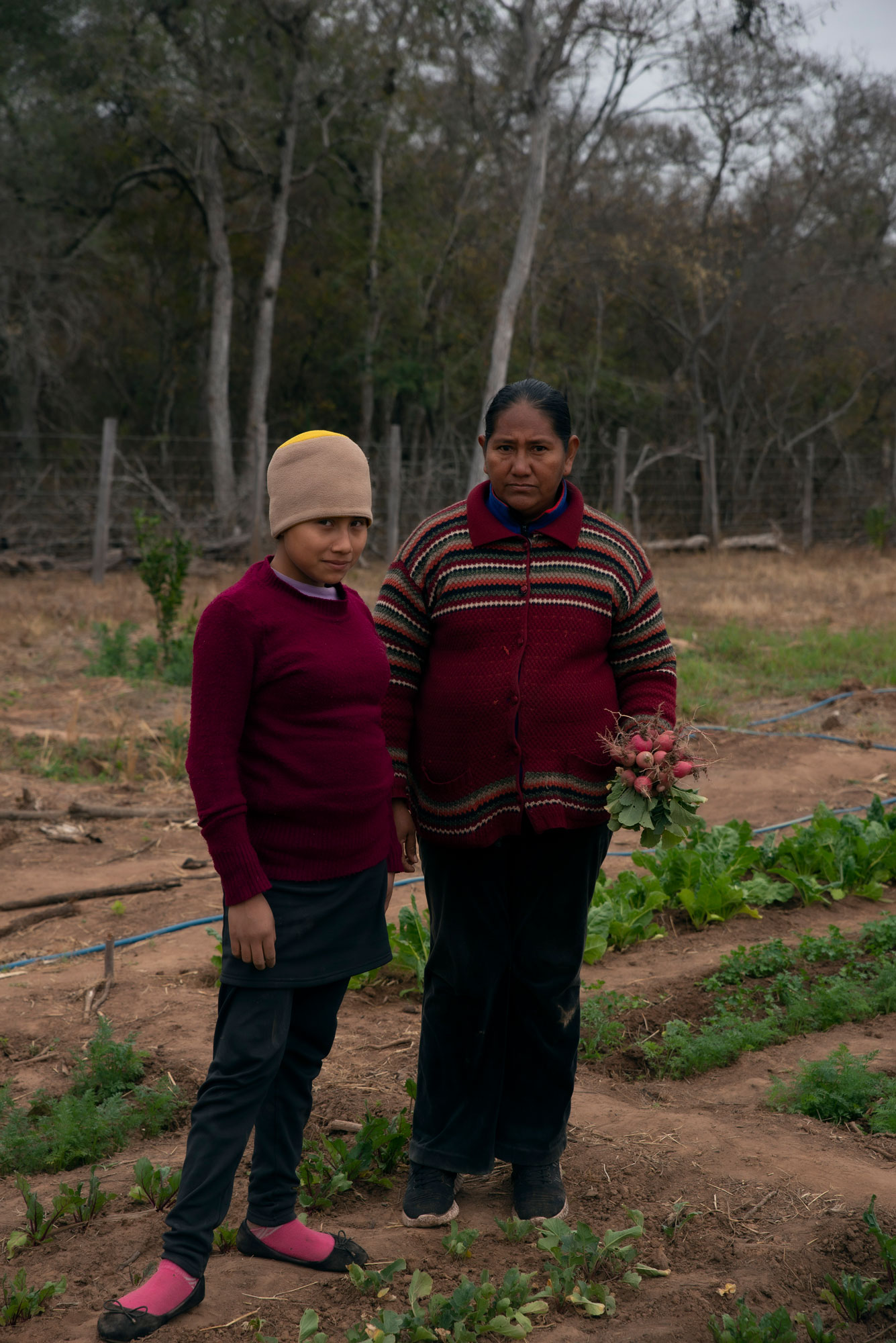 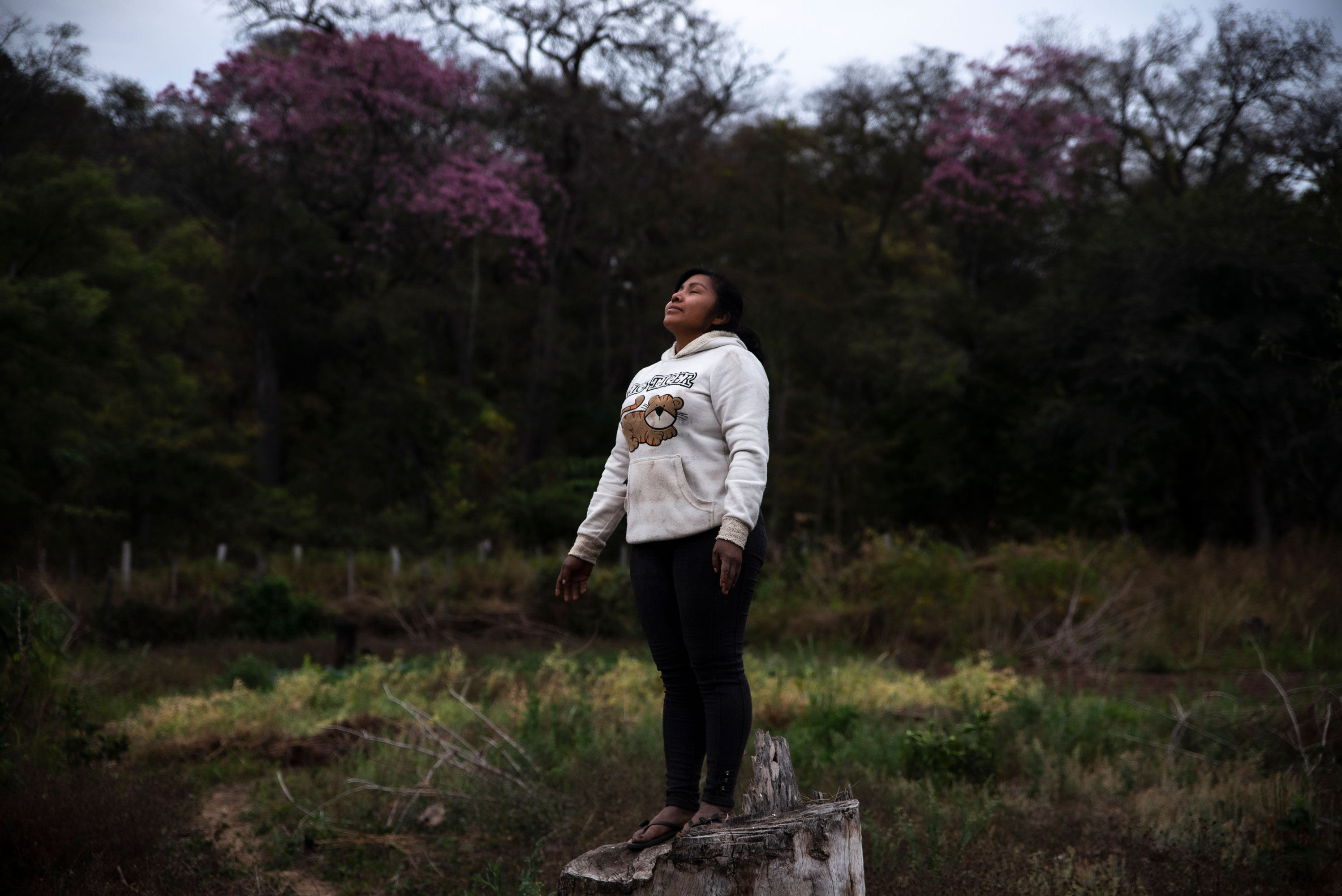 For Edil and Rosabel the communal orchards have created opportunities for young people to get more involved: “It is good, when elders are no longer around they will be able to continue working. They will have the knowledge.”

The diet and economy of this community have improved thanks to the project, Edil and Rosabel say. For them, one of the most important teachings has been how to cultivate the land without harming it. “We take care of the land because it gives us life, we live thanks to it. It is only fair to take care of it in return.”

“It has been quite a critical year. Thank God we already had the family orchard, that is where we have gotten all of our vegetables from. We no longer needed to go to the market in order to buy them, we had our own.” 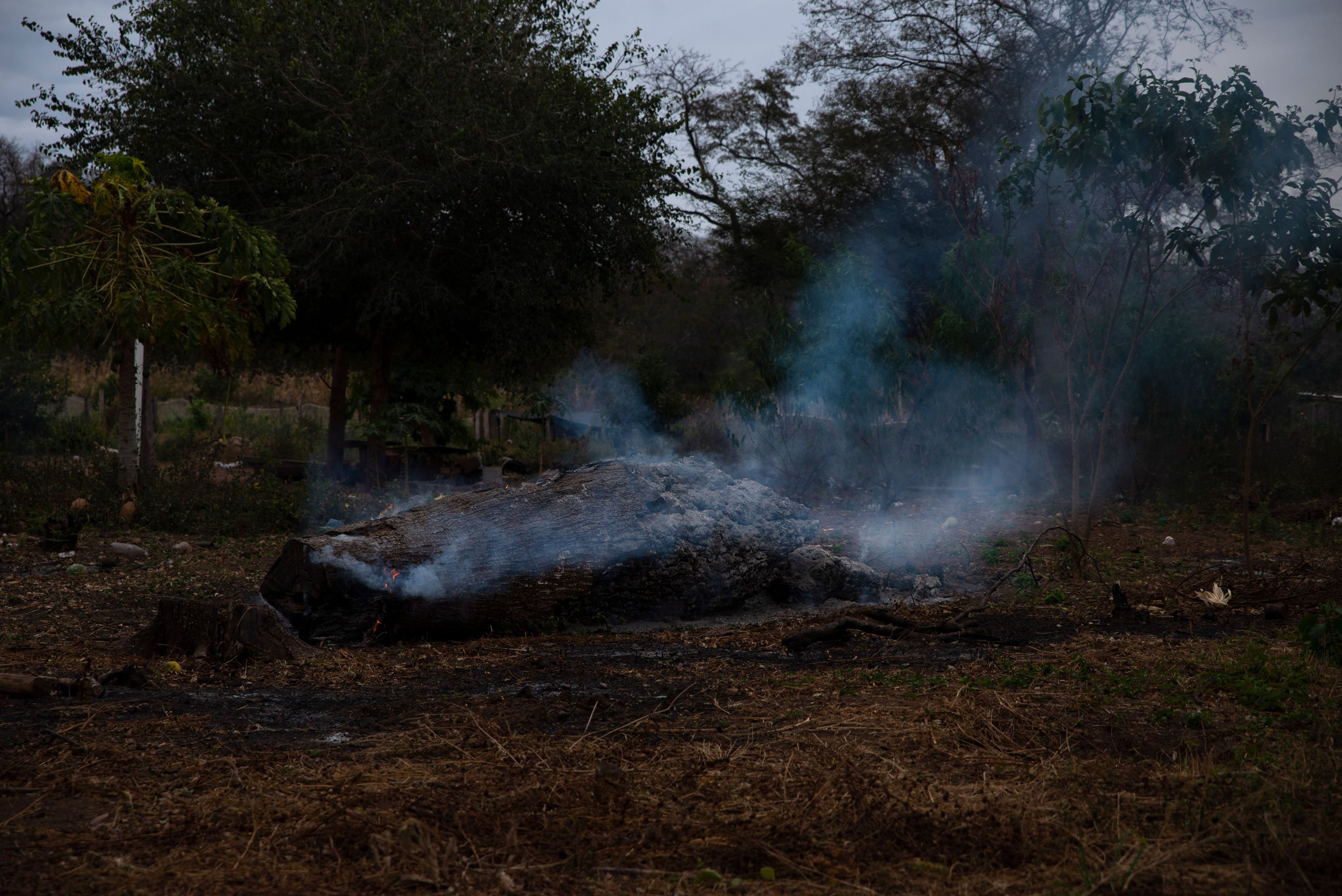 (14) Deforestation is a main cause of climate change, its effects produce severe droughts throughout Guaraní territory.