Construction of a 10,000 m2 fence and rehabilitation of the communal nursery with the aim of producing diverse crops for human and animal consumption, such as leucaena, moringa, kumanda yvyra'i, cassava, sweet potato, corn and various citrus fruits. A portion of the production will be transported to family plots within the communities. The rest will remain on site as a seedbed for the future.

These Qom communities are located in the district of Villa del Rosario, 82 km from the departmental capital of San Pedro. The population is concentrated on the banks of the Paraguay River, the main tributary of the Paraná River and one of the most important in the Plata basin. It is known for its crystal clear waters and the fertile lands that it irrigates. 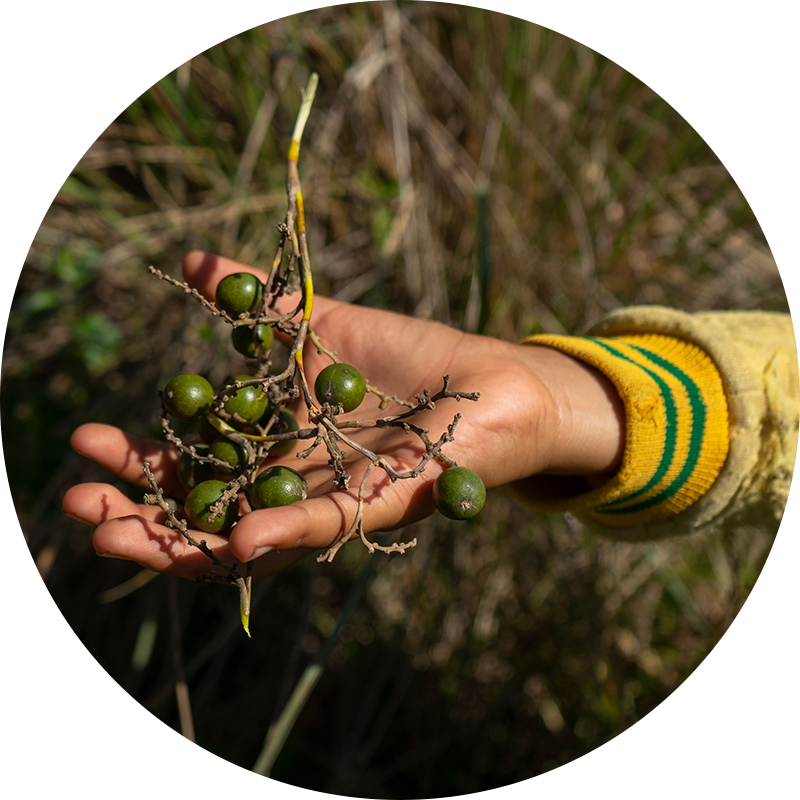 On the left bank of the Paraguay river, in the Department of San Pedro, there is a small community known as Urukuy Villa del Rosario, where some 55 families are still struggling to adapt to the changes imposed by recent history.

The villagers in Urukuy Villa del Rosario belong to the Qom Indigenous People, victims of the forced displacements of the 19th and 20th centuries, a period defined by nascent South American nation-states defining and building themselves as polities that left little, if any, space for the peoples who first resided within their newly invented borders. 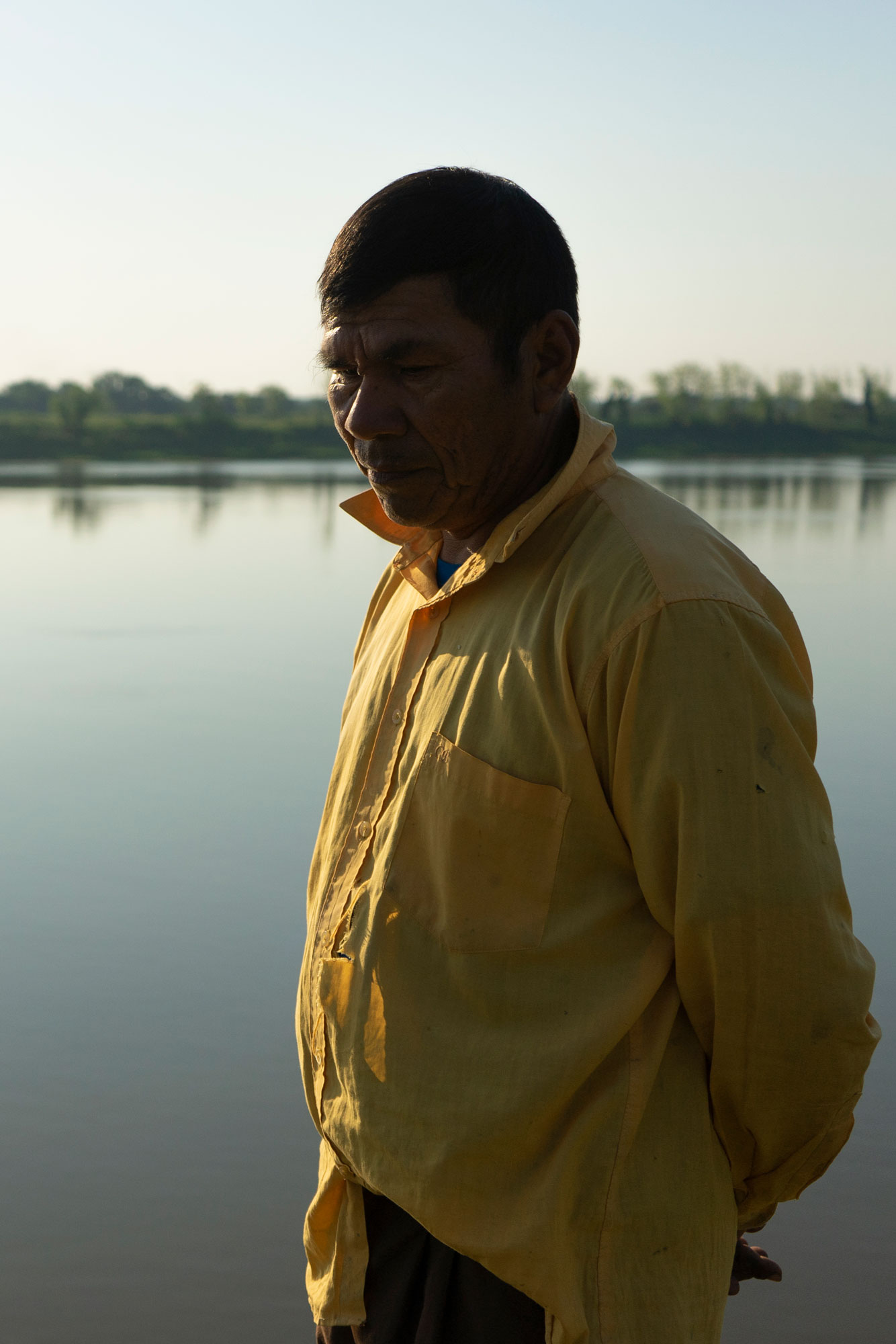 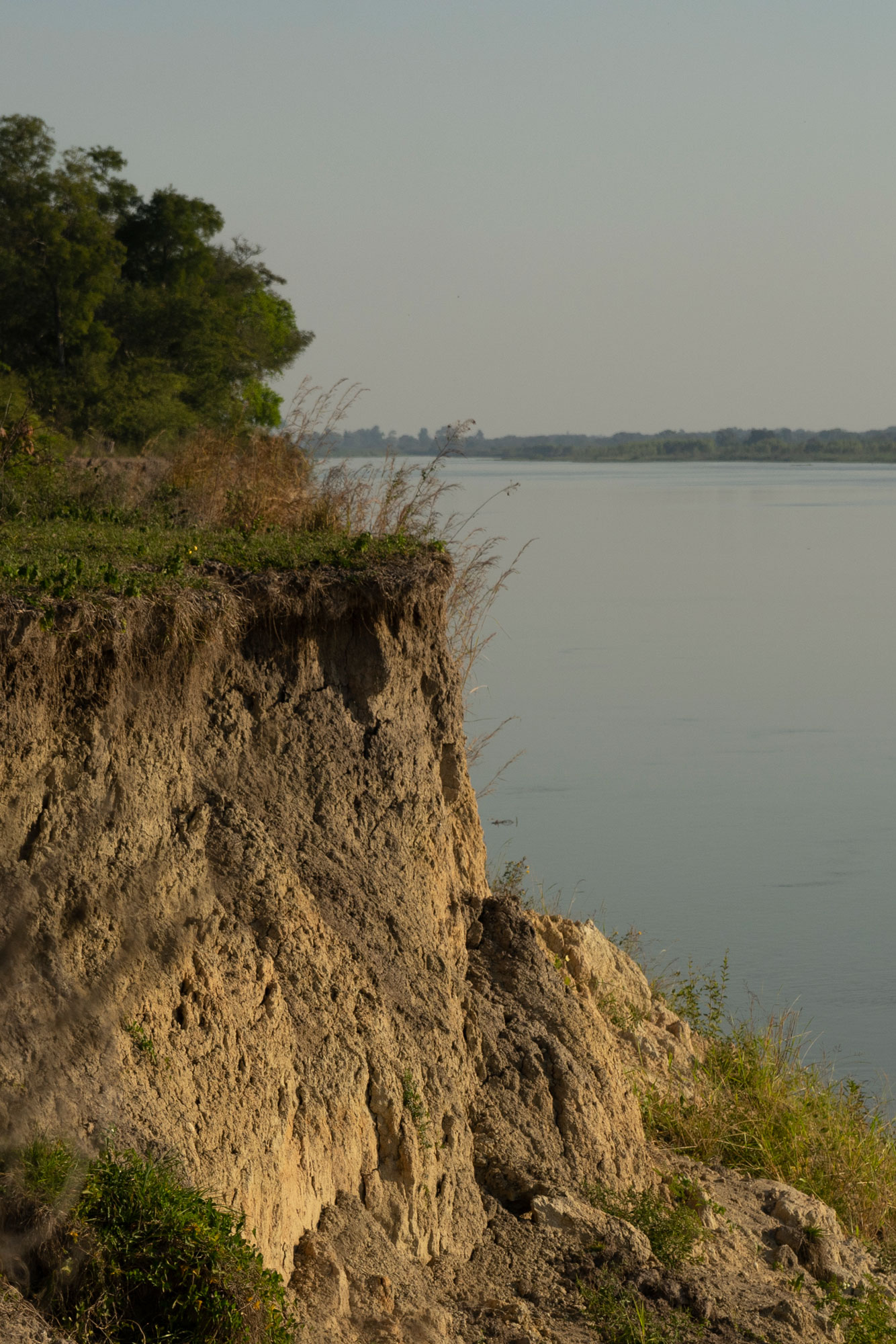 In pre-Hispanic times and during the Spanish colony, the Qom ancestors roamed the region of El Gran Chaco, which today is divided between Paraguay, Argentina, Brasil, and Bolivia, where they led a nomadic and semi-nomadic lifestyle as hunters and gatherers. They were accustomed to spanning long distances hunting for game throughout the year and to fishing several varieties of fish in the streams and rivers of the territory, collecting fruit and honey when the season was right.

As borders were drawn through their territory without their consent, these hunter-gatherer communities lost their freedom to roam their own lands. Reduction of indigenous territory and displacement: these are the underbellies of the heroic official histories of modern South American states.

In the 20th century, cattle farmers built exploitative economic systems that practically forced most local indigenous peoples into a life of labor in the fields. The Qom People were expelled completely, barred by police and the new settlers from entering their ancestral territory.

“We do not want to lose our identity, which is our language.” 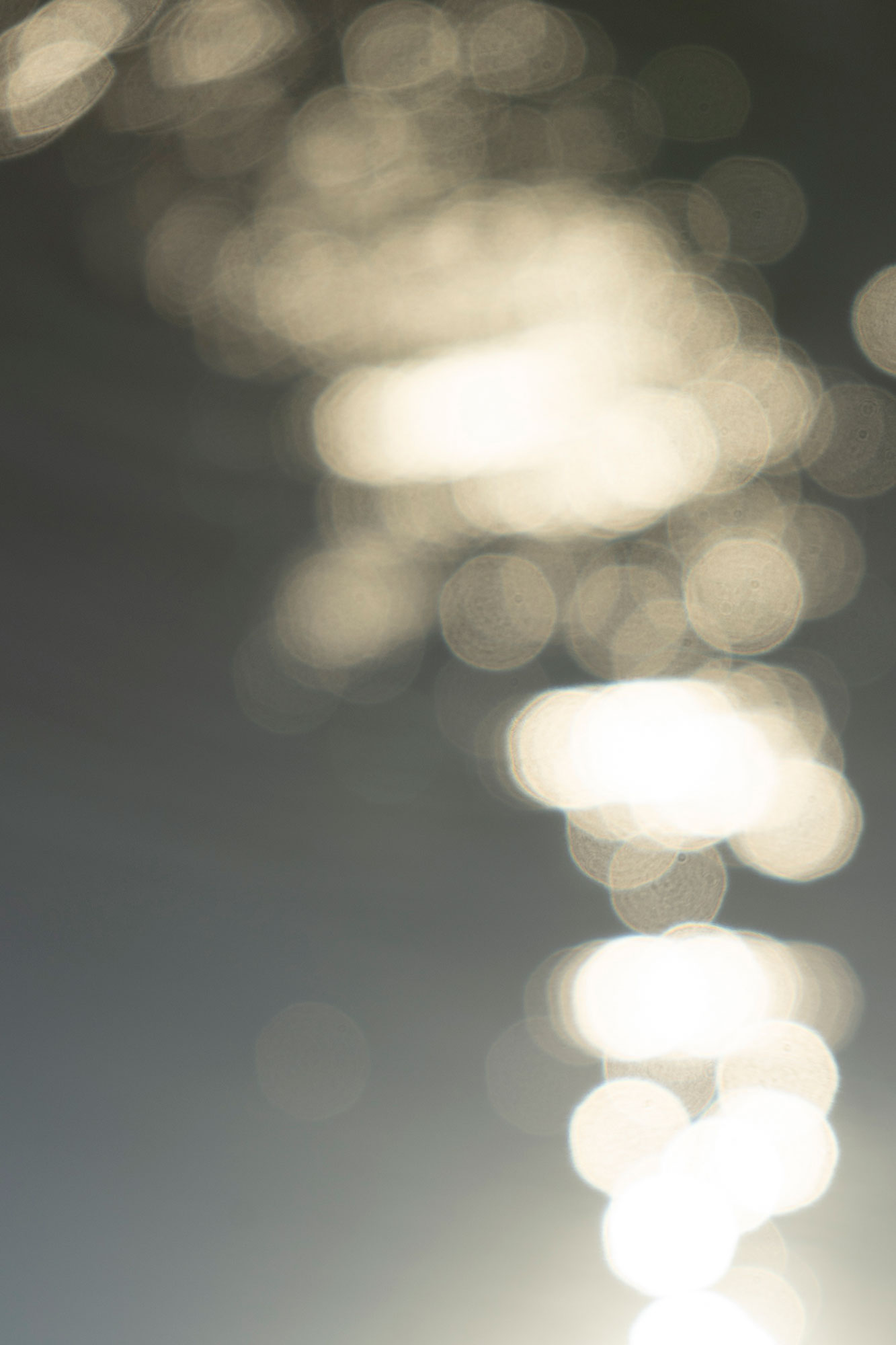 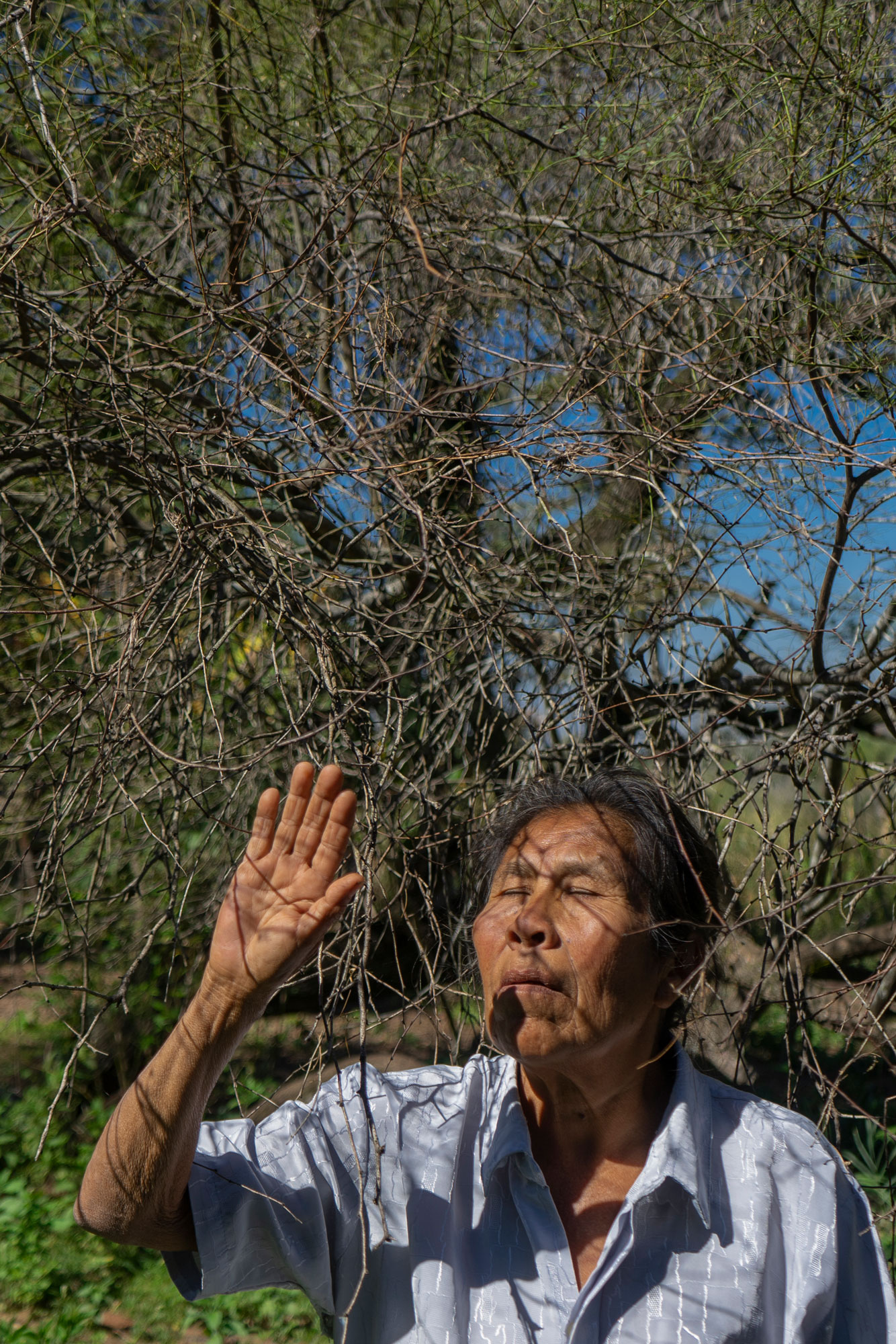 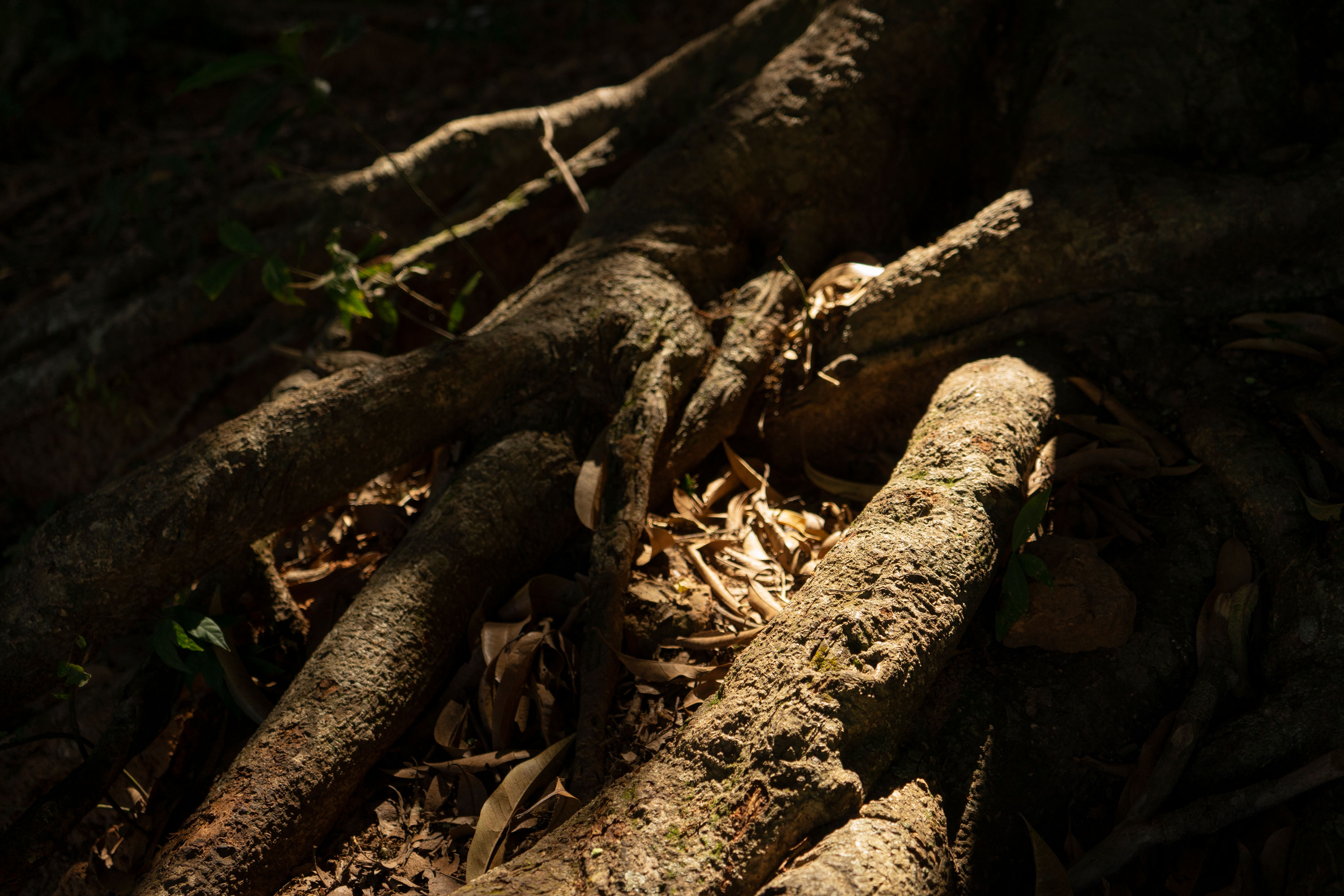 (2 a-b) Francisca Marengo rests under a carob tree that was planted by her mother.    (3) Roots.

“Today, everything is privatized and there are too many prohibitions,” laments Pedro Marengo Caballeros, who has served for 22 years as leader and chief of the community in Villa del Rosario, populated by the descendants of those who found refuge on the eastern banks of the Paraguay River, which separates the Chaco from the country’s verdant east. (The community’s full name‚— Qom Bagia Loge Lacheg—means those who live by the river). The lifestyle practiced by the community’s ancestors not so long ago is, today, impracticable.

In 1994, the Paraguayan government finally recognized a patch of 154 hectares as Qom land, expanded thanks to community activism to 2,777 hectares two years later. “And they are lucky: there are communities that continue to be expelled to this day because they do not have the proper papers,” says Augusto Fogel, director of the Agrarian Technology and Communitarian Organization Service (SATOC), a Paraguayan NGO that has worked with Indigenous Communities since 1990.

Today, the Qom from Villa Rosario live principally in two different villages within the territory that officially belongs to them: Palma, with 37 families, and Boquerón, with another 26 families. Their main language is Qom L'aqtaqa, but they also speak Guaraní and Spanish as a third language.

The Qom People are the last speakers of Qom L’aqtaqa, a language belonging to the Guaicurú linguistic family. They were once one of the largest groups in the Chaco region of present-day Paraguay. 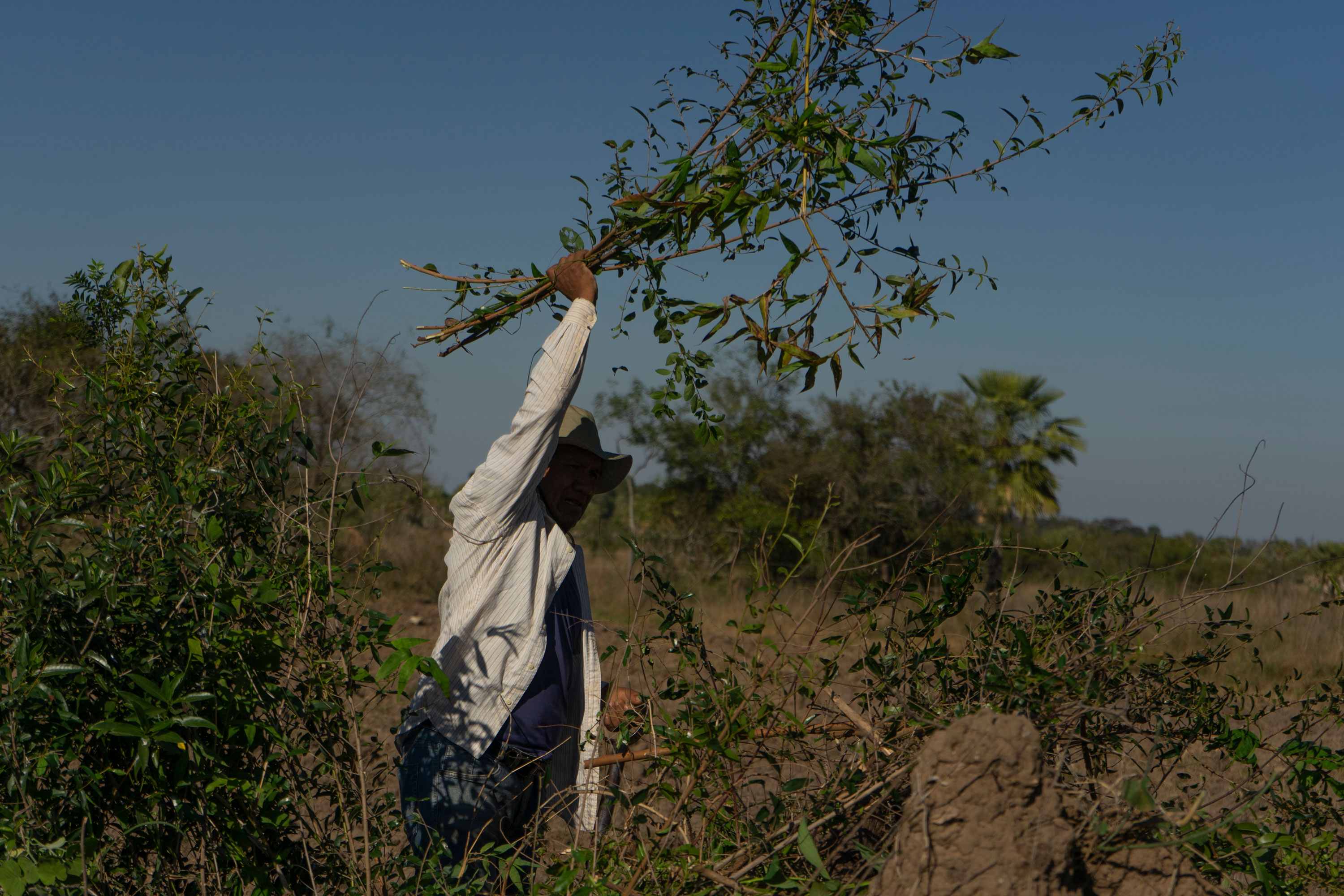 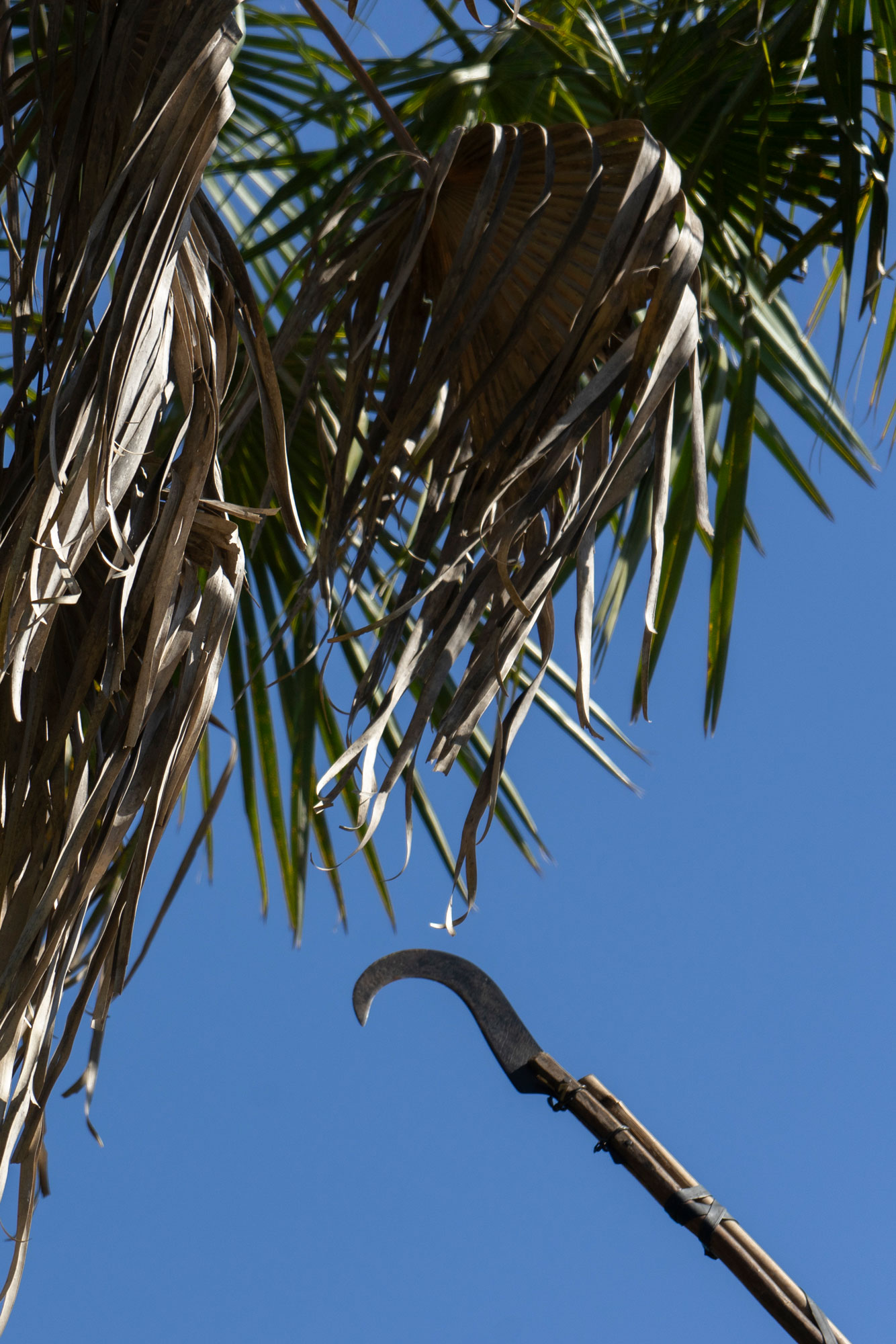 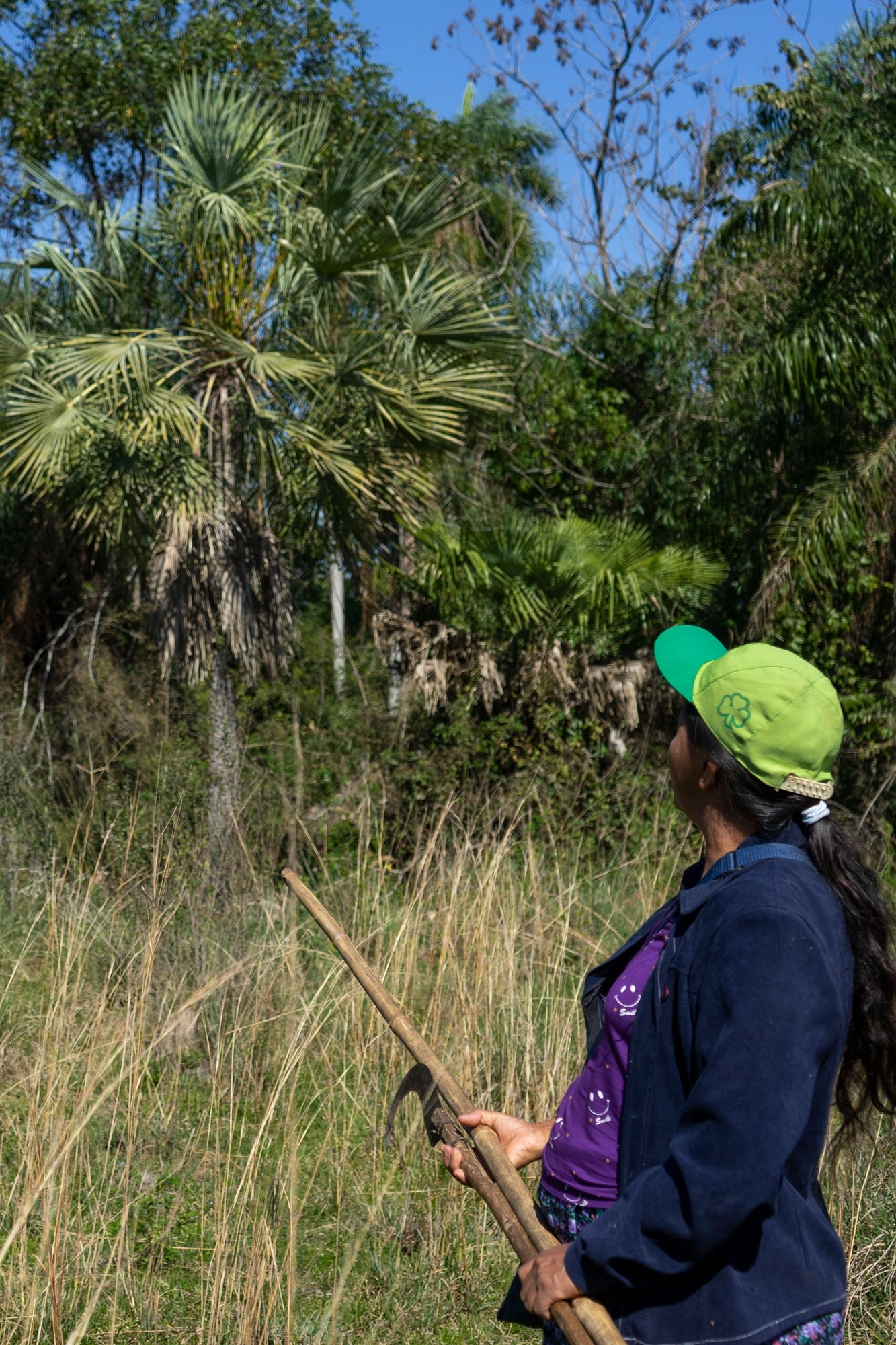 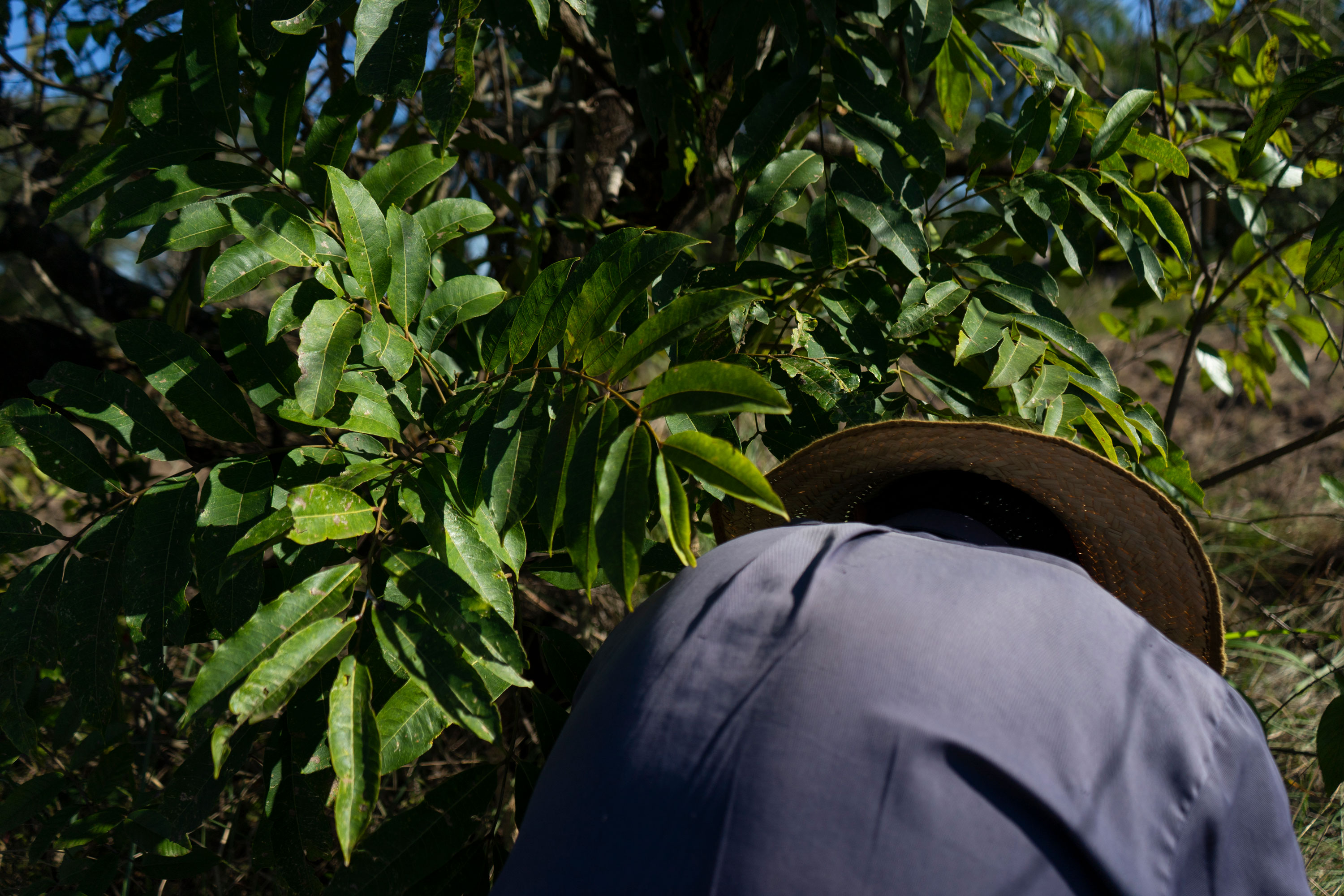 (4) In 1994, the government of Paraguay recognized 154 hectares as Urukuy territory. 2,777 hectares in total were recognized in 1996.(5 a-b) The artisan Rosalía Caballero. Tools have adapted to the 20 meter height of the palm tree. They are used to separate the leaves and preserve the tree.(6) Before massive privatizations of land and the destruction of the surrounding environment, the communities sustained themselves by fishing, hunting and gathering.

Of the many painful wounds from their violent past, few are more persistent than food security. Not only were the Qom displaced from their territory, they were forced to adapt to an entirely foreign lifestyle. Traditional hunter-gatherers, the Qom have never fully adjusted to a sedentary way of life.

Working with SATOC, the International Indigenous Women’s Forum (FIMI), and the financial support of the International Fund for Agricultural Development (IFAD), through its Indigenous Peoples Assistance Facility (IPAF) fund, the community launched an initiative to combat this fundamental problem through the construction of a community nursery, implemented along with workshops on agriculture and nutrition.

The project began the harvest of crops such as cassava, sweet potato, and corn, as well as several vegetables. Workshops on irrigation techniques that allow the community to better cope with the periods of drought have also been given. For the time being, the focus is on improving the food security of the community, but the continuation of the project is planned in order to encourage the commercialization of products such as honey and mate. 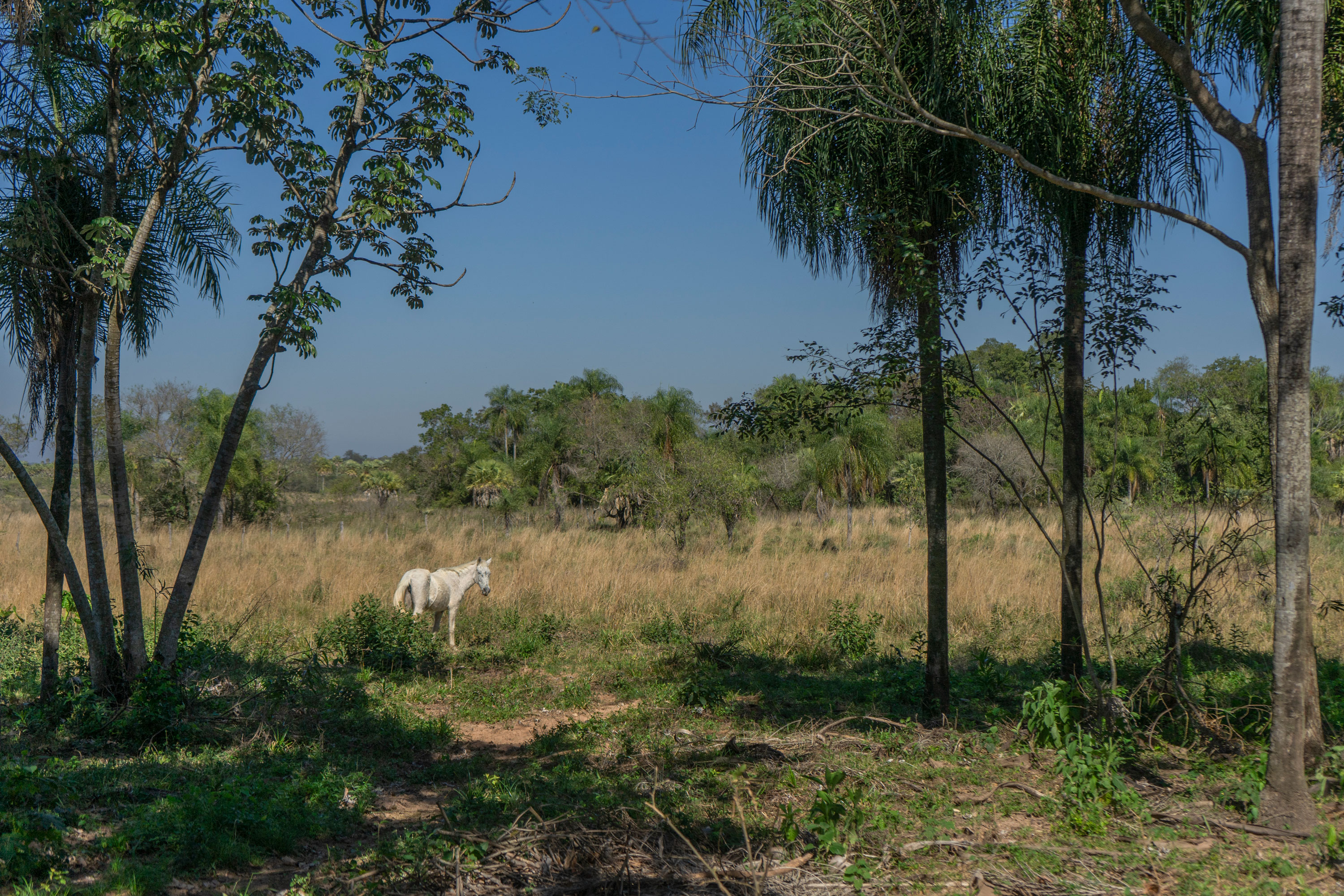 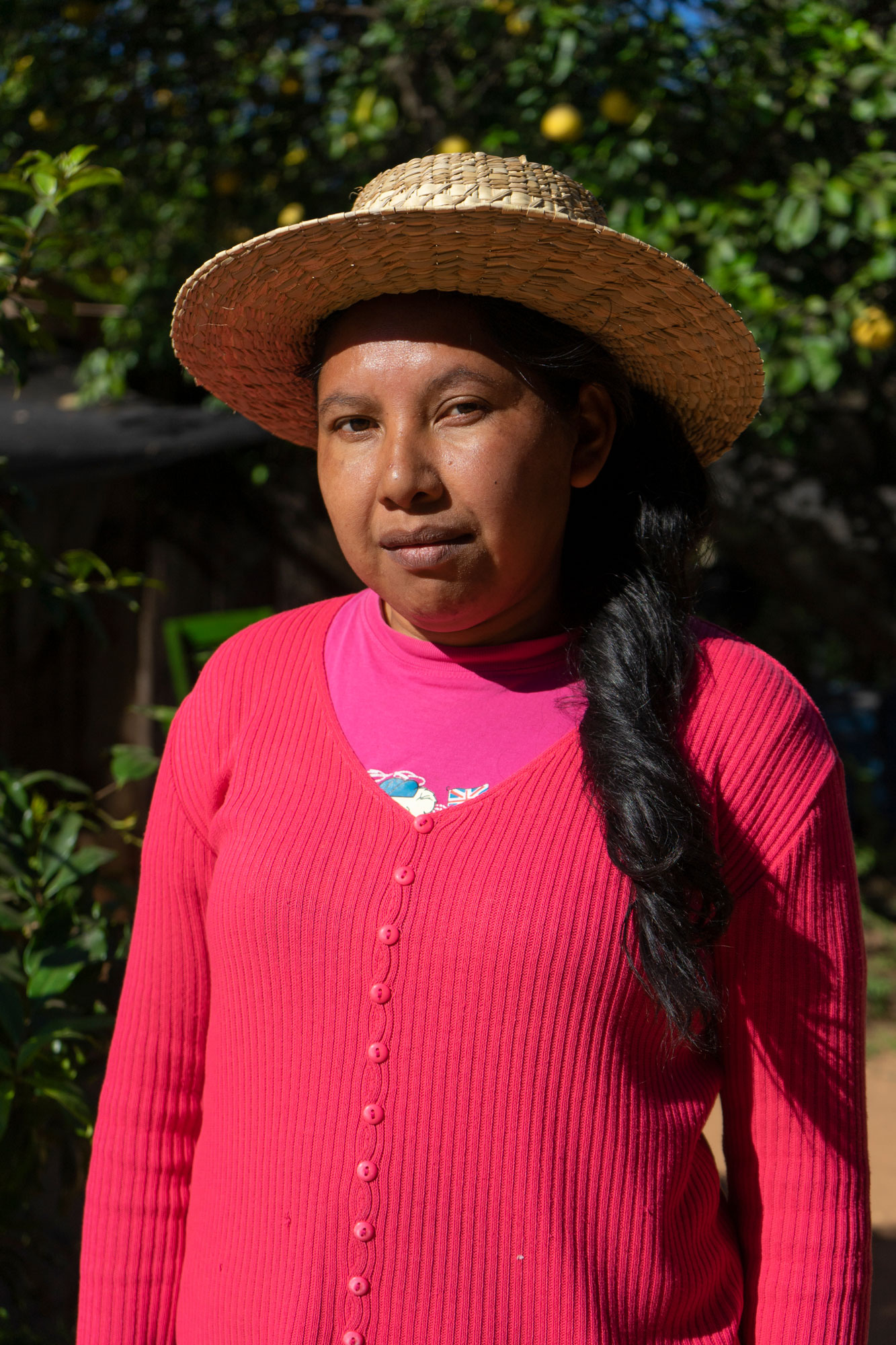 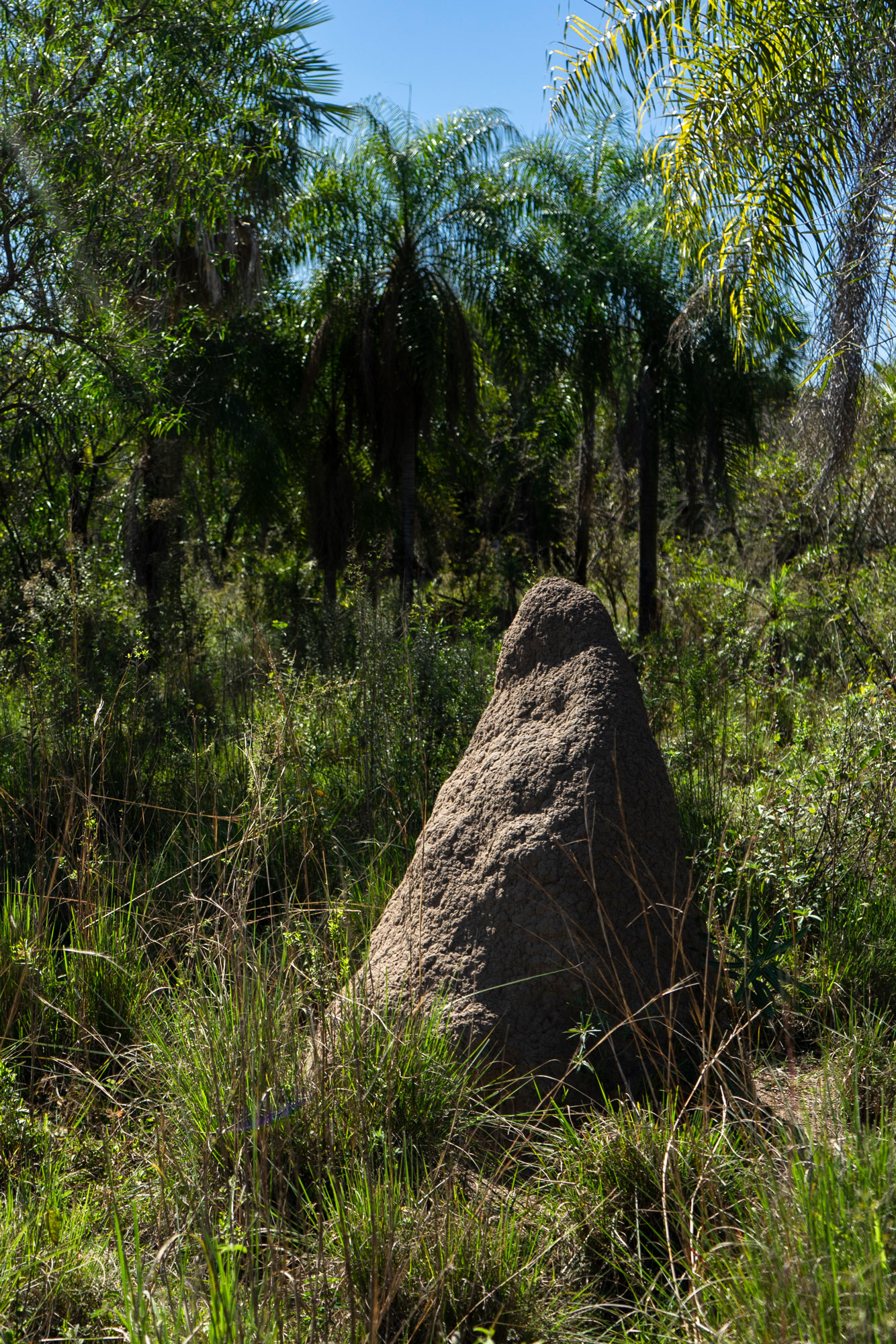 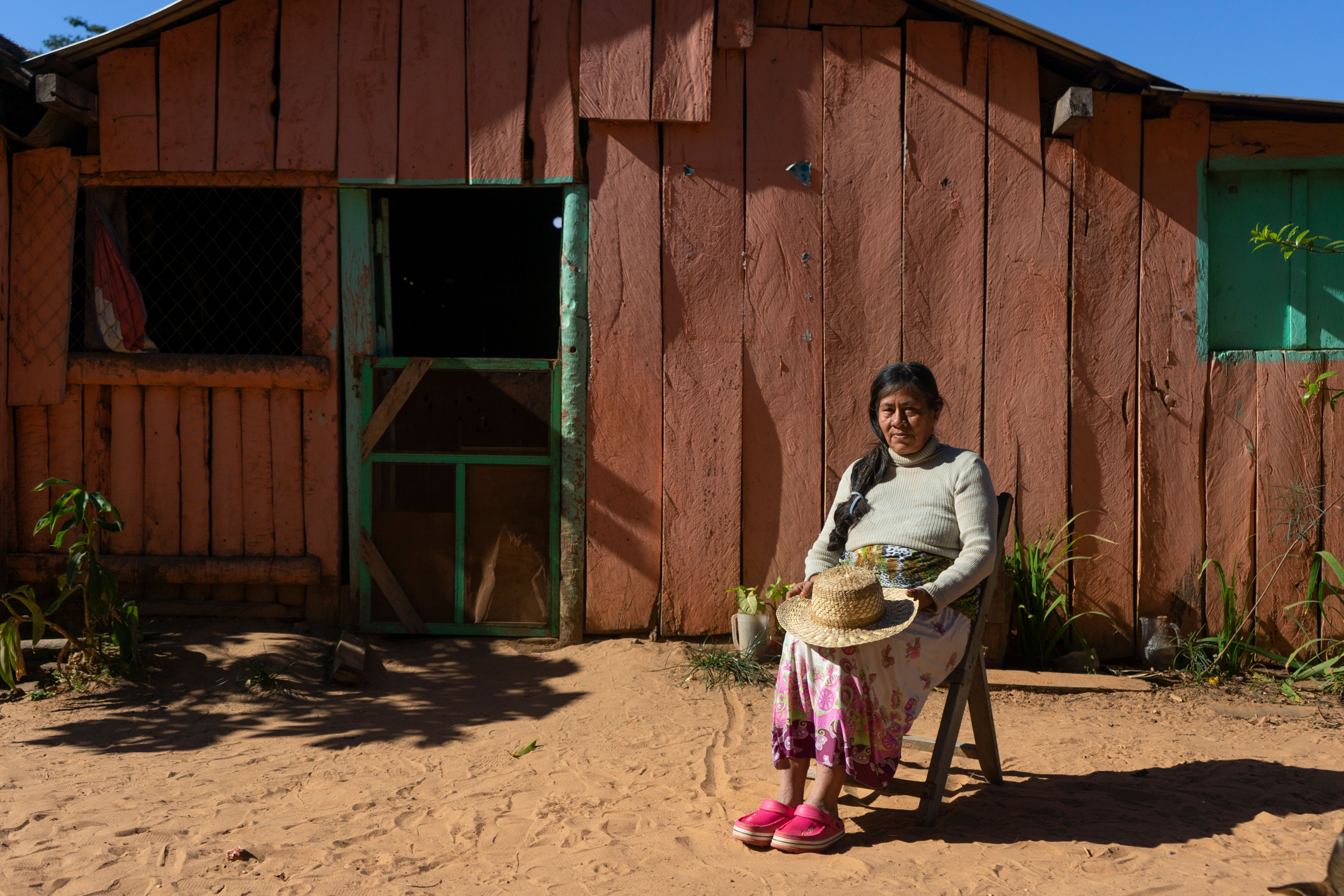 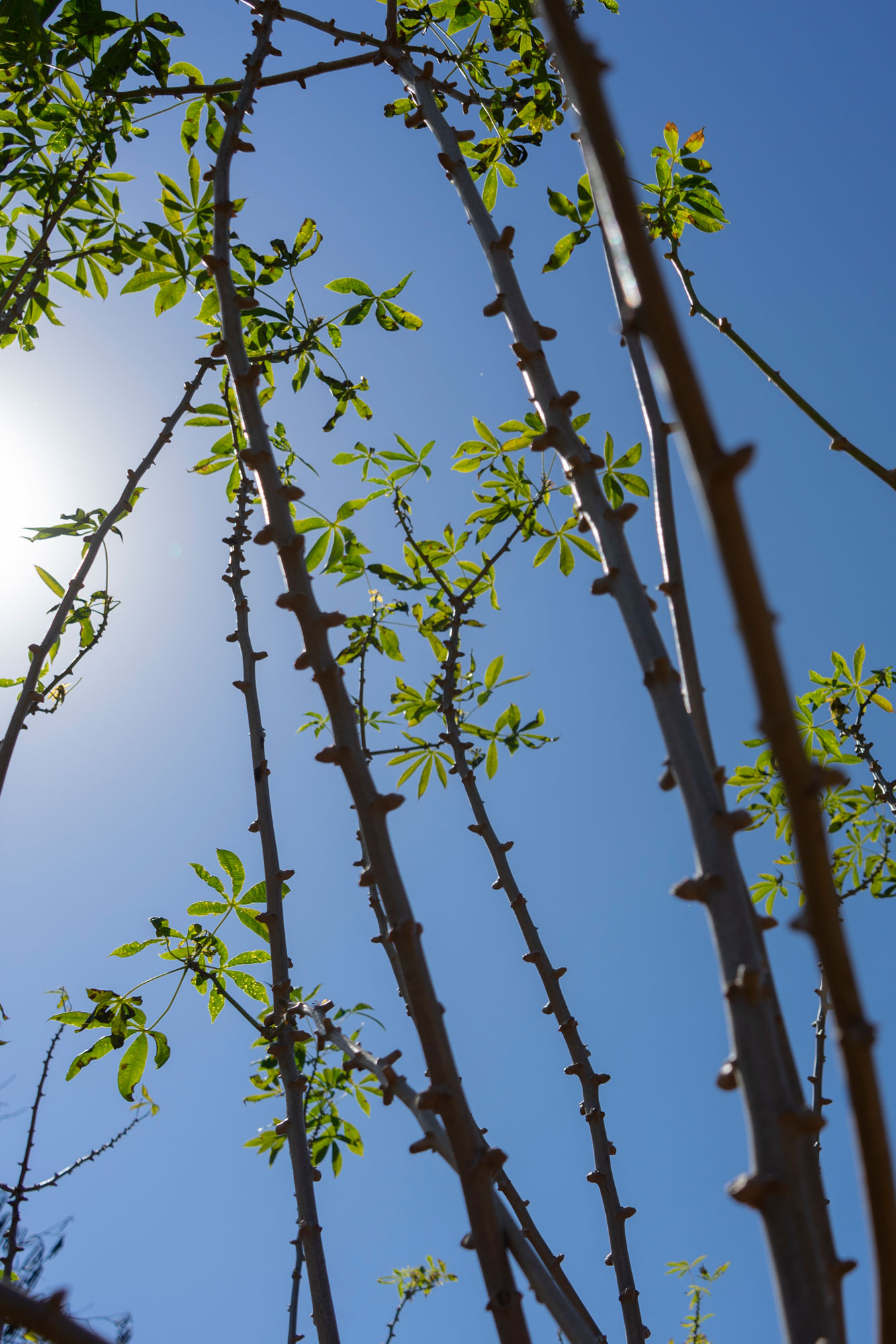 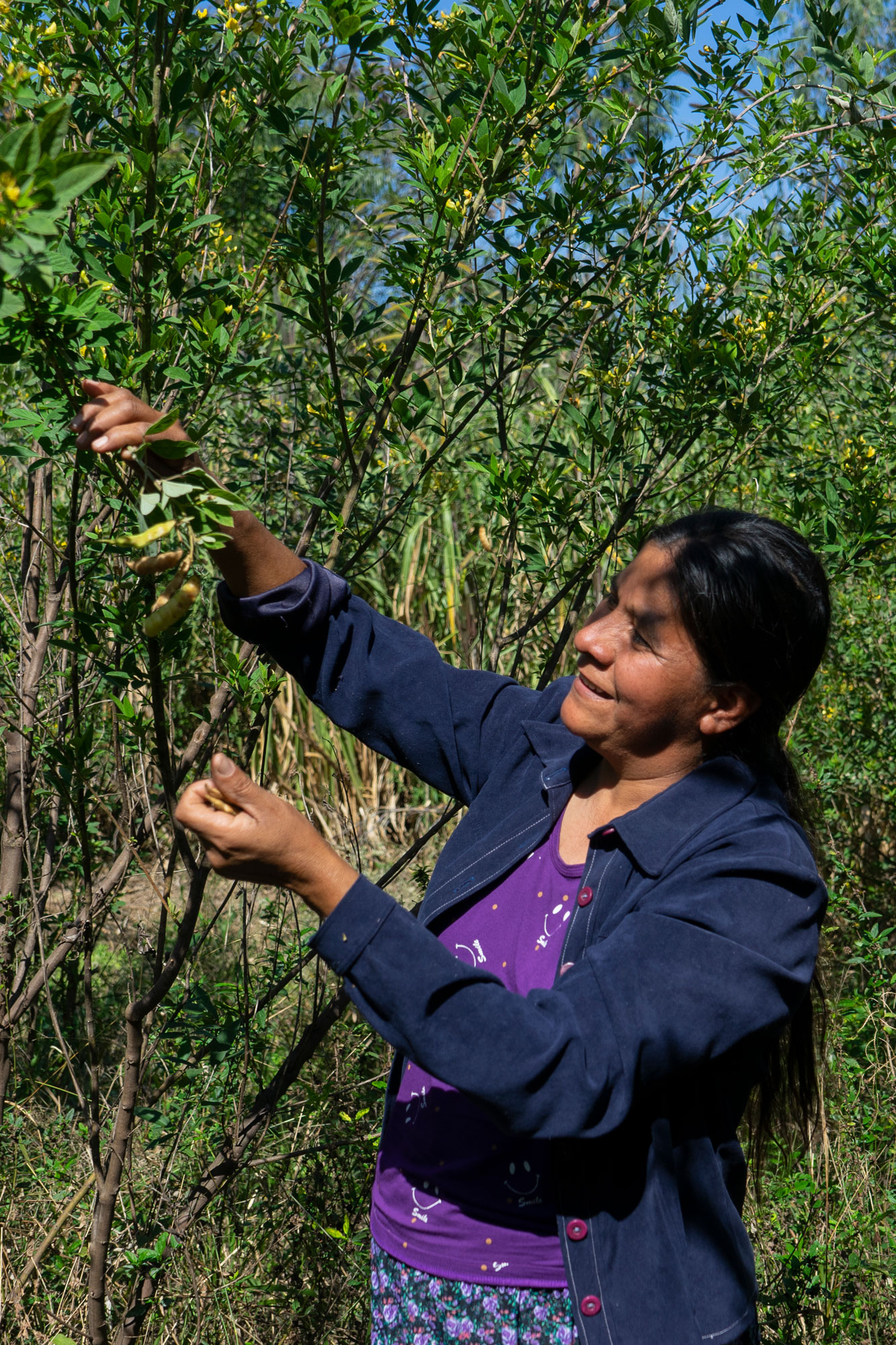 (7) Farm animals such as cows, chickens, sheep and pigs are raised for self-consumption. Horses help gather the cattle at the day’s end.   (8) The artisan Zulema Caballero wears a hat made by her aunt Magdalena using two karanday leaves. Once collected, the leaves are left to dry for four days.   (9) Termite nest.   (10) Magdalena Ozuna, 56 years old. One of her main sources of income is the sale of hats made from karanday leaves.   (11 a-b) Cassava or yucca is an essential crop for the Urukuy community.

Pedro Marengo expresses his joy when he speaks about the project. As a community leader he is mainly worried about two things: the people's diet and the education of their youth. The community's plant nursery is helping with both. Maybe young people will discover that staying is also an option.

In addition, as part of the project, it is planned to work with schools to promote their culture and language, although this has not been able to be carried out as the pandemic considerably delayed the project.

“We do not want to lose our identity, which is our language,” says Marengo about Qom L’aqtaqa, which is not officially recognized by the government. Studies carried out by SATOC have demonstrated that the land is fertile. Pedro seems hopeful, “our future is in strengthening our agricultural knowledge.” 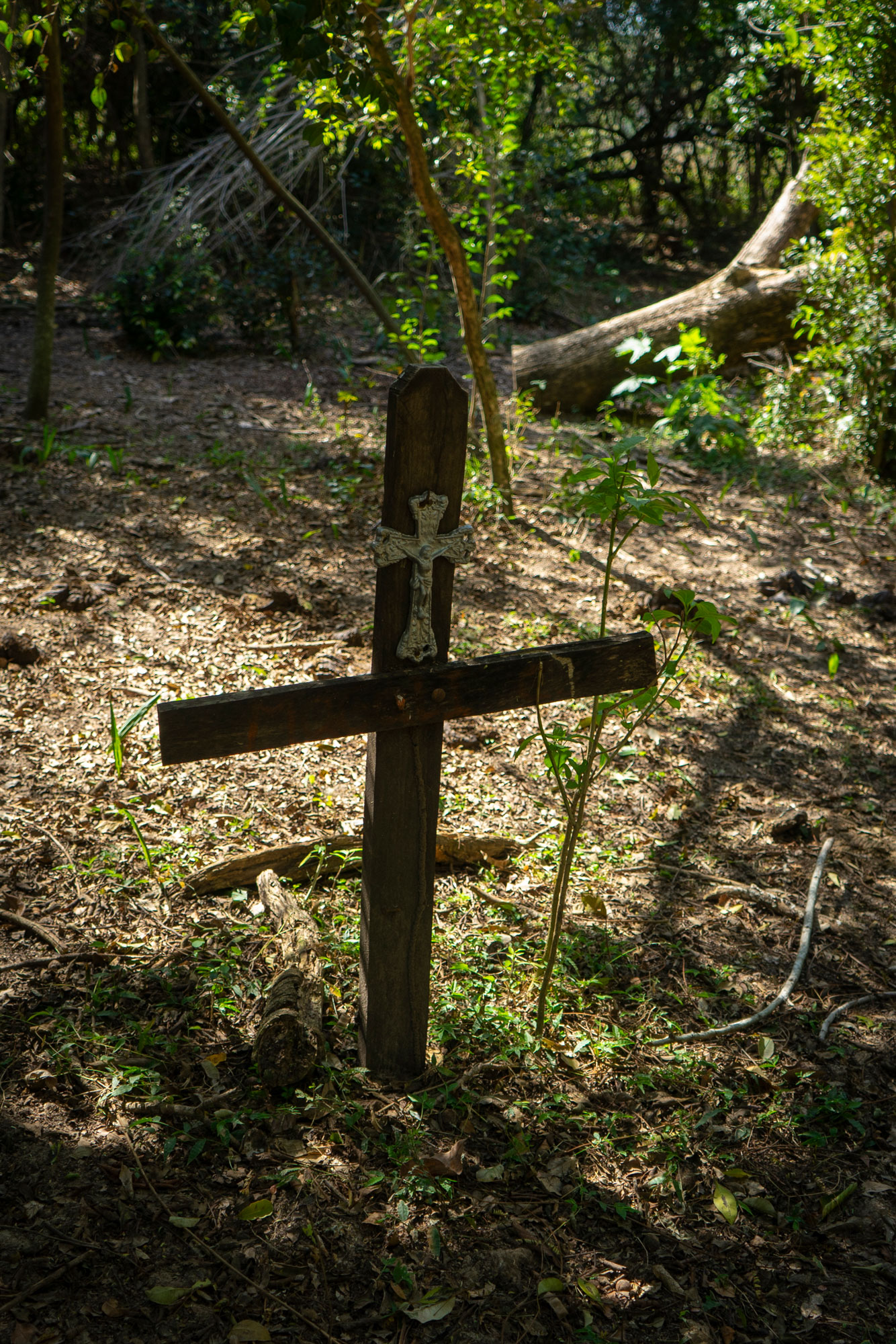 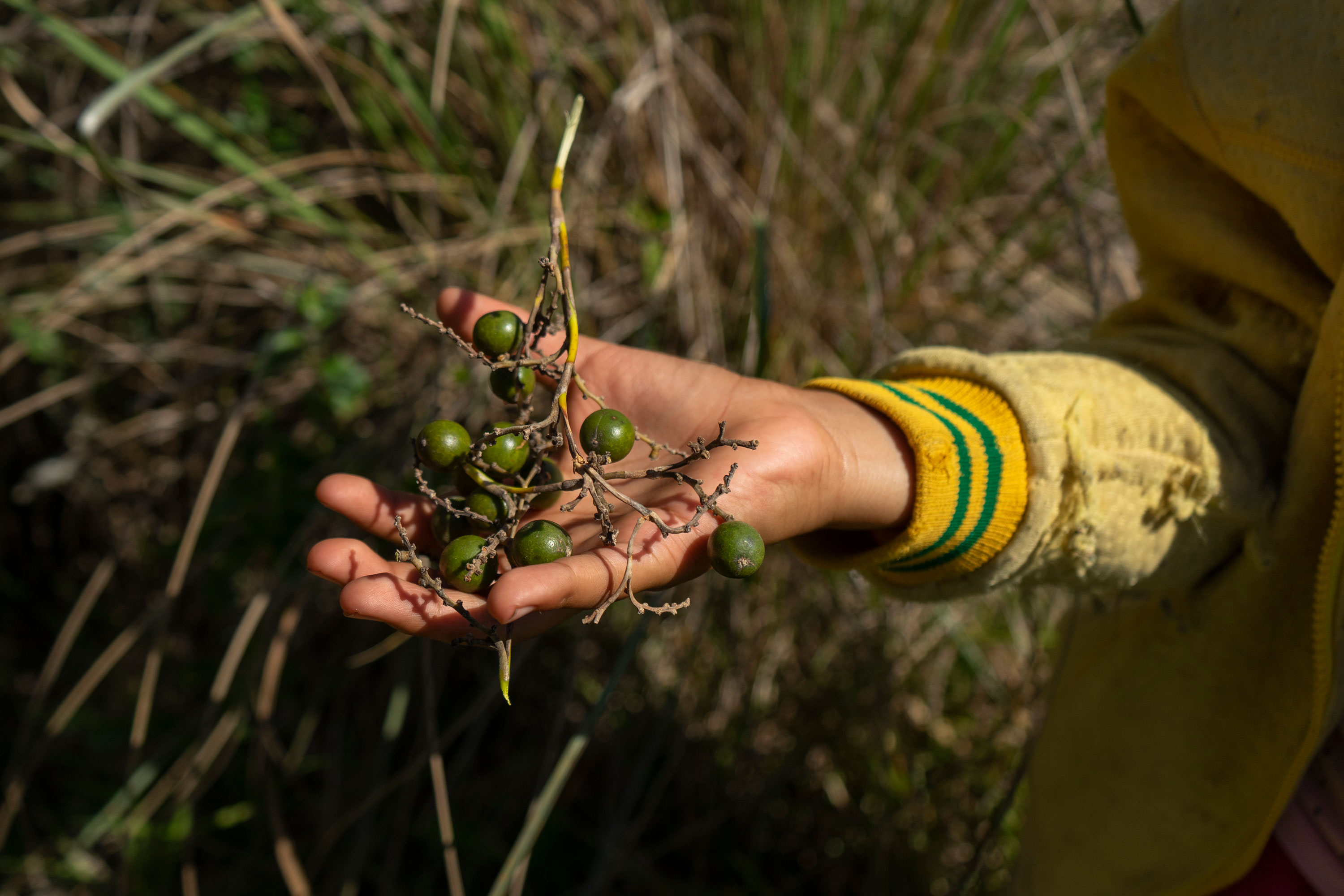 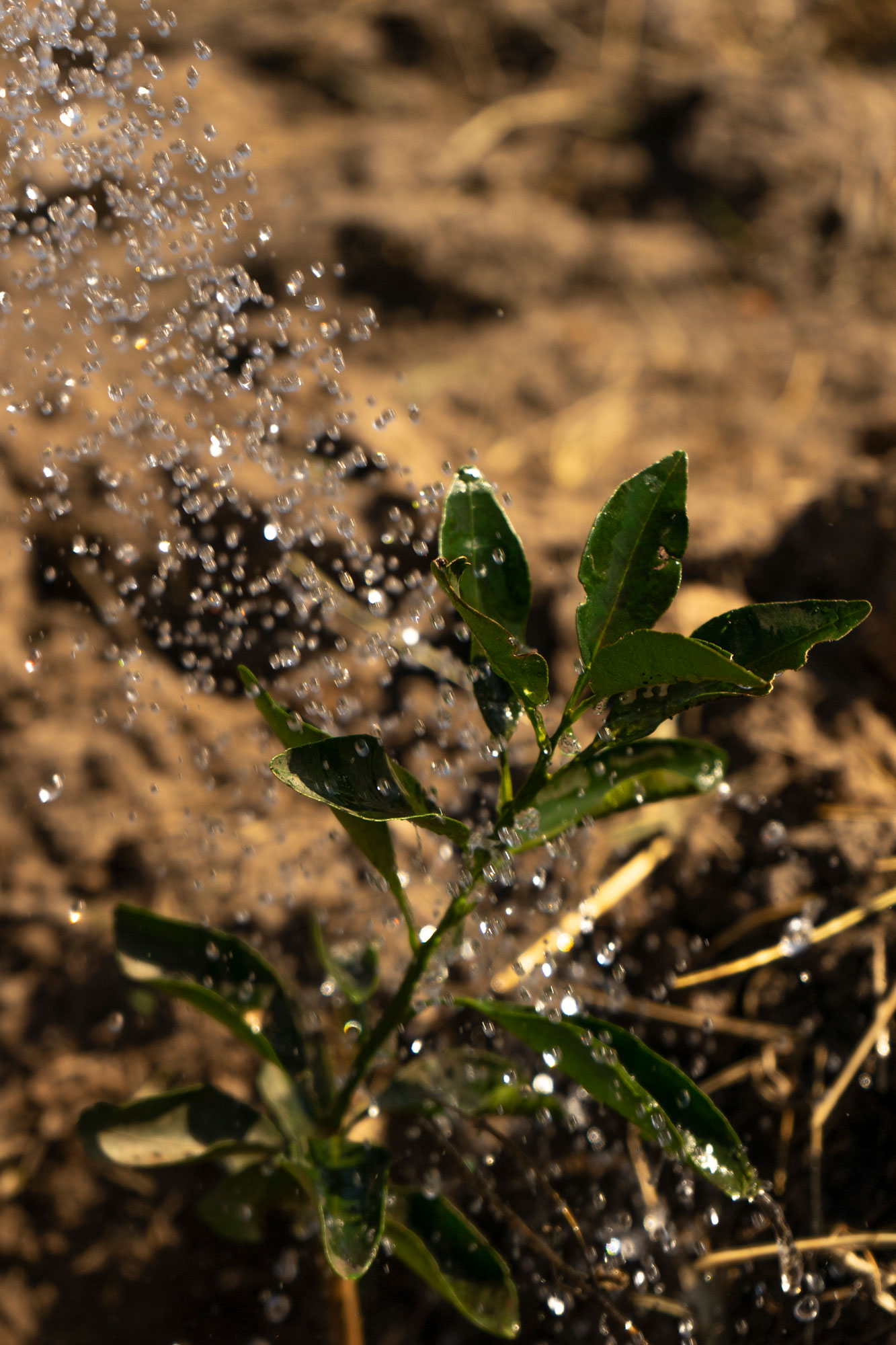 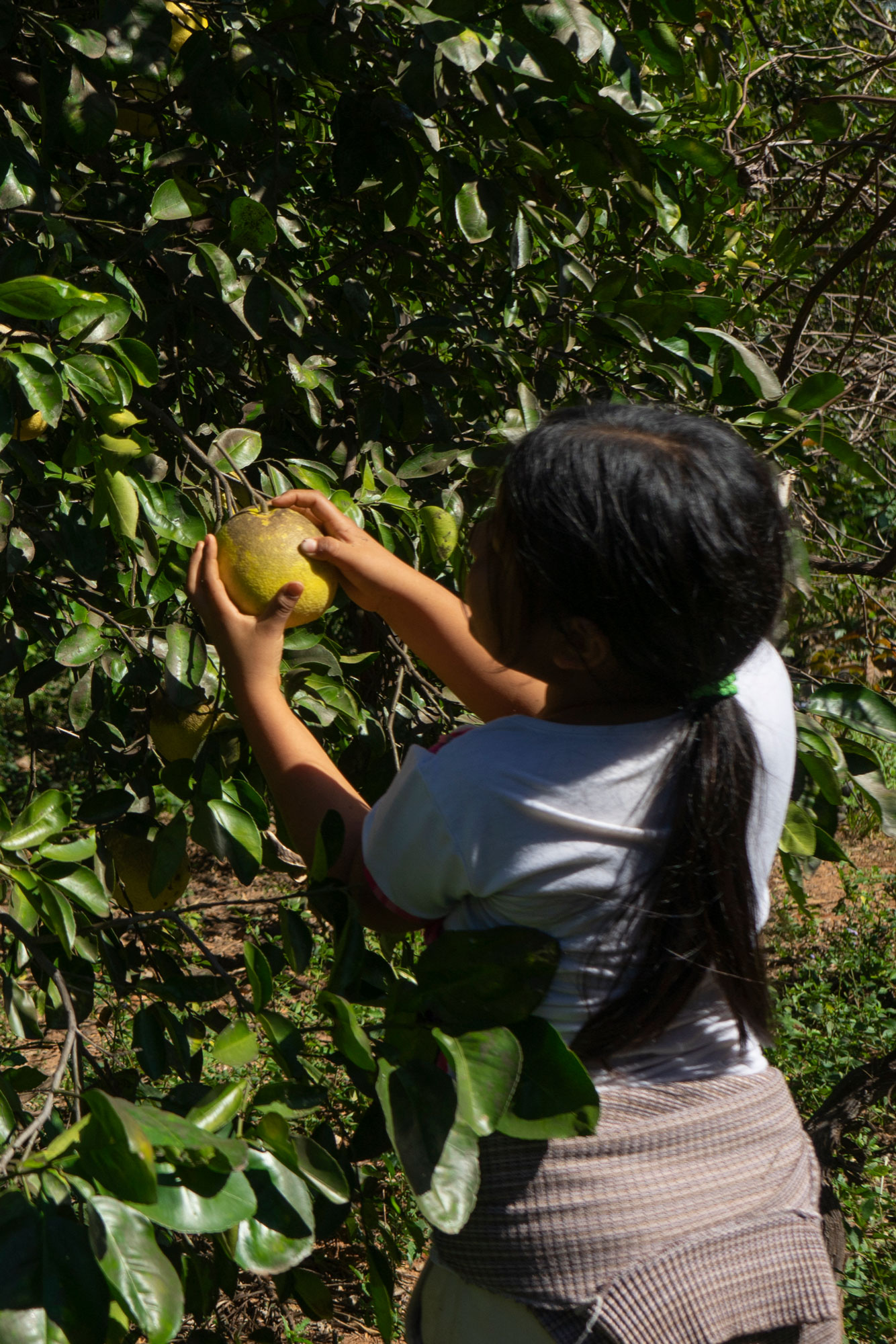 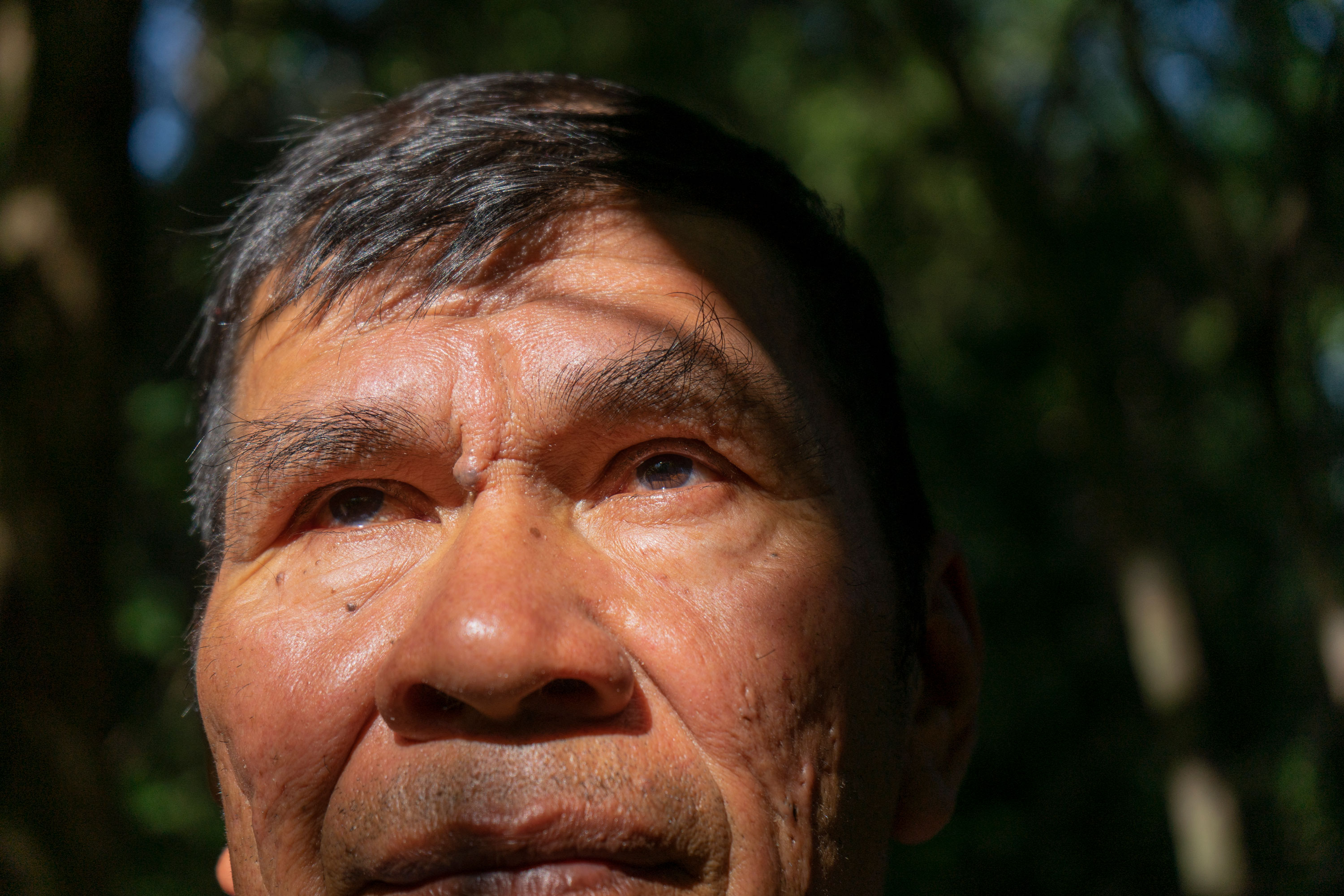 (12 a-b) The Qom People bury their dead in the middle of the forest, lying to rest next to native trees and their fruits.   (13 a-b) The communities are currently developing a project with the support of the International Indigenous Women’s Forum (FIMI). Family and communal gardens are now surrounded by fruit trees.   (14) Don Pedro Marengo reminisces about a time when people only took what was needed from nature and would share it collectively.